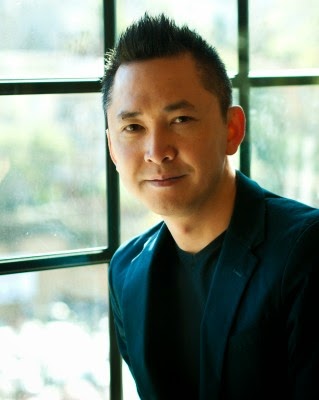 Viet Thanh Nguyen is the author of the new novel The Sympathizer. He also has written the academic book Race and Resistance. His stories have appeared in various publications, including Best New American Voices and TriQuarterly. He teaches English and American Studies at the University of Southern California, and he lives in Los Angeles.

Q: How did you come up with your main character, the narrator, in The Sympathizer?

A: One of the more fascinating kinds of characters from the history of the war was the communist spy who had infiltrated the South Vietnamese military, government, or civil society.

The most famous was a journalist who became the confidante of the most influential American reporters, and whose secret reports were so important that he was promoted to general during his clandestine service.

When it came time to write the novel, this kind of character leapt immediately to mind, because I knew I could hang a compelling story of intrigue on him.

I made him of mixed-race background because there were many Eurasians present in Vietnam as a result of French colonization, and it seemed to me that such a person likely would experience ambiguity if not outright conflict around his identity.

This kind of ambiguity or conflict would be perfect for discussions of cultural misunderstandings and divisions between East and West, but would also transform him as a spy, from someone who was simply living among his enemies to someone whose personal struggles would affect his political sympathies. Not only would be he be a man of two cultures, but a man of two beliefs as well. 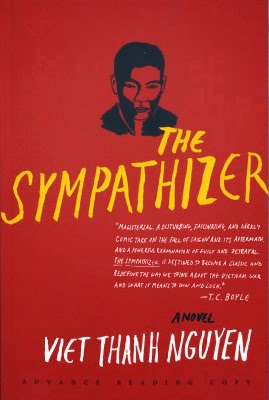 Q: The narrator seems torn or divided in many ways. Can you say more about why you made that a key part of his persona? And how was the book’s title chosen?

A: The country itself had been divided by the French when they colonized it, into Tonkin, Annam, and Cochinchina. Then the country was divided again by the great powers of the Soviet Union, China, and the United States in 1954, into north and south.

So conflict and division were fundamental aspects of Vietnamese history in the 19th and 20th century, and our narrator's personal and political divisions are both a product of that history and come to represent that history.

Because he personally experiences what it means to be divided and rejected by others because of his mixed-race background, he becomes someone who is able to see both sides and sympathize with both sides.

This is the more subtle meaning of sympathy in the title. It seems to me that what is necessary in colonizing a people, or going to war with them, is the refusal of sympathizing, so the narrator's insistence on sympathizing with everyone is meant to be an antidote to such a worldview.

But the other meaning of "The Sympathizer" as a title is that it refers to someone who's taken sides with some ideology, which our narrator has also done. So he's torn again--between taking sides and sympathizing with all sides. That's his drama, his tragedy, and his absurdity.

Q: What do you think are some common perceptions and misperceptions about the impact of the Vietnam War, and what do you hope readers take away from your novel?

A: Perhaps the most common is that the war was fought in Vietnam and involved only Americans and Vietnamese. The war was also fought in Cambodia and Laos to devastating effect, and the postwar ramifications extended into those countries as well.

And while the Soviet Union and the Chinese helped the north, the Americans pulled in many countries to help them in the south, including South Korea, whose economic takeoff was enabled by what the U.S. government paid for the use of South Korean troops and corporations. In short, it was not a "Vietnam" war but a global one condensed into one region.

I hope that readers take away that it was not a war about right versus wrong but right versus right, which is what defines tragedy, according to Hegel.

And what that means, why the novel has any universal meaning, is that we, each of us, will also be confronted at some moment in our lives with having to choose between right and right, as our narrator must.

Q: You’ve also written nonfiction, as well as short stories. How do your various types of writing complement one another?

A: My nonfiction has taken the form of blog-writing and academic writing.

Blog-writing has been key to developing a more audience-friendly voice in which humor can play a key role. It was really through writing my blog (my essays can be found on diacritics.org, the leading online source on Vietnamese and diasporic arts, culture and politics) that I learned how to be more playful and funny. That shows up in the voice of my narrator.

As for my academic writing, I am a scholar of literature, ethnicity, war, and memory, and my reading into historical matters and literary and cultural theory has deeply informed the novel.

Choosing a narrator who is torn between two sides and who is capable of sympathizing with anyone is an outcome of my academic thinking about how relations with self and other are fundamental to how war and imperialism are carried out, as well as movements of resistance to them.

A: I'm finishing an academic book, War, Memory, Identity, which I think of as the critical bookend to a creative project whose fictional bookend is The Sympathizer.

War, Memory, Identity makes explicit my theoretical thinking about war, memory, and the other that the novel deals with through plot, character, theme, and symbol. After that, I'll turn to writing the sequel to The Sympathizer.

A: Thanks for giving me this opportunity!