Martha Jo Black is the co-author, with Chuck Schoffner, of the new biography Joe Black: More Than a Dodger, which looks at the life of her father, who pitched for the Brooklyn Dodgers. She works for the Chicago White Sox, and she lives in Chicago.

Q: Why did you decide to write this biography of your late father, Joe Black?

A: I had a dream, literally!...I was at work, and I thought, I should write a book! It came out of nowhere. I went to [boss and family friend] Jerry Reinsdorf, and said I want to write a book about my dad. He said, About baseball? And I said, No, about my dad! He said, You work for me—we need to get you a co-writer…

I wanted to keep my dad’s legacy [going]—I loved my father so much, I wanted to share his story with the world. He went through so much—he fought for his daughter [in a custody battle that he won] in the 1970s. 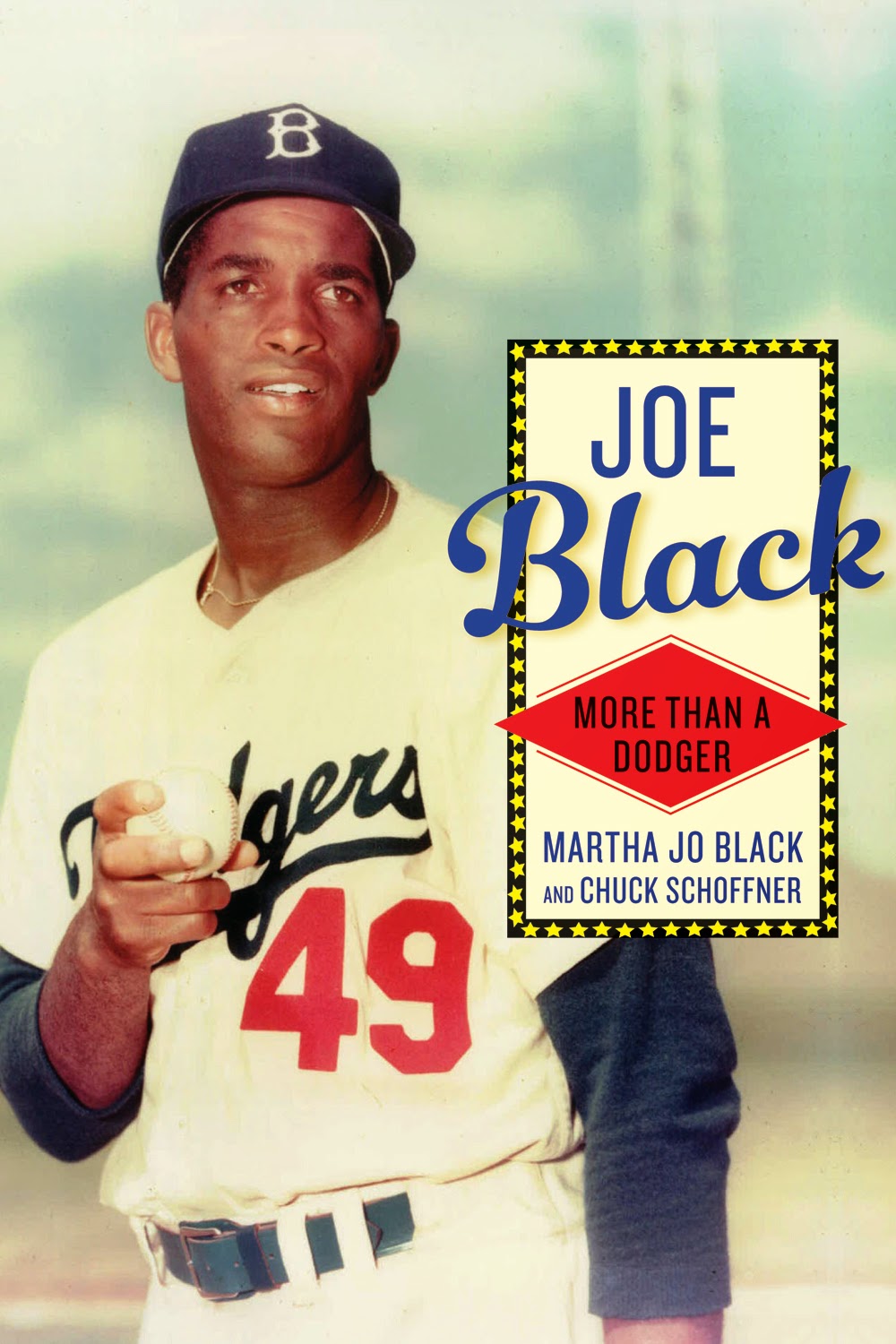 Q: You and your father clearly had a very close relationship, as you describe in the book. Did you feel torn as you wrote the book between your roles as biographer and daughter?

A: No, because what happened—this took seven years to write, I was here working [for the White Sox]—Chuck Schoffner and I talked and e-mailed every single day. Instead of two voices, he took notes from me, and merged them all together. That made it a lot easier—I’m grateful that Chuck was willing to take on this task.

There were times [that it was difficult], because my father and I were so close—I would have to relive my father’s death. But the big picture is that it was also a healing process.

Q: You say it took seven years—were you going over it a lot, or figuring out what parts of his life to include?

A: I did go over things a lot. I wasn’t around when my dad played baseball. To make sure everything was correct, I showed [longtime Los Angeles Dodgers president] Peter O’Malley and Jerry Reinsdorf everything.

Q: Your father played major league baseball less than a decade after Jackie Robinson broke the color barrier. How did this experience affect him, and how did he reflect upon those years to you as you were growing up?

A: Now that I am older, I can understand. My dad emphasized that everybody was the same, and that you should treat everybody as you would like to be treated. It was because of [his experiences with] segregation. I wasn’t getting it then.

I believe everything good, bad, and ugly that he went through helped him raise me—I can do this because it’s all how you treat people.

Sometimes women are accused of being weak—I am not weak, but I treat people how I want to be treated. When he was pitching in the World Series, another writer said [my father] was thinking about how a scout said he couldn’t pitch because he was colored. Whatever you put out there comes back to you…

Q: You’ve discussed how your father won custody of you in the 1970s, which was unusual. How did that affect you?

A: I didn’t really miss anything. My dad was doing my hair. My dad’s hand was twice my size. I didn’t know anything different. He was on the phone with my cousins: What do I do with [her] hair? I started going to a hairdresser at age 6….

My dad gave me the sex ed talk, he met all my friends. I never felt I was missing anything—maybe that was me being so overprotected.…

Q: You also work in baseball. How do you see your father’s legacy today?

A: [Copies of the book are being donated to] Lost Boyz Inc., [which funds] an African-American Little League team…so young people can remember how things were then. We don’t have a lot of people talking about history, and that’s how young people learn. You have to understand the past to [figure out] the future…

Q: How did you end up working in baseball?

A: I got out of school in 1992, and my dad said an organization was coming here [to Arizona}—it was the Arizona Fall League. My dad was a consultant for MLB, and my father and I went to the interview. I didn’t talk very much!

I started working with the Fall League, and [later] my dad sent my resume to his friends—Jerry Reinsdorf, Ted Turner. I took a job with the White Sox in 1993. I started in the ticket office, and worked my way up. Then I went to [the law firm] Winston and Strawn in 2000.

I was there until 2004. By then, both my parents were deceased. Jerry Reinsdorf would e-mail me to check on me. I needed to know somebody cares about me…I am grateful for all my father’s friends. They all have looked out for me. They knew how close we were.

Q: Are you considering writing another book?

A: I have done weddings here, and a couple of people have said, You should do baseball and weddings. I would have to ask all the people [who had weddings here] if they were OK with it.

For now, I want this book to do well. It has so much to offer, with everything going on in the country today—it’s telling this country’s story still…

A: My father was an amazing father. He was very giving. It’s important that we all give back to somebody or to some organization. [The saying went,] I am my brother’s keeper—if I can’t figure it out, I will find somebody who can….It’s important to know.