Jim Grimsley is the author of the new memoir How I Shed My Skin: Unlearning the Racist Lessons of a Southern Childhood. His other books include  Dream Boy and Winter Birds. He teaches at Emory University.

Q: Why did you decide to write a memoir, and why did you choose to focus on the issue of race?

A: The years when I lived through the integration of the public school system in North Carolina had always stayed with me, and I wanted to tell the story of what that time was like.

The children in my community were given the job of dealing with the fact that we were in the same room together as equals, something that our parents never prepared us for.

I wanted to tell that story, and I also wanted to show the ways that this process transformed me from a person filled with bad information about black people, a young racist in the making. To have the right impact, I had to tell this as my own true story and to expose what was in me at the time. So I chose to write a memoir. 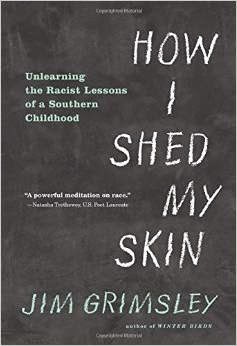 Q: You write, “We lived in a world that had taken a radical step in a direction of which we were uncertain. Integration was only one part of the sum.” How were you affected by all the changes going on during your adolescence, both in your community and in the larger world?

A: My world opened up as I came to understand that most of what I had learned to that point – age 11 or so – was wrong. To some degree this is the natural process of growing up, but in my case, in that little town in 1966, what changed was that I understood the black girls in my classroom were just like me.

They were boisterous, lively children, just like the rest of my classmates, but they had the burden of being black in a room where the large majority of the kids were white and looked down on them.

They stood their ground with incredible courage and showed the rest of us that they were ready for whatever we had to throw at them. Watching this process made me respect them and taught me a lot about courage.

All this took place against the backdrop of the 1960s, and along with this lesson in racism and equality came the turmoil of that time.

I learned that a nation could engage in a war that many people considered to be unjust, and that the reaction to such a war could unravel the social fabric.

The protests over our troops in Vietnam merged with the racial unrest in the inner cities to demonstrate that the nation could be rocked by the actions of people on the streets. Movements began that involved the place of women in the world, and people began to talk about gay rights.

The very staid, conservative world that I had inherited was suddenly showing all kinds of cracks as people decided to change. The time was very exciting, and the energy of these larger movements spilled into my little rural town in North Carolina. In living through these years, I felt as though I were taking part in something large and grand. 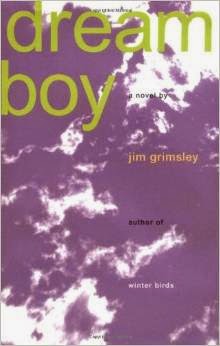 Q: Toward the end of the book, you describe your 40th high school reunion. Looking back at the time you describe in your book, what has changed and what has remained the same?

A: The laws have changed, the people have stayed the same. I suppose this is the simple way to say it, in terms of relations between black people and white people.

Laws that imposed separation between the races have been nullified, and barriers of that kind have largely vanished from the world. But people, their need for difference, for inequality, have not changed, in essence.

So we’ve learned that laws are only part of the problem of racism. White people still want to see themselves as the crown of creation and to look down on people of color as inferior and ignorant. This is a drastic oversimplification, of course, but it is a useful one since there is a good deal of truth in it.

Meanwhile the world has grown vastly complex and small. In my childhood, the world outside the United States stood at a comfortable distance from us; nowadays all the countries of the world stand shoulder to shoulder, crowding and jostling one another.

The racial makeup of the world of 50 years ago was essentially black and white; in the world I live in now, there are people of all kinds living together in the south. Yet still the old prejudices hold true.

Q: In addition to your memoir, you’ve also written novels and plays. Do you have a preference, and is your writing process the same or different?

A: I used to have a good answer for those questions, but now I don’t know exactly what to say about my writing. I’ve always put importance on placing my next work in a different territory and form from my last work.

Playwriting is quick and intense; novels are long and one lays siege to them in order to find out what is in them. When I write a short story I have to start at exactly the right point in order to obtain the necessary brevity to make the fiction work.

Writing non-fiction, as I’ve done in this memoir, has always been the most difficult kind of writing for me, because it requires me to speak within the constraint of facts, to make meaning directly with my own voice.

Each of these kinds of writing requires a different approach, though they derive from the same place, the part of me that fell in love with words and language so long ago. I suppose of all the kinds of writing I do, prose fiction is what feels most comfortable, but I’m wary of the idea of comfort where writing is concerned. 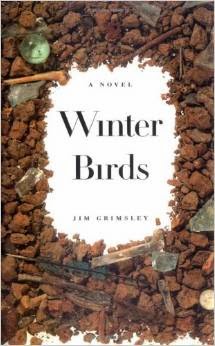 A: I am writing a novel about a large public hospital in Atlanta as it undergoes a gigantic building project that leads to its administration shifting from mostly white people to mostly black people.

This story derives from the 20-odd years I spent working at Grady Memorial Hospital here in Atlanta, during the years when black people were asserting their political power. It’s a different kind of book than I’ve written before, with a larger scope and cast of characters than I’m used to, so it presents new challenges. I’m also working on a number of short stories and a new play.

A: Thanks for inviting me to be on your site.