Diana Preston is the author of the new book A Higher Form of Killing: Six Weeks in World War I That Forever Changed the Nature of Warfare. Her other books include Lusitania: An Epic Tragedy, Before the Fallout, and The Boxer Rebellion. She lives in London.

Q: Why did you decide to group these three developments in warfare--the use of poison gas, the sinking of the Lusitania, and zeppelin bombing raids--all initiated by the Germans in World War I, into one book?

A: While writing and researching my earlier book Lusitania: An Epic Tragedy about the British Cunard liner torpedoed and sunk by a German U-boat in May 1915 with huge loss of civilian life, I was particularly struck by what else had happened around that time.

Just a few days earlier, on 22 April 1915, German troops had unleashed chlorine gas over French and Canadian troops at Ypres on the Western Front in the world’s first poison gas attack and just three weeks after the sinking on 31 May a single German Zeppelin dropped bombs for the first time on London’s civilian population.

All three acts were not only illegal under international law but changed the nature of warfare. Poison gas, torpedo-bearing submarines and Zeppelin airships armed with bombs were not only examples of how new technology was being increasingly harnessed to kill ever larger numbers of people ever more remotely but also of weapons designed to have a profound psychological as well as physical effect on their victims.

Fritz Haber, the German chemist who suggested using chlorine gas and oversaw its manufacture and deployment on the battlefield, later called it "a higher form of killing."

Admiral von Tirpitz said of the bombing of London: "The English are now in terror of Zeppelins, perhaps not without reason." Though considering indiscriminate bombing "repulsive" when it "killed an old woman," he saw the potential that "if one could set fire to London in thirty places then the repulsiveness would be lost sight of."

I believe the three events that I link in my book together represent the beginning of weapons of mass destruction. 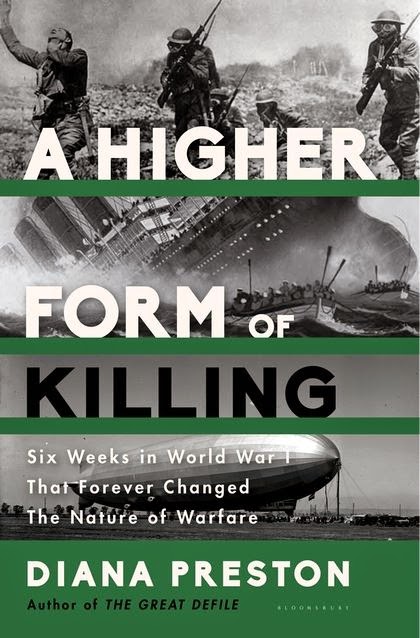 Q: At the time, 100 years ago, were they seen as one combined strategy or as separate developments?

A: The three illegal attacks do not seem to have been coordinated as part of any overarching strategy. However, nine months after the beginning of the war they all had the same objective – to break the stalemate on the Western Front and deliver to the German government the quick victory on which the German military planning and war economy depended.

I say "seem not to have been coordinated" because the records in the German archives on the decision-making leading up to the three attacks – and in particular the use of poison gas and the sinking of the Lusitania – are incomplete or in one or two cases have been tampered with making it difficult to be certain of the decision-making process.

I believe the destruction, pruning and revision of the records took place towards the end of the First World War when Germany’s Kaiser Wilhelm II  - among whose titles was that of Supreme War Lord - feared being arraigned on war crimes charges as responsible for the attacks. 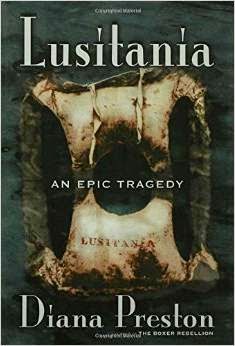 Q: In the book, you describe the psychological impact of this type of warfare. Had there been anything comparable before World War I?

A: This is a very good question. To my knowledge – and I stand ready to be corrected – there had never been previously such explicit and focussed discussion of the psychological impact of any new weapon before its introduction.

The psychologically frightening effect of poison gas had been advanced by a British admiral in his proposal for its use by the British navy in both the Napoleonic and Crimean wars, but his proposals had been rejected on both occasions because the use of gas was considered by the British government "uncivilised."

Similar proposals by American scientists were rejected for similar reasons by the U.S. authorities in the U.S. Civil War.

This is not to say that commanders were previously blind to the psychological impact of their actions. Shows of overwhelming military force in front of besieged cities and the display of dead prisoners – or even their execution – had been used to accelerate the surrender of territories or armies.

Threats of no quarter or of a town being given over to fire and loot if it did not immediately surrender had been common to hasten capitulations. 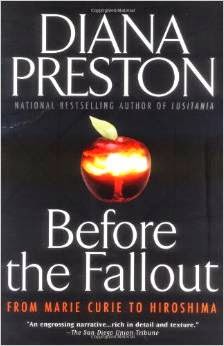 Q: What do you see as the legacy of each of these types of warfare today, and how effective do you think international conventions regulating war are?

A: Each of the three types of warfare left its legacy. The bombing of civilian targets subsequently became commonplace in the Second World War – the German Luftwaffe’s "blitz" on London, the Allied firebombing of Tokyo, Dresden and Hamburg and the atom bombing of Hiroshima and Nagasaki stand out.

Allied commanders justified such bombing by the exculpation - used by Fritz Haber of gas – that it was no worse than other methods of warfare and that it would shorten the war and save many Allied lives.

Air Chief Marshal Arthur Harris, the head of Britain’s bomber force, wrote "bombing proved a comparatively humane method. For one thing it saved the flower of the youth of this country and of our allies being mown down by the military in the field, as it was in Flanders in the war of 1914-18."

When considering targets in Japan for the first atomic bombing, the Manhattan Project targeting committee agreed "that psychological factors in the target’s selection were of great importance. Two aspects of this are, (1) obtaining the greatest psychological effect against Japan and (2) making the initial use sufficiently spectacular for the importance of the weapon to be internationally recognised when publicity on it is released." …

Attacks without warning on merchant shipping – the type of "unrestricted" submarine warfare which claimed the Lusitania – became an accepted means of attack during the Second World War although still illegal under international law….

Of the three types of warfare, poison gas - or chemical warfare as we call it today – still rouses particular revulsion. After World War One, in 1925 an intergovernmental conference in Geneva agreed a protocol prohibiting the use of chemical and bacteriological weapons including poison gas.

However, in the 1930s Italy used poison gas in Abyssinia, as did Japan in its invasion of China. Gas was not used militarily in World War Two, although the Nazis of course used it in the Holocaust.

The Geneva protocol still remains in force and 138 states now adhere to it. Nevertheless poison gas was used in the Yemen civil war in the 1960s and by Iraq in the Iran-Iraq War in the 1980s. The most infamous use of gas by Iraq was against its own Iraqi Kurdish civilians at Halabjah on 16 March 1988 when 5,000 of the town’s 50,000 population were killed.

In 1994 terrorists first used poison gas when a Japanese sect released sarin gas in Matsumoto. A year later they released the same gas in the Tokyo subway. 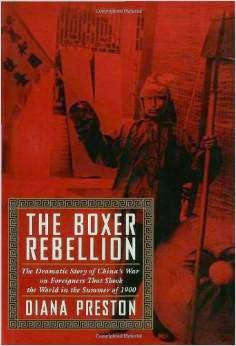 In 1997, the U.S., Russia and other countries agreed a chemical weapons convention prohibiting research on and use of such weapons and agreeing the gradual destruction of existing stocks.

However, in 2013 UN chemical inspectors found compelling evidence that Syrian government troops had used sarin nerve gas. Then in April 2014 and earlier this year, 2015, more evidence of chlorine gas being used in Syria emerged a hundred years after its first use by German troops.

Despite these breaches of international law, I think that international, intergovernmental conventions are our best hope of regulating weapons and conflict today.

However, they can only be truly effective when all major governments adhere to them, when there are agreed measures for enforcing them and appropriate impartial courts for punishing infringements of them.

A: My next book will be something rather different – tracing European exploration of the Pacific from the voyages of Captain Cook to the Bounty mutiny to the founding of the first British penal colony in what was to become Australia.

A: I should add that as well as dealing with "big" issues - many relevant to the problems of our own world - A Higher Form of Killing is also a book about human experience.

Wherever possible I’ve tried to tell the stories of the three central events through the eyes of those who were there – from millionaire Alfred Gwynne Vanderbilt who, though he couldn’t swim, gave his lifejacket to a woman who didn’t have one in the Lusitania’s dying moments and spent the last minutes of his life throwing children and babies into the lifeboats to the little girl in London who ran up a burning staircase to rescue her baby sister when a Zeppelin bomb fell on her house.

I‘d also just like to say that I’ll be talking about these issues - and Lusitania in particular - at the National World War One Museum Kansas City on the evening of 5 May and the Smithsonian in Washington, D.C., on the evening of 7 May (S. Dillon Ripley Center, 6:45 p.m.) if anyone would like to join me there.