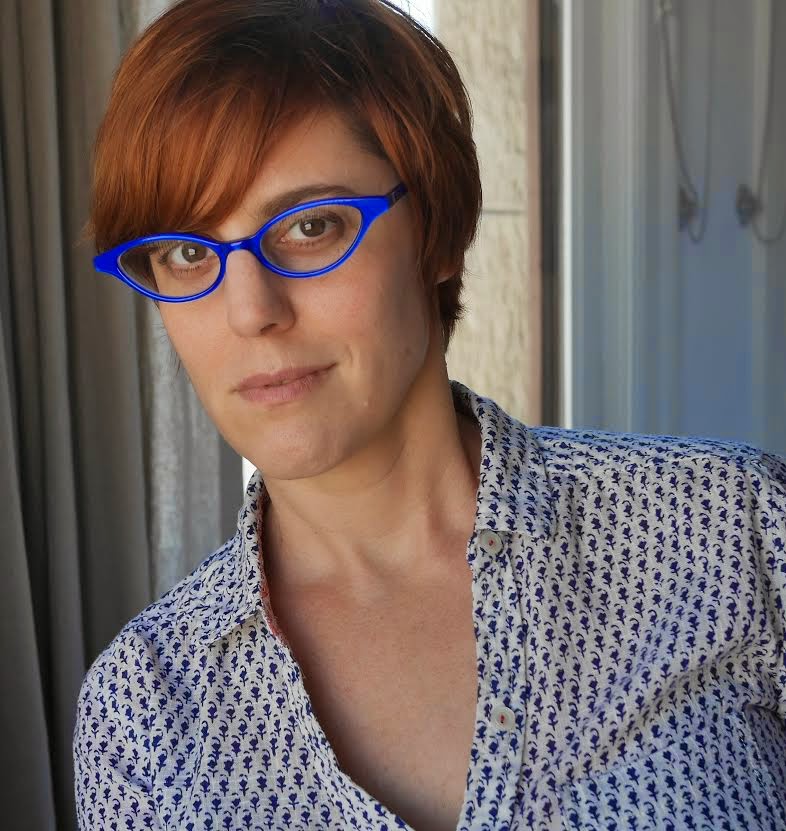 Michal Lemberger is the author of the new book After Abel and Other Stories. She has taught at UCLA and the American Jewish University, and her work has appeared in a variety of publications, including Slate and Salon. She lives in Los Angeles.

Q: How did you get the idea for this book, and what do your stories highlight about the role of women in the Bible?

A: The first question is a lot easier to answer! I’ve been studying the Bible from a scholarly perspective for a long time, as part of my dissertation, and then teaching the Bible as literature. Most recently, I taught for four years at the American Jewish University in a master’s of education program. That allowed me to get into the text more deeply than I had before.

The way the book started was with Lot’s wife. I had wanted to include her in my dissertation…but she just didn’t fit….I guess she was always in the back of my mind. I had spent these years immersed in biblical scholarship, and it came to me quite suddenly that everyone had focused their attention in [what I saw as] the wrong way.

The phrase in my mind was that everyone got the story wrong. For Christianity, the story is about sodomy, which never happened in the story.  Jews talked about the story as a lack of hospitality.

[But] at the center of the story is a man who offers his young daughters to be gang-raped. No one had dealt with it from that viewpoint. I have two daughters—what would I do if someone threatened them? I would burn the town down. It was about putting myself into the character’s [perspective]. That’s how the book started.

I showed it to my husband—who is a very good father! He said I should turn it into a book. I laughed it off—I don’t really write fiction. He really didn’t let it go.

I wrote a second story—about Zeresh, Haman’s wife. He said, You’re going to have to write about Eve. So I sat down and wrote about Eve.

Then I didn’t know what to do. I started another story, which wasn’t going well. That’s when I got a book contract—and I sat down and wrote the rest of the book. It was unexpected. I certainly didn’t expect it to be like that.

For your second question, a lot of people have done this kind of work. I’m not the first to enter the female sphere. The Red Tent is the most famous. A lot of poets have done it….

People have engaged with this from the women’s perspective. What I was trying to do was to show the variety in that experience. It’s so easy to think that women’s presence in the Bible is uniform, and it’s not uniform at all…

They don’t all come off so positively. My goal wasn’t to say women have been oppressed and we need to show them as great heroines. My goal was to say how different and rich the characters are, or we can imagine them to be. 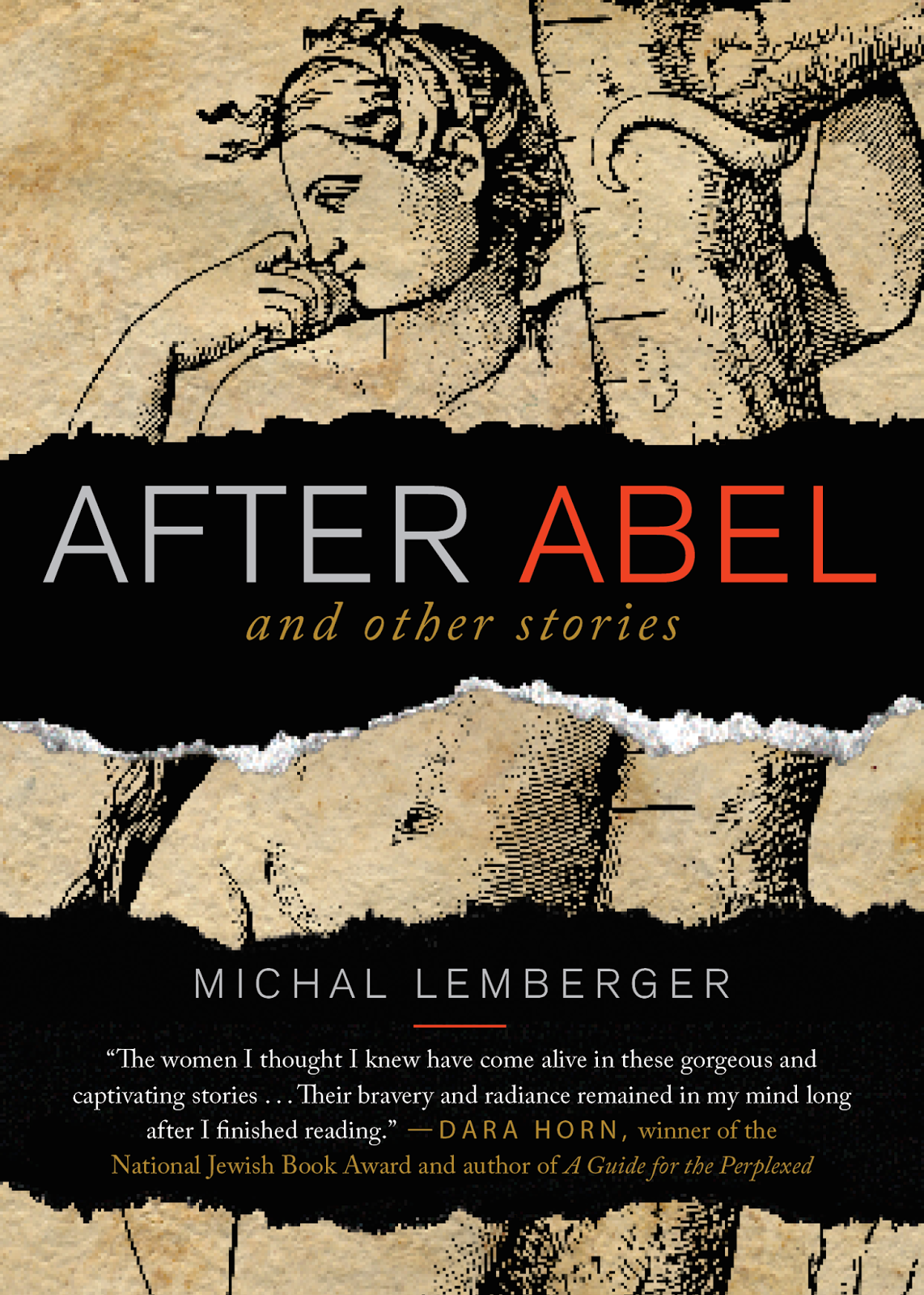 Q: That leads into my next question, which was about the range of biblical women in your stories. How did you select which figures to include?

A: They were just stories I was interested in and thought I could write about. I wasn’t going to write about the matriarchs; I didn’t want to repeat The Red Tent….

I wanted a variety of situations and relationships. The book is all about relationships. I wanted stories that were not just about husbands and wives…

Q: Some of the stories are written in first person and some in third person. How did you decide on the approach?

A: That’s so hard to answer. Those stories lent themselves to be written that way. The story I struggled with most was “Saul’s Daughter.” I rewrote a chunk of it five or six times and couldn’t figure it out—and then I found the voice….

Q: You write, “Ruth is a rare text in the Bible. Not only does it revolve around women, it gives the women a real story arc, from loss to rebirth.” What is known about this text and its focus on women, and why did you decide not to write a story about Ruth and Naomi?

A: I love the Book of Ruth, not because I can identify with that world; it’s repressive and patriarchal. But [this story] is not about kings, or prophets, or the rich, but real people, and that’s not what most of the Bible is about….

The Book of Ruth is not about the leading class, but about the most distant from the elite as you can get—two widows. Widows are in terrible straits, the lowest rung of this society. Everything is so dominated by male ownership. A widow doesn’t inherit from her husband, her son does—and if she has no son, she’s in dire straits.

We see all of this richness and cultural setting by seeing this story. One detail I love is the way the neighbor women react. It’s about a community of women—it pulls back the curtain a tiny bit: Here’s the official story, but if you look in the corner, a whole different story is happening that’s not dictated by the official story.

Q: So why didn’t you write your own version?

A: Because I didn’t think I could improve on it. I don’t think I’m improving the Bible! But [I was looking for] an opening for me to see a woman’s story and bring light on it, more than was already there. There has to be a hook; because I do have a background and the scholarship, there has to be something textually-based. With the Book of Ruth, I didn’t see it.

Q: So how did the Book of Ruth, which is unusual in its focus on women, come to be?

A: This is an extraordinary text. It looks somewhat like other texts from the ancient world…[but] this was a Jewish version of the story. Eventually, somebody tacked on the end that Ruth was David’s great-grandmother, and this gave it legitimacy as part of the Jewish corpus.

Scholars think the book made it into the Bible because of the genealogy, but the story has power because of the declaration of faith. David needed a genealogy—this guy rises up out of nowhere, and that’s not how the Bible treats people….

Q: Now that you’ve written fiction, will you continue with that, or focus on poetry or scholarship?

A: I’m going to try my hand at fiction again. I don’t like to be too definitive about all of this. I’m going to go back to poetry, that’s my baseline, but I’m feeling less and less like poetry is [my primary focus in publishing]—there’s so much good poetry out there, I think maybe my future is to write poems but not necessarily try to compete, in terms of putting out books.

I’m not limiting my choices. I don’t really write scholarly work, but I do do some essays. For now, I’m gearing up for another fiction project.

Q: Anything else we should know about After Abel?

A: I hope people enjoy it. I hope it makes them go back to the source texts. The Bible is a really great book—I think people should read it!...I hope it will make people think about the original as a text, a great book to think about. I hope people understand that [After Abel] is a book that’s very deeply grateful to the original source, and not trying to supplant it or make a claim it’s incomplete.