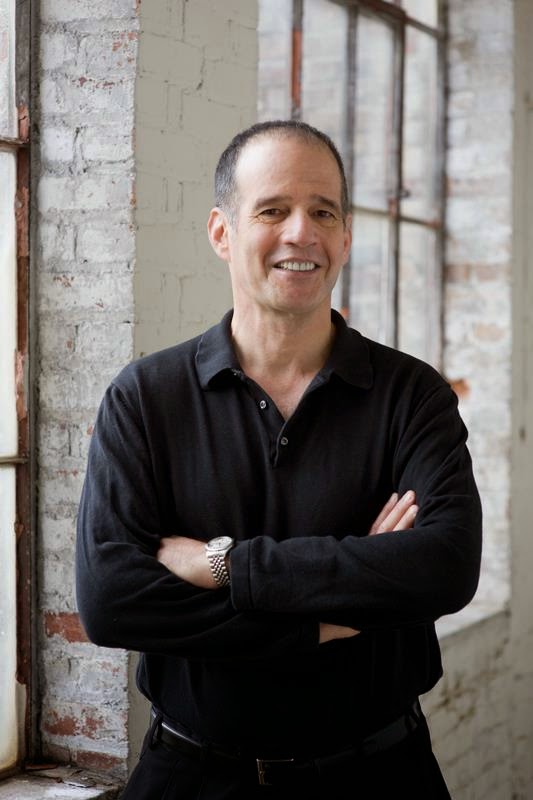 Barry Strauss is the author of the new book The Death of Caesar: The Story of History's Most Famous Assassination. His other books include Masters of Command, The Trojan War and The Spartacus War. He is chair of the department of history at Cornell University and director of Cornell's Program on Freedom and Free Societies. He lives in Ithaca, New York.

Q: Why did you decide to write about Caesar’s death?

A: I decided to write about it because I thought there were some open questions that scholars hadn’t answered. It’s well known among scholars that the version in Shakespeare is not the entire truth.

For me, the entry into the subject was the question of the gladiators and what they were doing outside the Senate on the Ides of March. I had written about Spartacus [and military history] and that led me into questions about the owners of the gladiators…and the question of just what the conspirators’ plan was. The usual picture is that they were amateurs. I realized that wasn’t true. They were military professionals.

In broader terms, we are undergoing a renaissance in Caesar studies. Caesar was very unfashionable after the Second World War. Megalomaniacal dictators were not in fashion after World War II. More broadly, there have been new perspectives on the politics of the late Roman Republic—that the common people played a greater role.

Also, for me, it turned out there was terrific new work on one of the sources, the work of Nicholas of Damascus, which Shakespeare didn’t read and most people never heard of, but he was the most realistic of the writers [on the topic]. 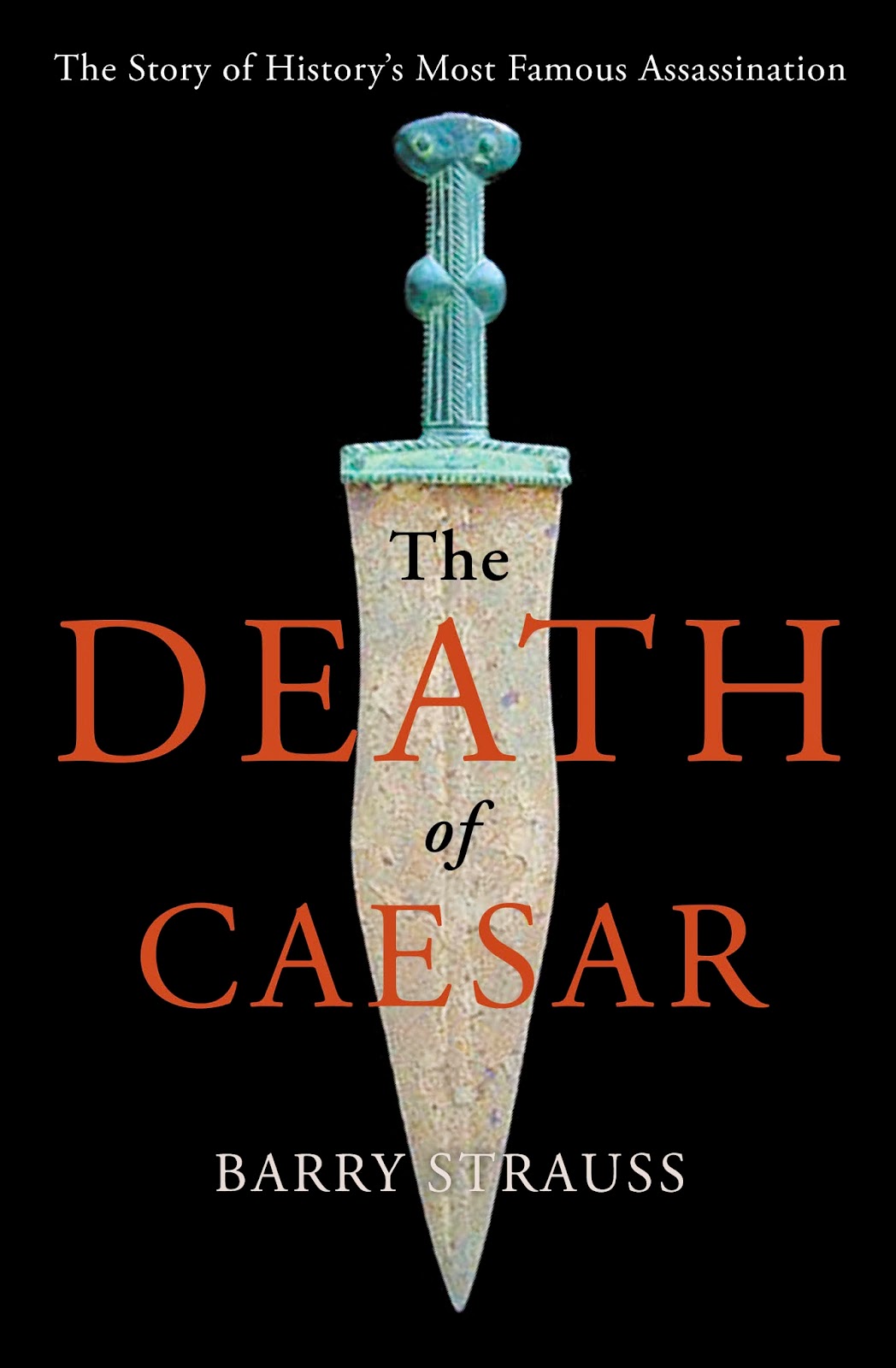 Q: What are some of the greatest misperceptions about the events surrounding the Ides of March?

A: It’s hard to answer because I’m so close to the subject. I’d say some people think it’s just fiction from Shakespeare. Second, I think there are people who think it’s all about Brutus and Cassius, especially Brutus, when there was a third man, Decimus, who played a key role.

Third, people who read Shakespeare think it’s a story about principle versus friendship—that Brutus reluctantly decides to murder a friend.

It’s more complicated—he came to the conclusion that Caesar threatened his power, his prestige, his way of life. And Caesar wasn’t his friend. Brutus opposed Caesar in the civil war. They had a relationship of convenience, but they weren’t friends at all.

The person who was Caesar’s friend was Decimus Brutus—in a way, he’s the one who betrayed a friend. These are military men behaving more for careerist motives than personal ones.

People also aren’t aware that Cleopatra was part of the story. She actually was there in Rome on the Ides of March….in a villa just outside the city. [People feared Caesar wanted to be king] and one of the reasons was that his mistress was a queen, and probably the mother of his illegitimate child. When somebody is spending so much time with a queen, you see some truth [to that]. 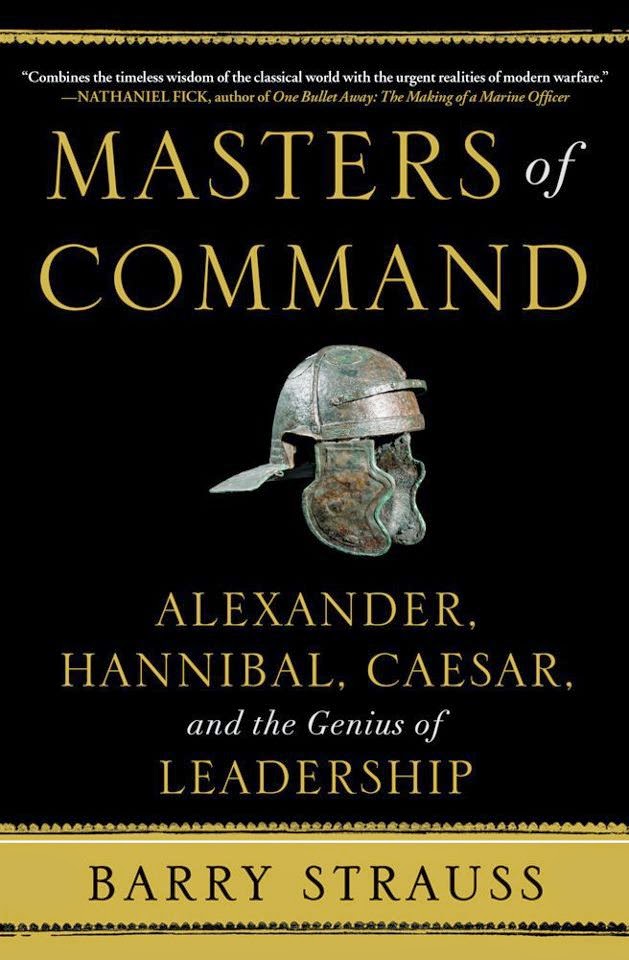 Q: You’ve mentioned Decimus, and in the book, you write, “One thing is certain—Decimus played a central role.” Why has his role been minimized over the centuries?

A: Partly because of Shakespeare, who got most of his information from Plutarch. He was not impressed by Decimus. Plutarch gets his information mostly from memoirs written by Brutus’s friends and family, which emphasize the role of Brutus.

Plutarch was [a Greek philosopher] and Brutus was a philhellene and a philosopher—he was Plutarch’s kind of guy. Decimus was not. He was a Roman’s Roman, a soldier. Decimus did not have family and friends writing memoirs. Brutus was inspiring; Decimus was more narrow in his appeal.

Decimus was very much an enemy of Augustus. Augustus’s propagandists did not want Decimus to be remembered. 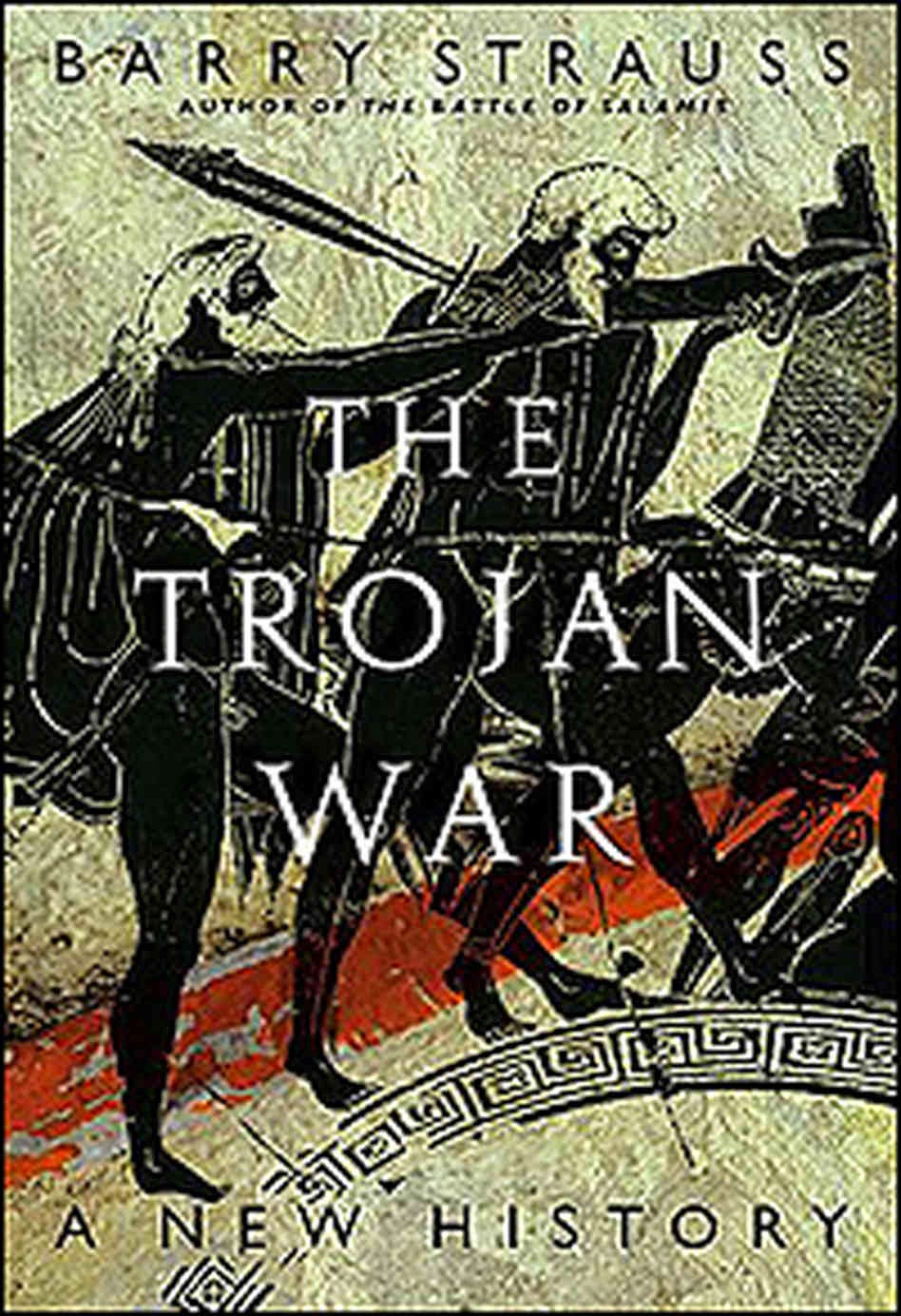 Q: Getting back to Shakespeare, how accurate is his portrayal overall?

A: It’s accurate in some ways. There was a conspiracy to kill Caesar, and Caesar did behave in ways in which a reasonable person could think he was [becoming] a monarch. Brutus and Cassius were leaders [of the conspiracy].

He did include Decimus—he calls him Decius. He does play a role in it. He accurately portrays how he talks Caesar into going to the Senate.

Shakespeare also gives women a big role. Brutus’s wife, Portia, did influence him, and Caesar’s wife, Calpurnia, influenced him. Shakespeare leaves out other women, such as Cleopatra; Servilia, Brutus’s mother [who had been involved romantically with Caesar]; Decimus’s wife, Paula...

Q: Why do you think Shakespeare didn’t include Cleopatra?

A: I don’t think Plutarch points out that Cleopatra was in Rome. In total fairness to Shakespeare, he wasn’t a historian; he was a playwright. Playwrights have to narrow the focus. Shakespeare’s Julius Caesar is a magnificent play—it’s not critical of Shakespeare as a work of art to say that Shakespeare is wrong, but it’s just merely saying that it shouldn’t be used as a historical source. 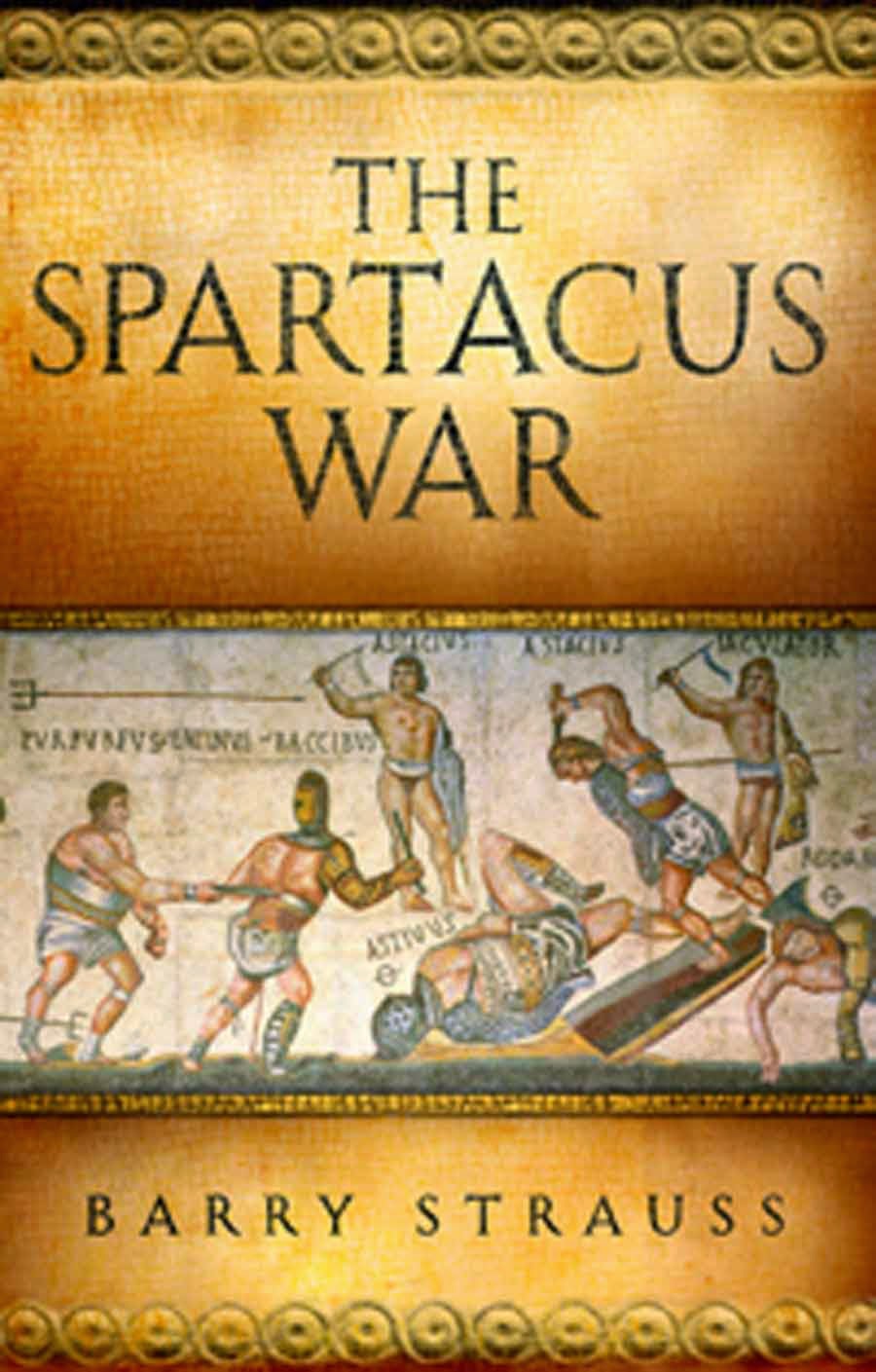 Q: You write that “as long as men and women remember the names of those who killed Julius Caesar, dictators will not sleep safely.” What do you see as the legacy today of Caesar’s death?

A: One legacy is certainly that the story inspires opposition to dictators and tyrants. So that’s certainly there. But I think there are many different ways to look at it.

There is the legend, a story about opposing tyranny. There’s the lesson that history is very complicated, and that people have complicated motives. If we understand that about the past, we will understand about the present.

There’s a completely different angle, though. We tend to be very hostile to Caesar, and that comes from Shakespeare.

On the other side, Caesar was a visionary, who understood that the Roman republic needed change, and needed to open up to the elites of Italy and the provinces. The elites [in Rome] couldn’t go on using the provinces as people to exploit. There were maybe 50 million people, human capital going to waste.

Caesar wanted to change all that, and [in that way] he was a visionary and a democrat in the best sense of the word. Part of the opposition to Caesar was a narrow, blind, oligarchy.

Unfortunately, Caesar muddied the water by his methods [including] his habit of grabbing power and concentrating it in himself and his family, leading people to conclude he was going to want to become king. That’s the tragedy—he understood the need for change, but couldn’t sell it.

Q: You’ve mentioned the generally negative opinion of Caesar—have people’s opinions about him changed over the centuries given the historical context?

A: There’s certainly been change. There’s been good work by scholars [on that]. As long as we live in a democracy, people’s opinions will be pretty negative. [But] we admire him as a big man, the founder of the Roman Empire. Americans like to think big, so we admire that. [Many who] study military history admire him as a commander. His commentaries are coming back into fashion.

Every year, Hollywood puts out historical movies and everyone complains about inaccuracies—this year, with Selma. As a historian, I [understand], but as a moviegoer I see it can’t be accurate—you can’t expect Hollywood to do the job education is supposed to. People say Hollywood should tell the historical truth, but historians [are the ones who] should be telling the historical truth. I think that’s a perennial topic.