Mark Adams is the author of the new book Meet Me in Atlantis: My Obsessive Quest to Find the Sunken City. He also has written Mr. America and Turn Right at Machu Picchu. His work has appeared in a variety of publications, including GQ, Men's Journal, and New York, and he lives near New York City.

Q: What first intrigued you about Atlantis, and why did you decide to write a book about it?

A: What really drew my attention to Atlantis was the fact that a place generally associated with things like Bigfoot, UFOs and crop circles had actually sprung from the mind of Western Civ's greatest thinker, Plato.

From there I grew increasingly intrigued by the placement of the story in Plato's works. He seems to have written the first part of the story just after his masterpiece, the Republic, as a sort of prologue to his extremely ambitious work of cosmology, the Timaeus.

Most books about Atlantis tend to skim over this strange positioning of the Atlantis tale or to dismiss it as insignificant, but that dismissal rang a bit hollow to me. 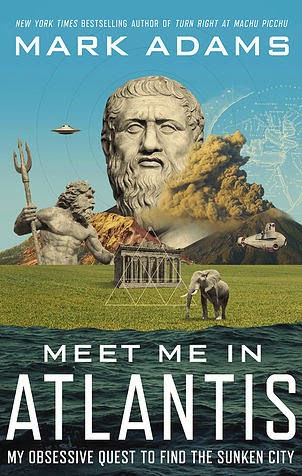 Q: You interviewed a vast variety of people who are trying to find the lost city. Which theories did you find especially fascinating?

A: After a lot of searching, I boiled my list of possibilities down to four: southern Spain, Malta, Santorini and the Atlantic coast of Morocco. Each was compelling for different reasons.

Southern Spain seems to agree best with the detailed geographic descriptions that Plato gives, especially that Atlantis had sat "opposite the Pillars of Hercules," usually considered to be the Straits of Gibraltar.

Malta fascinated me because the man behind the hypothesis that it had been the original Atlantis, a pediatrician named Anton Mifsud, had done a ton of original research including a visit to the Vatican Secret Archives.

Santorini has the best physical evidence of a maritime city destroyed by cataclysm; a city that seems to echo Plato's description of Atlantis was found there buried under ash in 1967, and Santorini's unique bull’s-eye shape seems to reflect the concentric rings of land and water of which Plato wrote.

And Morocco was intriguing because of the methodology that Michael Huebner used to select it--he employed a sort of Moneyball algorithm using data from Plato's original story. 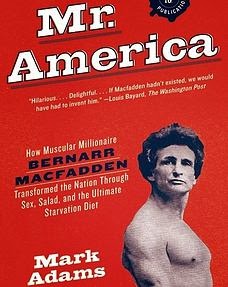 Q: How have you interpreted Plato’s depiction of Atlantis, and do you have a specific idea in your head of what Atlantis would look like or where it might possibly be?

A: Plato wrote about the tension between fact and fiction, and that between oral history passed down via legend and written history as practiced by innovators such as Herodotus. Which is a long way of saying I spent three years writing this book and don't want to spill too many of its magic beans.

Q: Which other mysteries would you put on a par with the search for Atlantis, and why?

A: For mysteries on a par with Atlantis I think you'd have to look to the Old Testament--were the ten plagues real? Was Noah's Ark real? There are a lot of people out there spending a lot of money to prove that the Bible is literally true.

And a decent case could be made—in fact, has been made (including in my book)--that there is some possible overlap between the story of Atlantis and tales from the Old Testament. 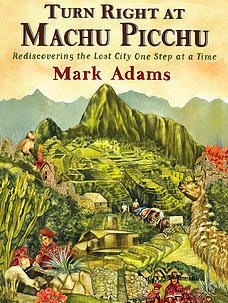 A: Right now I'm trying to polish a new book idea—after Machu Picchu and Atlantis, I'm taking a break from the lost cities beat for a while—and exploring the possibility of adapting the Atlantis book for television.

A: The one thing I'd add is that Meet Me in Atlantis isn't a typical Atlantis book, in that I'm not trying to prove that it was real or that I've figured out where it was located. It's more a narrative about the people who are looking for it, wrapped in a travelogue.

Also, an Australian newspaper just compared it to a humorous, nonfiction version of The Da Vinci Code, which I think is fair because there are several surprises as I try to decode the truth behind Plato's original story.