Laurie Saurborn is the author of the new poetry collection Industry of Brief Distraction.  She also has written the poetry collection Carnavoria, and her work has appeared in a variety of publications, including The Rumpus and Denver Quarterly. She teaches creative writing at the University of Texas, Austin.

Q: Many of the poems in this collection deal with the idea of America. Why did you choose to focus on that as one overall theme, and what do you feel your poems say about what's going on in this country?

A: It wasn’t my initial intention to draw so intently on America as a theme. But as I was writing this second book, in part during the 2012 presidential campaigns and election, a political re-awakening occurred and found a home in my writing.

As a result, larger concerns of country intermingled with the other subjects and themes of the poems, such as the body, family, and literature.

The poems are almost continuously shifting, mirroring the cognitively dissonant experience of living in a country one feels great affection for and attachment to while simultaneously understanding that the government of the country in question does not hold the interest of all its citizens in equal regard.

The poems became a lineated rendering of a textual confusion, a plea, a demand, a woman’s wish that there will be equal pay for equal work and that women’s bodies will be removed from political discourse.

Sometimes surrendering to the way things are leads to opportunities for imagining new possibilities. My hope is that the poems read not as a riot act but as observation and reflection, one report on living in America. 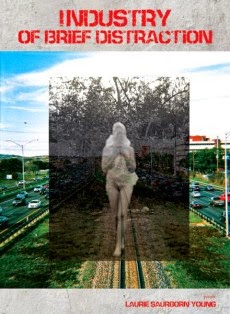 Q: How did you come up with the title "Industry of Brief Distraction"?

A: The title for the book popped into my head as I was thinking about how distraction is marketed, how brief life is, and how we desire distraction from that fact but in so doing come to be distracted for most of our lives.

Television, movies, iPhones, cellphones, computers, the Internet are all great resources and invaluable methods of connectivity, but their presences are so unbounded, allowed to run rampant with our attentions, they ultimately claim more space and are allotted more importance in our lives than they merit.

Waiting for the bus, in line at the post office, walking across campus are so many downturned faces, hovering over screens. Where have all the poignant glances gone? Have they converted into emoticons?

Q: Which type of poetry do you prefer to write, and why?

A: Well, I am certainly no formalist, though I have great respect for the work of those who are. As a unit of composition, line is very important in my writing, a main vehicle of tension in my work. For that reason, I do not naturally tend towards prose poems, though I am experimenting with that form in some newer drafts.

When I begin writing a poem or series or poems, I allow myself unbounded space, minimizing constraints or preconceived notions on words that have yet to appear. Basically, this approach means that I write a lot of words and then cut a lot of words. It’s like building a block of marble and then carving the statue from it.

In many of my poems there is at work a collage of the mind, a temporality built of instances removed from their originating narratives.

My family does not often speak about the past; as a result I grew up feeling pretty ungrounded. But humans like to sort back through the past. We dig, we excavate, we date.

Written or oral, history gives time texture. It gives people something to hold on to. And it exists through the act of recording: poems, stories, articles, books, blogs. The list goes on.

I think my earlier work was more firmly grounded in the immediacy of the isolated incident, or a compression of incidents. While that’s still present in my work, I feel a movement toward a longer view of time—whether I stretch it out or subject it to the compressive forces of a multivalent attention.

My hope is to create poems that find their ways, that show evidence of consideration—in word choice and sonic elements, of personhood and politics—while also demonstrating the poet’s willingness to be wrong, to be vulnerable. 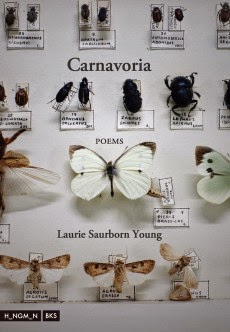 Q: You're also a photographer. How do poetry and photography complement each other for you?

A: There are certainly similarities between poetry and photography: the use of space, of perspective, of tone, of presence and absence.

If connections do exist between them in my work, they are indirect echoes, sidelong glances, ghosts and broken mirrors.

When I first started writing, I was hell-bent on replicating my way of seeing, the goal being for a reader to see the world in exactly the same way I did. But this is impossible, and naïve, and it discounts the value of multiplicity. Who wants a world where we all think and see the same way?

To tie into your previous question, I think that when you are starting out as a writer, there are many possibilities for being in the world. Will you write news articles? Academic papers? Lyric essays, or plays?

Eventually, as a writer you figure out what type of writing most engages and challenges you, which type is the best vehicle for your art, purpose, and vision.

Some of this journey is led by intuition: when I tried to write sonnets and other forms, and they never felt “right.” I gave up trying to replicate experience in poems when I figured out I was drawn more strongly to the music of words and lines than I was to consistently comprehensible meanings.

For photographs, it’s been the same way. Frustrated that I could never seem to capture a perfect likeness, I began creating a different, blurry style of exactness. Light has become much more important to my composition than what happens to be in the frame.

This fall, I’ll be teaching creative writing at the University of Texas, as well as directing the undergraduate creative writing program, so I’m trying to get as much writing as I can done beforehand—or at least get enough of the requisite first drafts out of the way.

A: I love to read. Reading is of great importance to my work—not only the writing of other poets, but fiction, non-fiction, narrative essays, lyric essays, photo essays.

One thing I really enjoy about teaching is that it gives me an excuse to read books about writing. Two favorites are Stephen King’s On Writing and C.D. Wright’s Cooling Time. One’s practical, the other is prophetic.

Thanks very much, Deborah, for providing me an opportunity to answer such thought-provoking questions!