Rita Gabis is the author of the book A Guest at the Shooters' Banquet: My Grandfather's SS Past, My Jewish Family, A Search for the Truth. It looks at her family--part Lithuanian Catholic and part Eastern European Jewish--with a focus on her Lithuanian maternal grandfather's role during World War II. Her other books include the poetry collection The Wild Field, and her work has appeared in a variety of publications, including Harvard Review and Poetry. She lives in New York City.

Q: Why did you decide to write A Guest at the Shooters' Banquet, and as you were working on it, how did you separate your roles as author and family member?

A: When I first found out my grandfather was a collaborator of some sort--I didn’t know the extent for some time--the first thought I had was to find out if he was complicit in the death of anyone, had he hurt anyone. I had no idea I was going to write a book about it.

Six months into the research, when I began finding a paper trail [on] his story as a collaborator, [I saw that] what occurred in the border region of Lithuania had a meaning beyond the family story…

I knew I was going to do original research, and my aim was to write a book that would be useful for someone outside the field, who wouldn’t normally be going to the archives…but would be interested in the topic.

Then, in terms of separating the writer and the family member, I spent five years going back and forth between Eastern Europe and Israel. I also spent time in Poland and Germany. I spent time interviewing people. When I was in the field, it was easy to put that [writer] hat on. 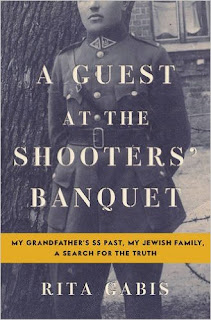 At each meeting with interviewees, I quickly identified myself as being the product of a blended family, and explained what initiated the project, and there was a moment when I held my breath and [expected the person] would ask me to leave, but they never did.

When I interviewed family members in the U.S., it was much more complicated. I was speaking to them as a [relative] and also as a writer…

Q: How difficult was emotionally it to learn some of the things about your family that you uncovered in the book, and how did you process this?

A: [In the Poligon massacre in Lithuania] in late September-early October of 1941, 8,000 Jews were massacred. I have been to the shooting site many times now…my grandfather’s office as chief security police for the region is six and a half kilometers from the site. The idea of proximity is very haunting to me.

To protect myself so I could continue to work, and because I wanted to document very carefully, I set aside some of my emotional reactions in the search for documentation, and transferred my energy over [to that]. But there were a lot of sleepless nights.

I had clear memories of my grandfather, as a young person. Thinking of how we can know one part of a person, and it was through a child’s eyes, and all we don’t know about someone…In wartime, people can stand in a bloodbath and then change their clothes, fill out a form, shed that life—it’s particularly horrifying to me.

Q: How much did you know as a child about your family’s history?

A: In my childhood, the matriarch was my Jewish grandmother. It was in her orbit that I circled. Much of the family lore came from her, and it had to do with her father, who immigrated [from Eastern Europe], took his family to London and Philadelphia. He lived a cloistered existence, but he was a very successful businessman.

On the Lithuanian Catholic side, my grandfather was a hero. He was a rabid anti-Communist. I had gotten a hint of his anti-Semitism, though I was too young to know what it was.

I heard he had been in the forest, had fought the Soviets who had occupied Lithuania, and had saved the children. We thought he’d lost his wife permanently—she was arrested, put in a death cell and tortured, and sent to a labor camp in the Gulag. That added to the sense of heroism and victory of that side of the family. 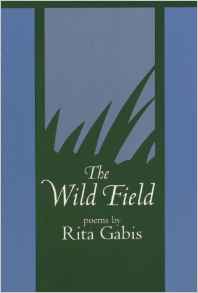 As I got older, I knew there was more, and I didn’t want to look at it. In the book I tell the story [of hearing author Daniel Mendelsohn lead a discussion group]. He was talking about Lithuanian collaborators during the war, and he said the Lithuanians were the worst. I got up from the table and started doing dishes. I knew there was a door there but I wasn’t ready to open it yet.

Q: The book jumps back and forth in time. Did you plot out the structure or did it develop as you wrote?

A: I did not plot out that structure. For a long time I had no idea how I was going to structure the book. I knew I didn’t want to split the book in two, half the events of the war and half my attempts to research it.

I felt ultimately I wanted the structure to remain faithful to my own experience of trying to understand that history and that place. I felt the book was like a series of doors, trap doors for me. I would get a lead, or snap a photograph, and would hit a dead end. Then I’d find new interviewees and a new piece of the past would open up.

When I said I wasn’t ready to open that door, I feel chagrined and embarrassed. I wish I had been braver and had opened the door earlier. I think whatever it takes to do that, I didn’t have until a certain point. After my dad died, I had [to do] something to honor him.

A: I have several projects I’m involved in, and one may morph into a book. I’m not exactly sure.

To my surprise, I’ve ended up traveling since the fall with this project. I haven’t had a lot of time to consider what happens next. The material and the issues this book brought up have stayed with me, and the next project will be a continuation of this…

A: As I’ve been traveling and giving talks, I’ve been so moved by the questions and comments audience members have made, people doing their own searches, puzzling out their own sense of history and family. It’s one of the most rewarding things about having published this book.