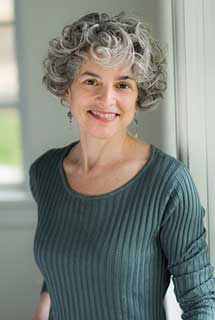 Pamela Erens is the author of the new novel Eleven Hours. She also has written the novels The Virgins and The Understory. Her work has appeared in a variety of publications, including The New York Times and Vogue.

Q: How did you come up with the idea for Eleven Hours, and for your characters Lore and Franckline?

A: I was reading Tinkers, the novel by Paul Harding. I remember I was in a hotel room in Boston. Tinkers opens with an elderly man in bed at home, close to death, hallucinating. We see things in part through his point of view.

Later passages of this slim novel take us to other places and times, including ones the man couldn’t have witnessed, but in some essential way the entire book takes place in the man's head while he is dying.

I suddenly thought: What if I wrote a book that took place entirely over the course of one labor and delivery?

The character of Lore was there from the start. I always saw her, for some reason, as a physically large person. In early attempts, she had a mother who had abandoned her. And she had a husband who was with her in the hospital. 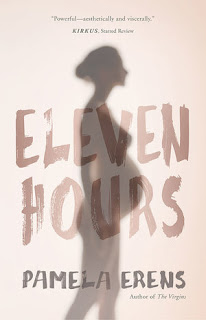 Over time I realized it would be a more interesting and urgent story if Lore was alone. Maybe the mother who abandoned her was a hint, early on, that abandonment was central to Lore’s story. So in the final version, she is by herself, but the relationship with her mother is completely different.

Once I took the husband out, took out any companion to Lore, her labor nurse necessarily had to have a bigger role. Someone had to being helping Lore through this. So Franckline began to emerge.

I had given birth to my first child in a New York City hospital, and a lot of the nurses there were from the Caribbean. So Lore’s nurse would be Caribbean.

The town I live in has a large Haitian population, and my husband and I are close to a Haitian family here. So I had more knowledge of and interest in Haitian culture than in the culture of any of the other islands, and Franckline became Haitian-born. Sometimes these decisions are just very happenstance and pragmatic. 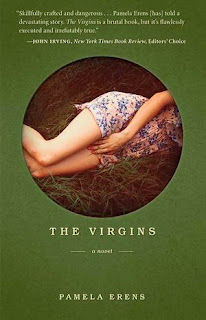 A: Because of Franckline, I did a lot of research on Haiti, where I’ve never been, and I also did research on labor wards and childbirth-related medical procedures as well. I went through childbirth twice but there was of course plenty I didn’t know.

Q: Were there particular challenges involved in writing a novel that takes place over the course of 11 hours?

A: Absolutely. The clock was tricky. I had to be very aware of exactly what time it was in every scene, even though the narrative rarely pins this down precisely.

I was alert to the possibility that the reader would feel that too much or too little time seemed to have gone by for X or Y to be happening, that it felt too early for this or too late for that.

The clock had to feel right at all times, and making that happen is a matter of sleight-of-hand. Sometimes I have two hours passing in a paragraph, sometimes a few minutes take up many pages.

The other challenge, given how short the book is, was to make sure it feels as if enough happens. So that readers leave with the sensation of having in fact read a novel, not an elongated short story or a slice of life. 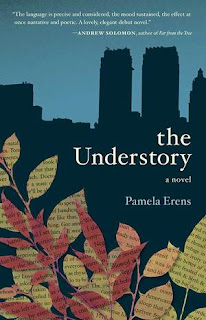 A: I did know how the book would end. I didn’t know all the details, but I had the general plan. I usually do write toward an ending I have in mind.

A: I’m working on a new novel. It’s very much in the beginning stages. I have the idea, and I have some pages written, but I also (what’s new?) have some conceptual problems to solve, some characters to figure out.

I also have some ideas sketched out for essays I’d like to write, all of them circling around a connecting theme.

A: That I’d like to see more authors, women and men both, writing about childbirth! There’s insanely little out there. I know; I've looked into it. I’ve written about this absence, in fact, and tried to speculate about why it’s so.