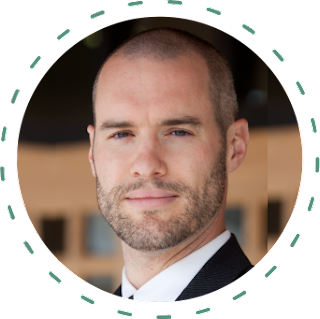 Dan Gemeinhart is the author of the new book Some Kind of Courage, a historical novel for kids set in the American West. He also has written the middle-grade novel The Honest Truth. He is a teacher and librarian, and he lives in Washington state.

Q: How did you come up with the idea for Some Kind of Courage, and for your protagonist, Joseph?

A: The origin of the idea for Some Kind of Courage is hard for me to pin down. I'd been all ready to start a new book and had an idea in mind - a different idea - and then out of nowhere the idea for this story popped into my head.

And it came fast, too...the little seed sprouted and I grabbed a pencil and started jotting stuff down and in a few minutes I had the whole basic concept ready to go.

There were still a lot of details and specifics that had to be fleshed out, of course, and there were plenty of changes to my original thoughts, but pretty much the bones and heart of this story came to me in one spontaneous rush. It was exhilarating.

And then there's Joseph, my protagonist. You know, some characters you really have to look for and find and create and work on. But some characters are just sitting quietly in your heart, waiting to jump out onto the page.

That's how Joseph was. That kid was biding his time in my subconscious somewhere, and I never once had to work to make him real in my head or struggle to find his voice and identity. 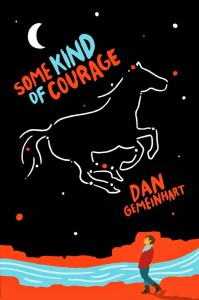 Honestly, it was awesome. I felt like I knew him and loved him from the first line, and I never had a problem slipping into his voice and perspective. I wish all my characters were like him!

Q: How did you research the time period and setting in which the book takes place?

A: I did a lot of poring through old books from my public library. I discovered that there isn't a lot of definitive, "professional" history of my area in this era - and a lot of my sources contradicted each other as to specifics, timing, etc.! - so to a certain extent I was able to still be flexible and creative.

I wanted it to be as realistic and authentic as possible, but since the information was spotty and all my characters and events were made up, I was able to focus more on the "fiction" than the "historical" in this historical fiction story.

I did learn lots of cool (and dismaying) stuff in the course of this research, though, only a fraction of which actually made it into the book!

Q: Was your writing process different with this book, given that it's historical fiction, than with your first novel?

A: To be honest, my writing process is always a little messy. I'm some sort of clumsy hybrid between an outliner and a "make it up as you go" pantser.

One difference is that my research really helped shape the story. One of the most important characters (and my favorite) is Ah-Kee, a Chinese immigrant boy who becomes Joseph's best friend.

I didn't originally plan on having an Ah-Kee character in the story, but during the course of my research I discovered the significant role Chinese immigrants played in our local history - and how horribly they were treated. 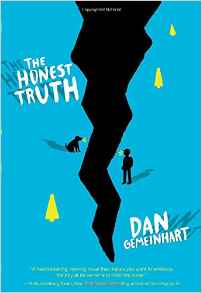 It was sickeningly tragic...they were basically erased from our area. I knew that I didn't want to add to that erasure, too, so I decided to do my own small part and at least put them into this story. Once he was in, I totally fell in love with him and he almost took over the story!

A: Once I start writing, I generally know only the first quarter and last quarter of the story, with some vague ideas of stuff that might happen in the middle.

It's kind of a scary feeling when I get to the end of my story map and have to stumble through the dark toward the waiting end, but it's also a pretty fun process of discovery.

A: I am in the final editing stages of my next novel, Scar Island, which will come out from Scholastic in January or February 2017.

And I'm working on the rough draft of a yet-untitled novel that should come out in Spring 2018. So I've always got a lot going on, in all different phases of writing!

A: Becoming a published author has been just an absolute dream come true. I worked years and years with nothing but rejections (99 of them, no joke!), so I spend a lot of time pinching myself that this is all actually happening for me.

If you're an aspiring writer, don't give up...keep working at it, focus on always improving and getting just a little better, and hold onto that joy of storytelling. Whether you ever get published or not, you'll be a happier and more interesting person. Thanks for this opportunity!