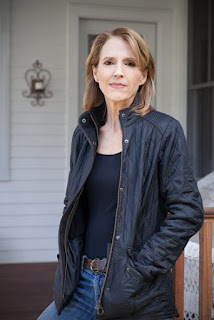 Charlotte Rogan is the author of the new novel Now and Again. She also wrote the novel The Lifeboat. She lives in Westport, Connecticut.

Q: How did you come up with the idea for Now and Again?

A: The initial impulse came back in 2004, when I read a blog post written by a man who had decided to quit his job at a munitions plant because he didn’t support the war in Iraq. He reasoned that if everybody followed his example, there couldn’t even be a war.

The idea that he was jeopardizing his livelihood for an ideal stayed with me and eventually re-emerged in the character of Maggie Rayburn, who is loosely modeled on that blogger.

When I started writing, I would have said I wanted to write a book about war that didn’t focus on military conflict. I wanted to explore how the war affected ordinary people like Maggie and the residents of the small Oklahoma town where she lives.

As we all know, war wraps its economic and psychological tendrils around any nation that gets involved in it, but it also has to compete with all of the other imperatives of our lives, such as making a living, raising our families, and fighting for other worthy causes.

And when a war drags on for a decade, it becomes a static-y background—we tune in and out, alternately horrified and oblivious. I wanted to somehow get at that.

Despite my initial intention, I did end up with some soldiers in the book. I became interested how, in this war, the world of the soldiers was very separate from the world of most Americans, and portraying those separate worlds in parallel plotlines became an important part of the project.

Q: The story is told from multiple perspectives. How did you choose the characters from whose points of view you tell the story, and were there any you perhaps enjoyed more than the others? 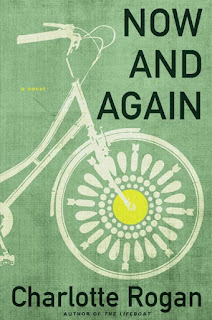 A: Deciding who is going to tell a story is one of the first decisions a novelist has to make.

For me, the characters start out as voices in my head, but then they are fleshed out by a combination of research and what Jonathan Franzen calls “deliberate dreaming,” which is where you throw obstacles in their way or put them in sticky situations and see what they do.

My first novel, which is called The Lifeboat, was told from a single, somewhat claustrophobic, point of view. There, the only thing the reader has access to is what the protagonist, whose name is Grace, thinks or sees or thinks she sees. This introduces a nice element of unreliability, and that is an important feature of the book.

For Now And Again, I started with Maggie, but as I wrote, new characters kept popping into my head, wanting to be heard.

One thing I realized is that a single character is not capable of knowing or expressing the truth. And I don’t just mean that they are unreliable, as Grace was in The Lifeboat, or that they aren’t able to be everywhere at once and so need other characters to fill in missing parts of the story. I mean that truth is not a single, coherent thing.

Mikhail Bakhtin was a Russian philosopher and literary critic who believed that truth requires a symphony of voices, some of which contradict each other. So it seemed that a novel where the characters are on a quest for truth needed to be told from many viewpoints.

While some of the characters have bigger parts than others, I was intensely interested in all of them. You have to be, or you couldn’t spend years caring about them and letting them wake you up at night.

A: I never know where a novel is heading when I start out—it is only by writing that I discover what the story is.

Not only did the story evolve, but the motivation for writing changed as well. For instance, as I was writing, information was becoming big news. WikiLeaks was going strong, Chelsea Manning was being convicted of espionage for disclosing about ¾ of a million classified and sensitive documents, and Edward Snowden was about to open a Pandora’s box of secrets about the NSA. 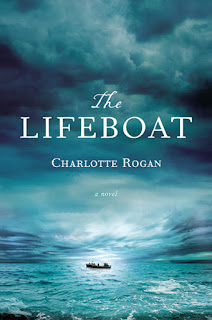 These developments led me to think about the many ways information affects our lives, and they clearly affected the course of the book.

One problem the characters encounter is that they are often operating with limited, contradictory, or outright false information—yet they still must make decisions and act.

A contradictory force is also at work—information can be limited, but in this day and age it is also overwhelming. So another motivation for writing was to explore how people live coherent and ethical lives in this age of overwhelming information.

A: My working title ended up not being representative of the whole book, but coming up with an alternative was hard. My kids and I had some hilarious brainstorming sessions—but it was my dad who eventually suggested Now And Again. The title refers to the fact that history repeats itself, which is an important theme of the book.

A: The one time I answered this question, the project stalled, and I still haven’t gotten back to it.

A: I have been asked why the two plotlines don’t overlap more, with some readers even suggesting that perhaps I couldn’t think of a good way to connect them.

But this parallel, and mostly separate, approach was intentional. The nature of the Iraq war was that the military and civilian worlds were kept very separate, almost as a matter of government policy.

The worlds overlapped for people who had relatives or loved ones in the military, and they also overlapped through the dissemination of information—whether via traditional journalism or the Internet.

In the book, these are the points of contact between the worlds as well—at least until the last chapter, when everything comes together.

Another aspect of the book that a casual reader might not catch has to do with the chorus of voices that start each chapter. These voices belong to peripheral characters who are being interviewed as part of a journalistic inquiry into how some classified information has found its way onto a website started by a group of soldiers. The inquiry reinforces the idea that journalism gives us a vital window into unfamiliar worlds.

As for the people behind the voices: I already had 12 point-of-view characters, but why stop there? Since I saw the novel as an exercise in world-building, it seemed right to suggest that the story extends beyond the covers of the book.

As one of the soldiers puts it, “the truth is all of the personal narratives together, each of them a tiny pixel in the bigger picture of what is what.”
(c) Charlotte Rogan, 2016