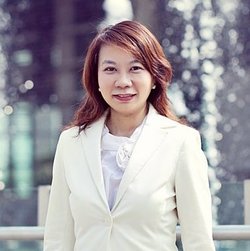 Marion Neubronner is the author of the new book Turning Gen Y On: What Every Leader Needs to Know about Recruiting and Retaining the Millennials. She is a coach, consultant, and applied psychologist. She is based in Singapore.

Q: Why did you decide to write this book and how exactly would you define Generation Y?

A: I realized there was a gap in the workplace. I’m particular about how people stereotype [in] articles about Gen Y. It is a mental model that we carry, not an age model.

As a developmental psychologist, [I look at] how do people turn out the way we turn out. Our brains are different. The achievement and hard work that baby boomers enjoy, it’s not the same for Gen Y. Gen Y prefers self-expression, novelty, seeing the world.

Q: You write, “With my generation, we asked for more and settled for less. This new generation is not going to settle for less anytime soon.” What do you see as the main differences between Generation Y and older generations in the workplace?

A: America started it because it’s affluent. In any country that’s affluent, they start dreaming bigger—take time off, explore their passions. It’s the American Idol [model]—everyone thinks they can sing. I live in Los Angeles—everybody is an actor or a model. There’s no bad in this [because some will succeed]. 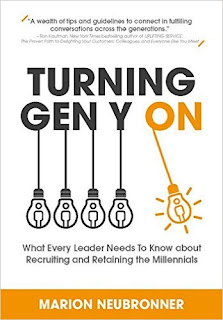 Q: You’ve mentioned some countries--can you say more about whether you see similar tensions or issues in other countries in which you’ve worked?

A: As long as they’re affluent. In Spain and Greece the economy’s bad, but they grew up in affluence. You think your allowance will come from somewhere. Germans work harder; their mental model is different. In Greece and Spain they were living off the land, and now young people have to see things differently…

In the workplace, someone needs to work so the company can go on. Now some young people don’t stay in the workplace. I’m addressing people who want to stay [but if] the leadership doesn’t understand them, then they’re going to jump to another company.

Q: What would you say are the most important ways for older managers to connect with younger workers?

A: Stop judging them as selfish and self-absorbed. They grew up [in a way that] they could be self-centered, but not selfish. If you share a bathroom with seven siblings, because you grew up at a time when you shared, you think about everybody else.

If you have one phone, one bathroom, one computer, one bedroom [growing up], you can’t call them selfish. You give them options and choices.

Q: What has been the reaction to the book among company leaders?

A: The people who read the book are converted; they know this is happening….Companies where retention has hit hard are open to realizing something’s wrong—hospitality, media, retail—they know they have to manage young people better…

Q: Who do you see as the perfect readership for your book?

A: I think leaders who…don’t understand why Gen Y keeps leaving. It’s not the money. If you pay them the same [as another company] and it’s equitable, they will stay if you treat them well. If there’s no way to grow, they will have to leave…

Q: What do you see looking ahead when it comes to generational issues in the workplace?

Q: You’ve said that you identify with Gen Y. What are some of the ways you do?

A: There are a lot of options. I’m still energetic, I have a good education, I’m willing to get the job done. I’m 44—most of the time if I were married with children and I was tired, I would have less options. I’m very global. A lot of Gen Ys travel and speak multiple languages.

Number two is technology. There are so many things technology can do…

A: Yes, love at work. I realized it’s my next topic—I think we forgot what good leadership looks like. I want to collect good stories about staff who felt loved at work, stories from companies and customers. I will write chapters around real letters.

Love needs to be at work again. Work is our second home. Work is not separate from life.