Ashley E. Sweeney is the author of the new historical novel Eliza Waite, which focuses on a woman who travels to Alaska in 1898. Sweeney is a journalist, teacher, and community activist. She lives in La Conner, Washington. 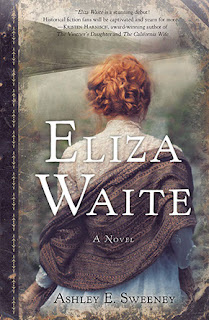 A: I’m researching for a historical novel set in the Oregon Territory in the early 19th century, tentatively titled The English Mistress. It centers on Jane Barnes, the first white woman to arrive at Fort Astoria in present-day Oregon.

It’s a raucous tale of love, betrayal, and adventure based on true characters and events. I hope to be finished with the novel in 2018.