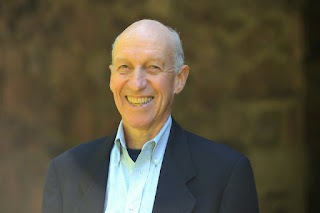 Martin R. Ganzglass is the author of the new novel Blood Upon the Snow, the third in a series set during the Revolutionary War. His other books include Tories and Patriots and Cannons for the Cause. Ganzglass is a former Peace Corps volunteer in Somalia and a retired attorney. He lives in the Washington, D.C., area.

Q: This is your third novel about the Revolutionary War, featuring many of the same cast of characters. Are you surprised by the direction in which you've taken some of your characters, or had you planned out their trajectory from the time you started the first book?

A: When I wrote the first novel, Cannons for the Cause, I had a general idea about the path for at least one character. The trajectory of the others has indeed been a surprise.

Will Stoner's road was clear in my mind. He would join the Continental Army in then Colonel Knox's regiment, be hot-blooded and impetuous, courageous on the battlefield and as was true of many soldiers at the time, be promoted through the ranks at a young age.

By the end of Cannons for the Cause, he has met Elisabeth van Hooten and begun a deep friendship with Adam Cooper.  I knew I wanted both characters to play major roles in subsequent novels but I wasn't sure how.

One theme I wanted to explore was the contradictions of an African American free man fighting for a cause proclaiming the lofty principles of the Declaration of Independence, while continuing the institution of slavery.

Slavery was not limited to the south. New Jersey had the most slaves of all the northern colonies. The issue of recruiting slaves to fight was a contentious one, more for the Americans than the British.

Since my novels are historically accurate, and the Marblehead Mariners went home at the end of 1776 and disbanded, Adam does not reappear until the end of Blood Upon the Snow.

In the fourth novel I am working on now, Adam's anger erupts over this contradiction as he confronts the humiliation and immorality of society treating a slave woman as one would a brood mare or a piece of furniture.

Elisabeth van Hooten, who makes her initial appearance as a romantically inclined 15-year-old, develops into a courageous and committed young woman. That too was a surprise for a character I first thought of only as Will's romantic interest.

Mercy van Buskirk, originally introduced to develop the theme of families divided by the war, (and based on the actual van Buskirks of New Jersey) becomes the spokesperson for intelligent women of the time, relegated to second-class citizenship in a man's world, struggling to have their voices heard. 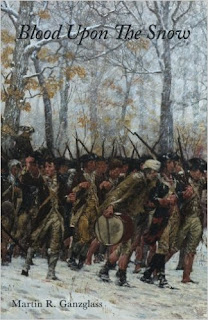 When I began writing about the Hessian private, Georg Frederich Engelhard, I placed him in a regiment that would be at Trenton, and planned upon his being captured rather than killed.

Subsequent research led me to assign him as a farm laborer in rural Pennsylvania. He will become one of the 3,000-plus Hessian soldiers who chose to remain in the United States at the end of the war and begin a new life here.

I have no idea where the character Peter Bant came from, other than my imagination and reading about veterans from the Iraqi and Afghanistan wars returning home with PTSD. Why would not the horrors of the Revolutionary War produce soldiers with PTSD symptoms who are left to struggle alone with their nightmares and deemed "lunatiks" by others?

Q: You paint detailed portraits of the locations in which the novels are set. Did you visit many of these places in preparation for writing the books, or rely more on research?

A: Most of my descriptions of buildings - homes, taverns, meeting houses and assembly halls - are taken from illustrations in books I use in my research. I watched videos of many of the Revolutionary War battlefields. They are readily available on line.

I have visited Ft. Greene in Brooklyn, and am fairly familiar with Washington Heights, Fort Lee and the Palisades.

I drove part of the route Henry Knox took through the Berkshires in bringing the cannons to Cambridge and am glad that I did. The state road is very steep going up as well as descending and there are no switchbacks.

I hope my description in Cannons for the Cause did justice to the incredible effort and danger involved in hauling one and two ton cannons on icy, rutted, rudimentary wagon trails.

Q: What do your female characters indicate about the role of women during the Revolutionary War period?

A: The role of women in the Revolutionary War varied depending, to some extent, on their religion and social status as well as where they lived. I have tried to include female characters from diverse backgrounds to illustrate the different experiences and points of view. 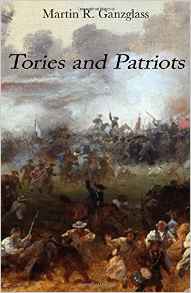 The wealthy of Philadelphia, whether Loyalist or Patriot, were probably the upper crust of Colonial society. Well-to-do Quakers were an exception because they eschewed ostentatious displays of wealth, such as carriages, fine clothing and jewelry.

Mary Lewis, the wife of a Quaker merchant, is bound by her religion to remain neutral in the war but favors the American cause. She finds the basic humanistic precepts of her religion and instincts to help the wounded and American prisoners of war at odds with the directions of the Quaker Assembly to be strictly neutral.

The Shippen girls, well educated, protected and provided for by their wealthy families, are first drawn to the handsome young Continental officers and then flattered by the attention of the British officers with their upper-class manners and talk of plays in London and a fondness for quoting poetry.

By dint of their wealth and upbringing they lean toward the Tories, although Peggy Shippen, after the Americans re-occupied Philadelphia, was courted by and married to General Benedict Arnold.

That is a relationship I intend to depict in a later novel in the series, aided in part by Elisabeth van Hooten's fictional relationship with Peggy Shippen. I certainly did not have that connection in mind when Elisabeth rode Will Stoner's sled across the frozen Hudson at Albany in January 1776.

Mercy van Buskirk, from Morristown, presents a different perspective. Passionate about the American cause, practically trained by experience in medicine, she has no illusions about a male-dominated society that does not recognize the worth of women and contributions to the cause.

Ann Bates provided me with an opportunity to depict a working woman's role, one who provides services to the high society women of Philadelphia, as well as a Tory point of view.

Q: How did you choose the third book's title?

A: When I chose "Blood Upon the Snow," I was originally thinking of the blood of those dead and wounded soldiers, mostly Hessians, on the snowy streets of Trenton. 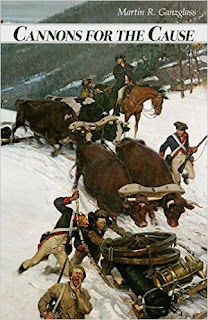 Then, as I did further research I came across several references to barefoot American soldiers leaving bloody stains in the snow as they marched to Trenton to fight and on the retreat to Valley Forge at the end of 1777.

There actually were many soldiers who were barefoot and of all the equipment shortages, the lack of shoes of any kind, was really the most egregious.

In addition, at the Battle of Princeton, at least two sources describe blood flowing over sheets of ice downhill toward the advancing Americans.

The title thus refers to the blood of the fallen soldiers and the hardships endured by the ragged, tattered Continentals.

Q: You've said there are a few more books coming up in the series. What can you tell us about them?

A: I am at work on the fourth novel at the moment and expect it will be ready for publication around the spring of 2017. It is about the desertions, disease, and death at Valley Forge, the ferocity of guerrilla bands of Loyalists in New Jersey, the British retreat to New York City and the American re-occupation of Philadelphia. It will prominently feature Adam Cooper. Tentatively, I have named it "Spies and Deserters."

My general idea for the fifth novel is that it will depict Benedict Arnold's treason and the subsequent mental breakdown, whether feigned or real, of Peggy Shippen Arnold. The sixth novel, and the last in the series, will be about the siege and Battle of Yorktown.

A: Sometimes, when I am walking my dog, I hear my characters engaged in dialogue or I see a scene in my mind. I am surprised they have become so familiar to me.

I hope that when I have finished the sixth novel, I will think of some of them as friends who live in another part of the country and wonder what are Will and Elisabeth doing today, or, winter is coming and Adam will be returning in his dory from fishing in the Atlantic off Massachusetts.

And Big Red, after all those years on the battlefield, will live out his life peacefully grazing in some green pasture under a cloudless sky. He deserves it.

--Interview with Deborah Kalb. For a previous Q&A with Martin R. Ganzglass, please click here.
Posted by Deborah Kalb at 6:59 AM