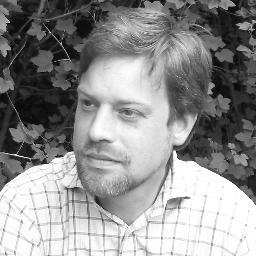 Ben Wilson is the author of the new book Heyday: The 1850s and the Dawn of the Global Age.  His other books include Empire of the Deep and What Price Liberty!. He lives in Suffolk, England.

Q: Why did you decide to focus on the 1850s, and what surprised you most in the course of your research for Heyday?

A: That decade seemed at first glance to be so transformative for so many people. The world noticeably accelerated, with expanding networks of telegraph lines, railroads and fast ships.

Boomtowns in America, Canada, Australia and New Zealand erupted out of the ground and the global economy began a vertiginous upward trajectory. This was a frenzied, exciting time and many people were intoxicated with optimism. What a time to write about!

But at the same time this giddy progress was destabilising. Indigenous peoples all over the globe fell victim to the wildfire pace of change, as did societies in China, Japan, India and elsewhere. Both the United States and Europe teetered on the brink of catastrophe.

I was drawn to the light and the dark – the fantastic contrasts of this rollercoaster decade.

Researching this time was full of surprises. For one thing, news travelled with unprecedented speed meaning that events in one place could set off a globe-spanning chain reaction. I was struck by how interconnected the world had become.

I also found myself researching places that don’t often get a look in when it comes to global history. Minnesota became incredibly interesting to me because it experienced a frenetic boom and a cataclysmic bust in a short space of time. It seemed to illustrate so perfectly the mood that gripped much of the West.

For all kinds of reasons Nicaragua took on an importance that I never expected when I began. I guess that’s the thing about an interconnected world – follow one line of enquiry and suddenly the story takes you in a funny and unpredictable direction. 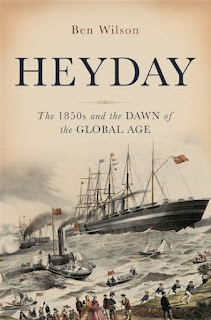 Q: You write, "In this period, the United States became bound up with the rest of the world in an entirely new way." What changed during this period that allowed for this connection, and what was the impact?

A: In part it was the speed of modern communication. The U.S. could communicate with the rest of the world much faster, and this inevitably opened up new possibilities for entrepreneurs.

The gold rush to California made Americans look across the Pacific to Asia. Discoveries of gold in Victoria (Australia) in 1851 made that continent a major overseas market literally overnight.

Americans, with their use of technology and new techniques, were good at exploiting a fast-changing and richer world, scenting opportunities in unlikely places.

But there is another side to the story, and it rhymes with what is going on in the current presidential race. In the 1850s Britain was a bit like China in the 21st century. Thanks to free trade, it was able to sell its manufactures very cheaply in the States and invest large amounts of money in things like railroads.

At the same time, this era of free trade alarmed many, because it made the American economy dangerously reliant on the fortunes of other countries.

Look at a newspaper from this time and you will see a fixation on foreign news. How much are people paying for pork in Liverpool? What is the state of the French harvest? 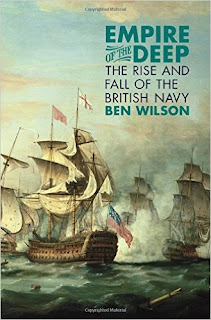 A war or famine elsewhere in the world could have profound consequences for Americans. The faster the news came, the more money they could make. Hence there was considerable pressure for a telegraph cable under the Atlantic so that the U.S could be plugged into the main current of news.

At the same time economic advance in Europe was sharply increasing the demand for slave grown cotton. Southern slave owners began to see themselves as indispensable to the world economy and therefore a serious power.

This sense of global importance inflated their sense of entitlement and convinced them that countries like Britain and France (whose economies depended on cheap cotton) would aid them against abolitionists. Their notion of being key players on the world stage only encouraged the move towards secession and Civil War.

In so many ways, the U.S. was bound up with the wider world. Then, as now, an awful lot of people hated it. Even before the Civil War the Republicans were winning votes with the promise of protective tariffs. Lincoln’s victory made that a reality. By the 1860s the U.S. had moved towards isolationism. It was a sharp contrast with the openness of the previous decade.

Q: You begin the book with a look at the material gutta-percha. What is its significance, and why did you start with it?

A: Gutta-percha is one of those incredible, world-changing materials that is now completely forgotten. Look up gutta-percha and you will find a whole range of 19th century knickknacks.

It is a natural latex that comes from Malaysia. Its most important use was as an insulator for copper telegraph wire. Now telegraph lines could dive deep below the sea. 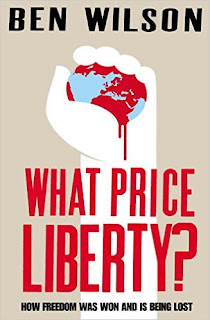 When this use was discovered in about 1850 it suddenly became apparent that the whole planet could be girdled in wire. Contemporaries were dazzled by the prospect and this sense of impending technological revolution sets the tone for Heyday.

Instantaneous communication across the world would change everything, they believed. It would bring peace and harmony, and kick start a period of rapid economic growth.

Of course, things did not quite work out like that, but the utopian belief motivated a series of high-risk endeavours, most notably the Atlantic Telegraph that (eventually) put the U.S. into immediate contact with Europe, then India and China and Australia.

A single telegraph line across the Atlantic required gutta-percha taken from 250,000 trees. The demand kept increasing as global communications became ever more vital. By the early 20th century the Malaysian rainforests were almost depleted.

The story of gutta-percha, little known at the time and entirely forgotten now, is an intriguing one – and it tells us a lot about the development of the modern world.

A: The word "heyday" sounds very positive. But I was keen to make the point that a heyday can addle minds even as it sparks progress.

Sure, the advances of the time provided tremendous opportunities for people. But progress crushed those who stood in its path, particularly native peoples. Their capacity to resist or compete was reduced by new technologies, particularly those of communication and war. The torrent of settlers became impossible to resist.

In countries such as China, Japan or India various groups benefited greatly from new technologies and patterns of trade. But many more found what we call "globalization" profoundly disturbing and harmful.

Millions of people in India, for example, found their lives tied to pulses of information sent down the wire from, say, Manchester. They had no control over these new technologies let alone the world market. While traders in Bombay prospered they sacrificed a lot of their independence and economic control.

The result was repeated famines and periods of misery when the global economy went into meltdown. It was a pattern repeated across the world in an age of electric communication and steam power.

A: That’s still very much being explored! I have developed a bit of a taste for globe spanning, interconnected stories after Heyday. I am in the process of refining a whole range of ideas and I’m waiting for that eureka moment when things fall into place.