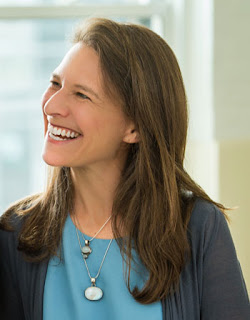 Deborah Copaken is the co-author of the new book The ABCs of Adulthood. Her other books include Shutterbabe and The Red Book. A writer and photographer, her work has appeared in a variety of publications, including The New Yorker and The New York Times. She lives in New York City.

Q: How did you come up with the idea for The ABCs of Adulthood?

A: My son was about to graduate high school, and I realized I had so many things I wanted to say to him, but I didn't want to sit at the foot of his bed and lecture him.

I decided I wanted to write him a letter, but I didn't want it to be pedantic. It needed to have humor. To tell him how to live, not how to succeed. Success, for me, is not monetary: it's living well and with intention. The alphabet just seemed like a cool way to encompass all of this. 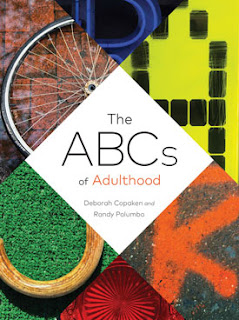 Q: How did you select the issues to discuss with each letter of the alphabet?

A: It was a bit of a puzzle. I knew I wanted to tell him, for example, to try sobriety for a night. So at first that was B is for Beer. Then I needed the B for Bed, so I changed it to I is for Intoxication. It was fun making the whole thing work.

Q: Did you and your co-photographer, Randy Polumbo, take many photos for each letter, and how did you pick the ones you eventually used?

A: We took hundreds! We kept texting them to one another. Look at my Y! Look at this D! It was fun and inspiring to collaborate like that. 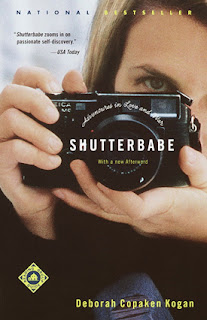 Chronicle, our publisher, ultimately chose the final letters for each page. Specifically our publisher, Christine Carswell, and the book's designer, Jennifer Tolo Pierce. They are wonderful, and it was a joy to work with them.

Q: Who do you see as the ideal readership for this book?

A: Recent graduates, someone having a birthday, or really anyone who needs a little help growing up. I'm 50, and the book would be useful for me. :)

A: My co-author, Randy Polumbo, and I are finishing up the second book in the series, The ABCs of Parenthood. Instead of bifurcating the work--Deb as writer, Randy as artist--we are truly collaborating on this one. 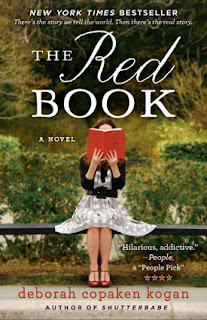 In fact, I'd say that Randy did more than half of the writing of this next one. He's a total Renaissance man, capable of doing anything in the arts. You should hear him play guitar.

I also spent a couple of weeks in the writers room of the TV show Younger, helping them map out plot and character. That was really fun!

I have my full-time job as a VP in Collaborative Journalism at Edelman, and I write a column for the Observer and freelance for other publications as well, such as this Op-Ed inspired by the book that I wrote for The Atlantic's online arm, qz.com.

I also have a photography business and am collaborating with Jeff Greenstein on a TV show based on my first book, Shutterbabe.

A: I'm not following the Z is for Zzzz very well these days. I need more sleep. It's the adult thing to do. Wish me luck following my own advice.