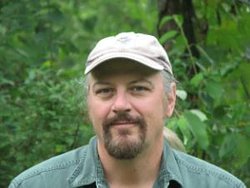 Glenn Stout is the author of the new book The Selling of the Babe: The Deal That Changed Baseball and Created a Legend. His other books include Red Sox Century, Yankees Century, and Fenway 1912. He is the series editor for The Best American Sports Writing. He lives in Vermont.

Q: Why did you decide to write The Selling of the Babe?

A: About 20 years ago, I did a book called Red Sox Century, and I first came to discover that the so-called Curse of the Bambino, which had been used to excuse Red Sox failures for decades, was factually incorrect.

I wrote that, and filled that out, in Red Sox Century. It received traction at the time, and changed the narrative of the team. As time passed, I realized there was more to the story. I wanted to create a more nuanced account, and write more about Babe Ruth.

Ruth is the subject of many biographies, but they tend to be larger survey biographies and don’t look [as much into] this period—the time of the sale, the dead-ball to lively ball era when the home run first became prominent. The confluence was fascinating and deserved a close look. 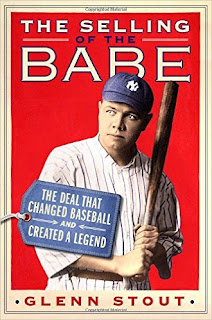 A: I was fortunate that in doing so many other books I had a great deal of the material already collected. I try to go back to the original source material [such as newspapers]. You can’t trust accounts by players; so many are ghostwritten accounts. Newspapers, not just the easy ones online, like The Boston Globe, but ones that are on microfilm.

I visited the Harry Ransom Center in Texas. It has the archives of Harry Frazee, the Red Sox owner. It allowed me to create a wider portrait of Frazee. In many portraits, he’s a stale theatrical producer, when in fact he was wildly successful. [I also looked at] other baseball titles.

A: Much was familiar to me, but what struck me was that Ruth’s transformation from pitcher to slugger isn’t a straight line. It moves in fits and starts….I already knew this, but I was able to flesh it out. It wasn’t a foregone conclusion that he was going to be successful, and you see the speed with which the home run game took over in baseball, [with] Ruth as the catalyst.

Q: You write, “He was crossing over, like only a handful of athletes before him…into the realm of celebrity, famous far beyond his field.” What about Babe Ruth caused him to become that famous, and when did it happen—before or after the trade? 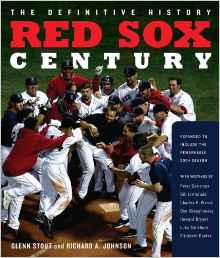 A: It really took place after the trade. Ruth came to New York at the perfect time. The war had just ended, the media was growing rapidly, the economy was starting to boom, the entertainment industry was just getting its footing. There were a lot of nightclubs; the magazines were creating celebrities.

Here came Ruth, an oversized figure, ripe for exploitation and for the newspaper people to create this figure. He came along at the right time.

Before Ruth there were only a handful of celebrities who became household names. Ruth crossed all these barriers. They did put him in films, wrote songs about him, all of a sudden he was better known than the U.S. president.

It set the stage for people like Charles Lindbergh to become wildly famous. The media machine was [working. Ruth] had a lot of color and personality. A lot of people were living vicariously through the Babe.

Q: What do you see as Babe Ruth’s legacy in baseball today? 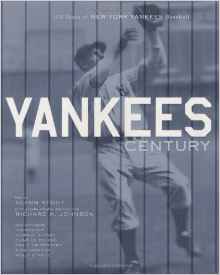 A: The game played today is the game Babe Ruth created with home runs—it has been in place for nearly 100 years. Baseball was a radically different game before. The home run changed everything—[before that,] baseball was a strategic game, almost like chess, run by managers.

Ruth came along…[and the home run era] added a dimension to the game, took it into the air. At the same time as Ruth set records, it was the first time baseball looked at its past, [and this] gave baseball its history.

Ruth was in many ways the first figure in baseball who made it possible to be a fan of a single person rather than a team. It didn’t matter [where you lived]; you could be a fan of Babe Ruth. That hadn’t happened before. You can see that in other sports—people are LeBron James fans more than fans of the Cavaliers.

Q: Do you see any present-day baseball players who remind you of Babe Ruth?

A: There’s no one like Babe Ruth! You’ve had people hit more home runs, but no one approaches his cultural impact, his popularity, his personality.

The funny thing about Ruth is that he wasn’t a particularly good guy. He was not a bad guy, he was just guileless—but [that made him] easier to be affectionate toward. He was larger than life all the time, not just on the baseball field. 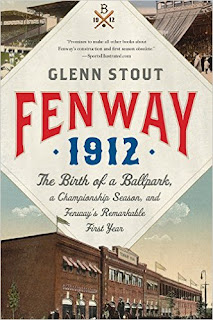 Players today…are not the public figures Ruth was. Ruth would walk down the street and be mobbed by kids, and was seemingly unbothered by that. He didn’t see himself as separate from the fans; he was a parade unto himself.

A: I’m always working on something. I’ve recently completed a book that’s not out yet. I helped a baseball figure write a memoir…I continue to edit The Best American Sports Writing. As a freelance writer you always have to be looking ahead.

One of my previous titles, Young Woman and the Sea, is in pre-production at Paramount Pictures. Fingers crossed it will be a movie in a couple of years!

A: When you write about Babe Ruth, you get to tell some stories. There’s a lot of information in the book, but there’s also great stories. Ruth is the greatest character in the game, and that’s why he’s so much fun to write about.