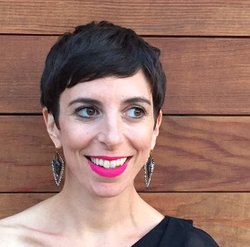 Ilana Manaster is the author of the new young adult novel Doreen, a modern retelling of Oscar Wilde's classic The Picture of Dorian Gray. Her work has appeared in a various publications, including Cosmopolitan and Soon Quarterly, and she lives in Chicago.

Q: How did you come up with the idea of a modern-day retelling of The Picture of Dorian Gray, and why did you decide to focus on several girls at a prep school?

A: What happened [involved] Rebecca Sherman, my agent and a friend since I was 15 years old. I was getting an MFA at Columbia, and she had spent many years in children’s and YA. She came up with the idea of a contemporary version of The Picture of Dorian Gray, and said, You’d be perfect!

At first, I thought it would mostly be illustrated, and then I realized I’d be writing the whole book! It was a natural transition from Victorian men to contemporary girls—it was almost like if you’re going to retell it, it’s obviously with girls at boarding school. Their parents aren’t around.

The original is told almost all in conversation. The biggest change was to put more action on the page. The Simon Vale character—Sibyl Vane in the original—Dorian tells that story. I had Doreen tell the story, but Rebecca said you’ll have to experience it [rather than just tell it]. 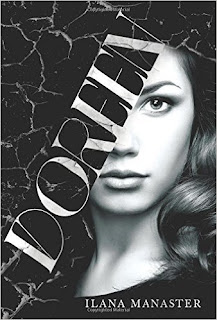 Q: Yes, I was going to ask you how you decided on when to stick to the original Dorian Gray story and when to veer away from it.

A: That happened mostly in rewrites. The first draft was a very close update, almost scene for scene. I thought I was done! Rebecca thought, We need to talk about how this can be a contemporary version, not just in the setting but in how it’s told.

It was always about the picture, and how it changed over time. How do you make it change in the digital media world? If it changes on a computer, it’s not that freaky. A hard [copy] in the world changing is scarier.

It was also about evening out the characters, [for example] focusing on [the character] Heidi and her story…Issues of class in England are different from in America. In the original, they’re all wealthy upper-class guys.

I wanted to bring the issue of privilege up. I wanted Heidi to feel she wasn’t totally part of it. There was a Pygmalion aspect in it from the beginning—I wanted to bring it in more and more.

The original had a lot about influence, [and Wilde wrote that] all influence is evil. Especially for today’s young adult readers, it’s a salient point. You’ve got to face it on a day-to-day basis—being the influencer or being the influenced, drawing the line with parents and contemporaries, [being] empowered to make your own decisions—but this goes too far… 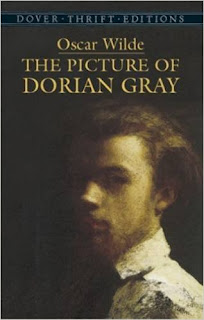 Q: Were you a fan of Wilde’s work before writing this novel?

A: Of course. I wouldn’t say I was a hardcore crazy fan. His life and his one-liners are amazing. The original book [was great but] it had some problems—there was a whole chapter of a list of what he bought. The spirit of the original is wonderful. I taught writing to freshmen at Columbia University, and I [asked them about a meaningful book] and every year someone mentioned Dorian Gray.

A: A couple of things. A literary fiction book about a female standup comic in New York City—it’s toward the point where I’ll be seeking publication in the next few months. Also, I started a book about two sisters, and one is a prosecutor in Chicago, which is what my sister is. It’s a mystery.