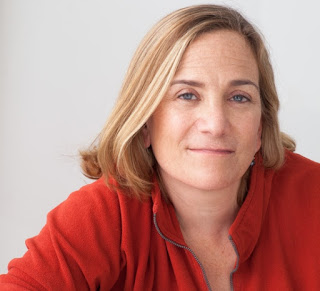 Tracy Chevalier is the author of the new novel At the Edge of the Orchard and the editor of the new anthology Reader, I Married Him: Stories Inspired by Jane Eyre. Her seven other bestselling novels include Girl with a Pearl Earring. Born in Washington, D.C., she lives in London.

Q: How did you come up with the idea of the Goodenough family, and what surprised you most in the course of your research for At the Edge of the Orchard?

A: I was reading a book by Michael Pollan called The Botany of Desire.

In it there’s a section about Johnny Appleseed and apple trees in 19th-century Ohio, and about how most of the trees Appleseed sold actually produced sour apples used for making cider and applejack.

If you want sweet apples you have to graft trees from other sweet-producing trees, and Appleseed didn’t believe in grafting. So the whole healthy-lifestyle myth that grew up around him was just that – a myth.

That was what surprised me the most – how different reality was from the stories about him. In reality settlers were drunk a lot, as it was such a difficult life.

This made me imagine a couple fighting over apples – one wanting to grow sweet, the other sour. The book grew from that. Johnny Appleseed is not the main character, but he plays a small, significant role – basically as Sadie Goodenough’s enabler. Sadie likes her applejack. 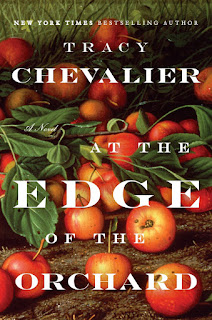 A: I knew emotionally where the main character  - Robert Goodenough, the youngest son – needed to get to, but I wasn’t entirely sure how he was going to get there. In fact, at the start I wasn’t even sure he was the main character, but as I wrote he grew into the role.

Q: The novel includes the viewpoints of several members of the Goodenough family. How did you decide on the use of first person or third person (and two sections in the form of letters) for the various characters?

A: This is one of the trickiest parts of writing for me. I have always found first person easy to write, third person hard – because for third person you have to negotiate the space between the character, the narrator and the writer. Getting that right is tricky.

In the past I’ve agonized over which to use, and haven’t always felt in control. This time I just went with it and stopped worrying.

So most of the book is third person, but Sadie Goodenough’s sections came out of me in first person, and that felt right, for Sadie is a very strong character and needs to tell her story herself. You learn a lot about her from her voice.

There are also two sections of letters, which I used to bridge a long period of time and long journeys where I didn’t want to get into a lot of detail (otherwise the book would have turned into an epic saga of 800 pages) but I wanted the reader to know what was happening to the characters. It was a short cut that tells you a lot in little space. 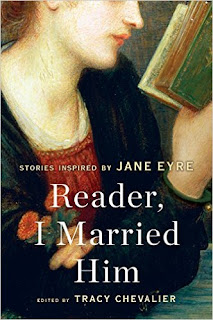 Q: You also have another new book out, an anthology called Reader, I Married Him, which includes various stories inspired by Jane Eyre. How did you get the idea for this book, and how did you select the authors to include?

A: I was asked by the Bronte Parsonage Museum in Yorkshire to become a creative partner with them for the bicentennial of Charlotte Bronte, author of the much-loved Jane Eyre. It took place on 21 April 2016.

I curated an exhibition – up all year at the Bronte Parsonage – organised a series of events, and edited a book. With Reader, I Married Him I took the most famous line from Jane Eyre and asked 20 women writers to write stories inspired by it.

Some, like Helen Dunmore, Francine Prose, and Audrey Niffenegger, rewrote the Jane Eyre story from another’s point of view. Others – Namwali Serpell, Joanna Briscoe – took elements of the novel such as the moors setting or symbolism like animals and mirrors, and wove that throughout their own stories.

And many writers simply wrote about marriage and love in its many forms. Some are sad, some – such as Lionel Shriver’s and Elizabeth McCracken’s – are hilarious.

Q: Did you write your own story, "Dorset Gap," especially for this collection?

A: I did. I don’t write short stories often, and in fact hadn’t been planning to write one for the collection, but the other writers said, “Come on, Tracy, of course you have to write one if you’re asking us to!” I decided to take the reputation the novel has and write about that. It’s one of the more light-hearted pieces.

I am rewriting Othello. A UK publisher, Hogarth Press, has come up with the Hogarth Shakespeare Project, where writers choose a Shakespeare play and write a novel inspired it.

So far Jeanette Winterson has done The Winter’s Tale, and Howard Jacobson The Merchant of Venice. Anne Tyler is up next with a retelling of The Taming of the Shrew, and Margaret Atwood follows with The Tempest.

I have set my novel on an American school playground in the 1970s, and all the characters are 11 years old. One day a black boy walks onto an all-white playground; it’s about what happens to him over the course of that day.