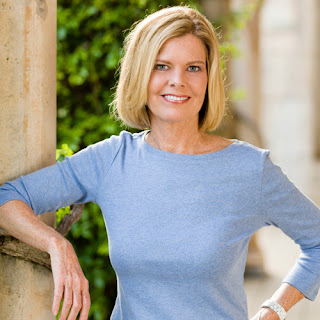 Mary Simses is the author of the new novel The Rules of Love & Grammar. She also has written the novel The Irresistible Blueberry Bakeshop & Cafe. She has worked in the magazine industry and as a corporate attorney, and she lives in South Florida.

Q: How did you come up with the idea for The Rules of Love & Grammar, and for your main character, Grace?

That memory [of our one dance together] had been rattling around in my head for years, and I guess it was destined to emerge in a story sooner or later. Although I wanted to use an incident like that as a springboard, I didn’t know where one dance was going to take me in terms of a whole book.

And then another idea came to me through a conversation I had with a friend. We were talking about how people often feel guilt over the death of a loved one – they didn’t do this or they should have done that – and how it can haunt someone forever. It was an idea I wanted to explore and with those two fragments, I began to build a tale.

I think the character of Grace came to me largely because of a little article I read years ago in a newspaper. It was a story about two guys who were traveling across the country and along the way they were correcting all the grammatical mistakes they encountered – in restaurant menus, posters, newspapers, flyers, you name it.

They explained how they would approach the “owner” of the mistake and ask if they could correct it. Most people said yes; others were insulted or thought they were crazy. I loved that story and I decided to use it as the foundation for Grace. 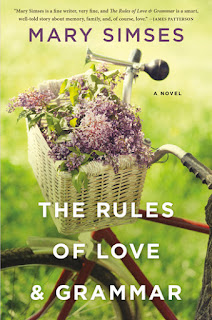 Q: Throughout the novel, Grace tries to come to terms with her sister's death more than a decade earlier. Can you say more about why you decided on that theme, and did you know how the book would end before you started writing, or did you make many changes along the way?

A: The theme of Renny’s death came out of the conversation I was just mentioning – about people feeling guilty over the death of a loved one. I thought it would be interesting to have a character experience something wonderful (the dance, in this case, although it’s a much more meaningful event in the book) and then almost immediately experience a tragedy, so that those two events are intrinsically entwined.

In terms of the ending, I had an idea about how the book would end before I started writing, but it was complicated getting there. It was a much harder story to write than my first book, but that’s fine because I learned a lot doing it.

Q: The book also deals with coming home to the place you grew up. How important is setting to you in your writing, and is the town of Dorset, Connecticut, based on a real place?

A: The setting of a story is very important to me. It may be the most important thing because it feeds everything else I do. I have a very visual method of writing, where I picture things as though they’re scenes in a movie, so settings are critical. I’ve always loved photography – I’ve had cameras ever since I was a kid – and I think the act of taking so many photos over the years has helped hone my ability to describe scenes.

My favorite settings are small, coastal towns in New England. I love to create fictional towns because I can construct what I need for the story. That said, I based both of my fictional towns – Beacon in The Irresistible Blueberry Bakeshop & Café and Dorset in The Rules of Love & Grammar – on amalgams of real places. 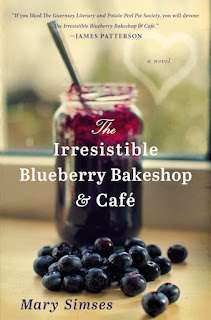 For example, there is a real Sugar Bowl luncheonette in Darien, where I grew up. It was there when I was a kid, although it looks much different now, especially inside. I used the idea of the Sugar Bowl in the new book, although I made up my own décor for the place.

I also borrowed other elements from real towns in Connecticut, including a harbor in Rowayton, where the Five Mile River flows out to Long Island Sound. That was the inspiration for the harbor in Dorset. The village greens in Fairfield, my summer home, and Guilford, farther north, were the inspiration for the Dorset village green. The Fairfield green has a lovely gazebo, like the one in the book, and there is live music there once a week on summer evenings.

The scene at Miller’s Orchards was inspired by two Connecticut apple orchards – Silverman’s Farm in Easton and Blue Jay Orchard in Bethel. It was at Silverman’s Farm, years ago, where I first picked an apple off of a tree and ate it. My reaction was the same as Grace’s – it was the best apple I’d ever eaten and I still remember every detail about that moment.

Q: Are you really strict when it comes to the rules of grammar, or is that just Grace?

A: Ha! No, I’m not nearly as strict as Grace. That’s largely because I don’t know the rules as well as I should. My grammar is okay – it’s not terrible, but it’s not stellar. Thank God I had a wonderful copyeditor who is an excellent grammarian. She saved me.

A: I can’t provide too much detail because I’m still working it out, but I’ve started a third novel. As with The Rules of Love & Grammar and The Irresistible Blueberry Bakeshop & Café, the story will involve family relationships, drama, humor, a setting in New England, and, more than likely, good food.

A: Hmm … let’s see. Well, if we’re talking about “true confessions,” I’m a terrible dancer (my husband complains that I step on his toes), I do obsess a bit about needing things to be organized (I’m a lot like Grace in that way), I wish I could sing (well), and although I have found plenty of spelling mistakes in restaurant menus I’ve never pointed them out to the management.