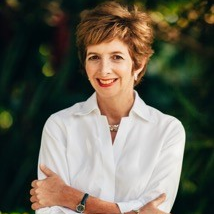 Pamela Rotner Sakamoto is the author of the new book Midnight in Broad Daylight: A Japanese American Family Caught Between Two Worlds. The book looks at the Fukuhara family, who had sons fighting on the American and the Japanese armies in World War II. She is a consultant for the U.S. Holocaust Memorial Museum, and she teaches at the Punahou School in Honolulu.

Q: At what point did you decide to write the story of the Fukuhara family, and how long did it take to write and research the book?

A: I met Harry [the son who fought on the American side] in Tokyo in 1994. He eventually told me his story, over four years. He was in San Jose and I was in Tokyo; he would go to Tokyo several times a year, and he would call me to have lunch. Slowly, the story would trickle out.

Part of it may be that he was coming to terms with telling a story he hadn’t told. He was a career military intelligence colonel and wanted to be sure he could tell his story to someone he could trust.

I was doing Holocaust Museum work at the time. I was so fascinated—I was an East Coast Jewish girl raised in the Boston area, and I was never exposed to the [Japanese-American] internment at school.

I said, in 1998, Harry, this would be an important story on multiple levels: Japanese-American relations, the Japanese-American story, your generation, your own legacy for your family….I think you should be thinking about a book…

Harry was the patriarch of the surviving family. They were on board immediately, especially [his brother] Frank.

Q: How many years did it take to write the book?

A: I started working on it in late 1998, and I finished the research in Japan. In 2007 I moved to Honolulu. Harry moved from San Jose to about five minutes away from me—his children were in Honolulu. I kept interviewing. I struggled: How am I going to write this?

I decided on a dual narrative…I sold the book as a complete narrative. I put it away for a year and went forward with an agent, and the publisher came quickly. The editor and I started working on it in 2014, and it was published in January 2016.

It was 17 years, but there have been interruptions—moves, children, jobs, procrastinations, publishing obstacles for new writers. I’m still standing! 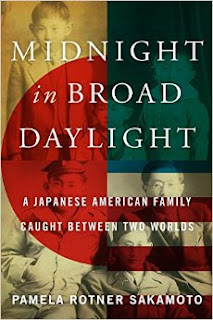 Q: You provide incredible detail into the family’s life in the 1930s and ‘40s. What did your research consist of, and what did you learn that particularly surprised you?

A: It was detailed research. I read generally about the period, and slowly spotlighted, and got more detailed. I did original research in Japanese archives and American ones, even Australian ones.

What surprised me—I had to separate myth and lore from fact. This was not a privately published family story. I wanted it to be history through the lens of one family.

They talked about their dad moving to the U.S., but never knew when he did. I went through records in Tokyo. His father’s family had fallen on hard times, and had loaned their name. I couldn’t find Fukuhara, and one day I found [them under the name] Fukumoto.

It was one of those moments when everything fell into place. The family was telling the truth, and I also have something to give them—it gives them affirmation. There were all kind of little discoveries!...

Masako, the surrogate daughter [of Harry’s mother] was a fabulous source. She mentioned that on that morning [of the Hiroshima bombing] as they were going back home, they encountered women from the neighborhood. Those women didn’t survive the blast. That gave me some sense of what a close call it was.

She told me how many women, but I didn’t know their names. I was reading unpublished books in the Peace Museum archives, and found [records]. Everything matched. I could use it…

Q: How common or unusual was the Fukuhara family’s situation, having brothers fighting in both the U.S. and Japanese armies during World War II?

A: When I began the book, I realized from talking to Harry and Frank that there were other families who had a similar situation. It was not unique. They were even more representative of their generation, but I didn’t know how common it was. The largest number of Japanese immigrants to the U.S. was from Hiroshima Prefecture. Many sent their kids back to study…

Since the book is out, I hear from readers weekly, several a week, who share this story. They’re so glad it’s being told. It is their story.

Q: What have been the reactions overall to the book?

A: I hear daily through my website, people write to me—[there are] some who are just fascinated by the story. Others are Japanese-American and it resonates deeply for them.  I also get calls at school—students take messages at the switchboard.

I got a letter, several pages long—[the writer] read it in two days. He was a retired National Guard sergeant in the first Iraq War. I knew he wasn’t Japanese-American…

He told me his military background and said he was struck by Harry’s experiences interrogating prisoners of war in New Guinea, that Harry regarded them as people.

When he was in Iraq, they would go deep into the desert to gather POWs, and he was taught to believe one thing about them, but when he was face-to-face and saw they were just young men and boys, he felt the futility of war. It was so moving that he reached out.

Q: What do the surviving Fukuhara family members think of the book?

A: The children of Harry and Frank are alive. They’re pleased with it. One of the daughters, Pam, was at the launch. She was supposed to go with me on a [book] trip but could not. She’s thrilled. The older sister, when I was in California, she and her husband traveled two hours to a reading.

They’re gratified it’s out there, and they’re deeply proud of their dad. In December, the 500th Military Intelligence Brigade named ther permanent headquarters Harry Fukuhara Hall. That was a big deal—that facility was strafed by Japanese Zeroes on Pearl Harbor Day.

He was so legendary in the military intelligence service for the success of his missions…His family was there, and I was with them.

A: I still consult for the U.S. Holocaust Memorial Museum. During the school year, writers need to work, too, and I am teaching at President Obama’s high school, Punahou School. I teach 10th grade Asian history and 12th grade European history. I will continue teaching.

I would love to write another book. I have to get something that grabs my attention. This is my first year at Punahou, and I am treading water with the learning curve. I want to promote this book. In a few years down the road, I know I’ll get the itch [to write another book].

A: President Obama is going to Hiroshima. I am thrilled about that, and hoping he knows it wasn’t just Japanese victims of the bomb—I don’t think he needs to apologize--many people died in Hiroshima, and some were Japanese-American.