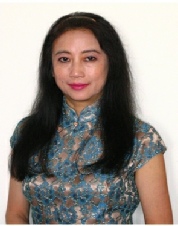 Mingmei Yip is the author of the new novel The Witch's Market. Her other novels include Secret of a Thousand Beauties and The Nine Fold Heaven. She also is a calligrapher and musician. Born in China, she lives in New York City.

A: Unlike some writers, I do not plot out the entire novel before I start to write. Instead, what I need is an idea that excites and intrigues me.

I’ll give two examples. Once I attended an academic lecture where the speaker talked about hongfen kulu, skeleton women. The term refers to scheming women, so beautiful that they could destroy men and turn them into skeletons.

Skeleton woman is a term from a very wicked period of Chinese life. I’d heard it as a child when the adults talked in hushed tones about these evil, but irresistible women.

Right in the middle of the lecture I decided that my next novel would be about these skeleton women. Many of these women used their charms to serve as spies, a kind of life I knew nothing about. 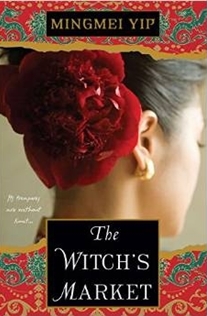 I started doing research about them and, fortunately, was able to find some old books about these brave, though treacherous, people. Though most were men, there were two or three women, as beautiful and scheming as one could hope for!

Another example is my new novel, The Witch’s Market. I wrote the entire novel inspired by a short travel article of the same title in a Chinese magazine.

Despite shivery moments, I pursued my research on witches, shamans, and out-of-body experiences. To this potion, I added a murder mystery – harder to write because I was trying to solve a murder case from a 20-year gap!

A: My next novel is about exotic Chinese sex. The sensuous secrets Westerners have wondered about but have never before had revealed to them. They have been recorded – with spicy illustrations – but hard to find. Whatever readers think they know about sex, they will find many surprises in my forthcoming novel.

A: Besides writing novels and writing and illustrating, I also enjoy playing the guqin, doing calligraphy and painting in traditional Chinese styles. If you want to know more, you can take a look at my website.