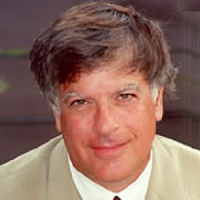 David Satter is the author of the new book The Less You Know, the Better You Sleep: Russia's Road to Terror and Dictatorship Under Yeltsin and Putin. His other books include Darkness at Dawn. He is a senior fellow at the Hudson Institute and a fellow at the Johns Hopkins School of Advanced International Studies, and was a reporter in Moscow from 1976-1982.

Q: You begin the book with an examination of the 1999 apartment bombings in Russia. Why did you choose to start with this?

A: The apartment bombings were actually the most important event in Russian history in the last 25 years. They aren’t understood as such because many in the West are not willing to face the implications…

It’s the greatest political provocation since the burning of the Reichstag. [Russian leader Vladimir] Putin would have had no chance at [taking over] were it not for this attack. Putin was able to depict himself as a savior…

Q: Why would you say people in the West are unwilling to face it?

A: It’s a difficult thing for Western people to imagine. We are accustomed to elections with dirty tricks, or where one candidate will show a nasty picture of another’s wife, or where a candidate will call another nasty names.

But it doesn’t enter anyone’s head that one candidate could stage a provocation in which hundreds are killed to improve his or her political standing. It’s hard for Westerners to believe this is possible.

And another factor—there’s no percentage for an American adviser or foreign policy specialist to raise this issue if [this person] is ambitious and wants to make a career in an administration bent on improving relations with Russia.

In Russia, the advent of Putin was accompanied by an unprecedented economic boom that began before Putin came to power but Putin was given credit. Many Russians don’t want to rock the boat. 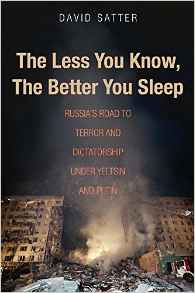 Q: What have the responses been to your writing about the apartment bombing?

A: There haven’t really been any responses. Occasionally someone will ask an academic or two their opinion of the apartment bombings, and the academic will say, I don’t believe it.

No one has ever argued that it didn’t take place. The last time I raised this was in a book from [more than a decade ago], Darkness at Dawn. People prefer to remain silent and not react at all.

No one ever put forth a serious argument showing there was no FSB [Federal Security Service] involvement in the bombing of the building. In the case of the Ryazan bomb, which did not go off, [security service] agents were arrested on scene. It’s not as if there was no evidence.

What I do hope with the book is that it clarifies things for people, and will make it harder for them to adopt the See No Evil, Hear No Evil [approach].

The government apparatus is more important under Putin—it was able to fulfill the functions of government, but it did so under the compromised [foundation] laid in the Yeltsin years. Gangsters and businessmen are subordinated to corrupt government officials under Putin. The government established some control but on the basis of corruption.

That’s a Russian saying, “The less you know, the better you sleep.” There was a desire not to know, and still is. 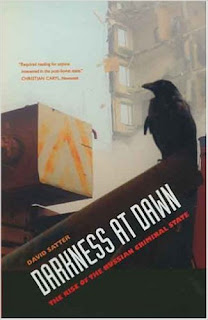 Q: You write, "Russia faces a darkening future." What do you see looking ahead, say 10 or 20 years?

A: I think it’s in the nature of any authoritarian regime to degenerate. There is a tipping point beyond which people are fed up. We saw that in Ukraine. Russia has crippled itself as an economic power for the reason that it took the easy way. Because of massive corruption, fed by oil revenues and is affordable while they have windfall profits, but none was used to create an infrastructure, to modernize, which Russia needs…

As a result, Russia is less competitive, and areas outside oil and gas have atrophied. Now, because of aggressive actions of the regime, there are sanctions on oil and gas technology, and they will have problems even in that area. There’s also a lot of hatred built up; the corruption [is obvious] to Russians.

I think it’s a matter of time. This is a system that’s not stable in the long run. What do we mean by long run? Who knows. Stability is the ability of the system to withstand internal and external shocks. I don’t think Russia hast hat ability. We don’t know what will start the chain reaction, but that’s difficult to predict in any country.

A: I want to do a historical work on Russia after the fall of communism. The themes touched on in this book will be developed to a greater extent, with more personal stories, carrying it up to the publication date.

A: It’s an attempt by me to interpret the entire post-Soviet period in Russia. As far as I know, there does not exist another… people have written about Putin, about Yeltsin, but what I’ve tried to do is explain what happened, what Russians need to do to take control of their future, what we’re missing.

My hope is that it will have some sort of effect. Only time will tell. People have to be ready to think in a somewhat different way, to open their eyes to a world that’s very unfamiliar to them. People don’t like doing that as a rule.