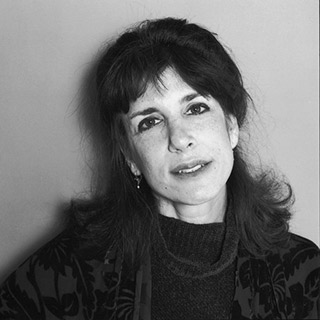 Claudia Roth Pierpont is the author of the new book American Rhapsody: Writers, Musicians, Movie Stars, and One Great Building. She also has written Roth Unbound and Passionate Minds. She is a staff writer for The New Yorker, and she lives in New York City.

Q: How did you pick the title American Rhapsody, and what did it signify to you?

A: American Rhapsody was George Gershwin’s original title for Rhapsody in Blue; Gershwin’s brother Ira talked him into changing it.

But Gershwin really believed he was capturing something about America in this music, specifically in what he (along with so many listeners) identified as its “melting pot” character: that is, its free and easy mixture of European classical style with elements of Tin Pan Alley and jazz.

The new American music, as Gershwin saw it, grew out of a powerful integration of “high” and “low,” black and white – the power came from the fact that we are a diverse people with a wide and varied culture.

The title, like the music, reflects an ideal of what this country might become, and I knew I wanted it as the book’s title from the start, even though I also knew that a lot of the book would be about the country’s failure to live up to its ideals, particularly reflected in the lives of Bert Williams, James Baldwin, and Nina Simone.

In a sense, the book is about the articulation of American ideals, and the long (and continuing) struggle to achieve them.

One more thing about the title: for Gershwin, a “rhapsody” was a distinct musical form, much less tightly structured than other forms but held together by repeated themes. This also seemed appropriate for a book of interwoven essays in which certain subjects – women’s roles, civil rights, the expansion of a culture – keep coming up. 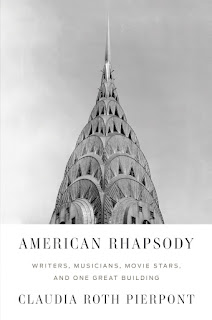 Q: How did you select the people you write about in this book, and do you see any common themes running through their lives?

A: The subjects were chosen in different ways; a few were suggested by an editor, but most were requested by me, based on intrinsic interest – or fantastic excitement, in truth, at being able to get my hands on the subject, and because I felt it worked with others I already had in mind for the book.

And emphatically yes to the question of common themes running through these lives. Just one example: so many of Edith Wharton’s early-20th-century heroines break out of constricting traditions and move (often uneasily) into a modern world of divorce, jobs, and unheard-of freedoms, making these heroines the clear predecessors of Zelda Fitzgerald’s hedonistic flapper generation; by the 1940s, this newly liberated female – or her image – has turned into the dangerously free, gun-toting dames of Dashiell Hammett’s hard-boiled world.

And then the career of Katharine Hepburn shows us just what a “free” woman was up against through several decades, including the newly constricted, frantically redomesticized 1950s.

That’s an awfully compressed way of putting it, but it was a thrill for me to work out these changes from subject to subject.

Q: One of the essays focuses on a building – the Chrysler Building – rather than a person. Why did you decide to include this chapter in the book?

A: The Chrysler building was commissioned by a mechanical/industrial genius, Walter Chrysler, and designed by an architectural genius, William van Alen. 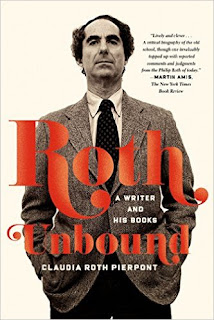 So this essay is really no less a story about epoch-making individuals than any of the other pieces in the book. I could have called it “Walter Chrysler, William van Alen and the Chrysler Building” to make that clear.

But, however strange this sounds, that didn’t seem quite fair to the building, which looms so much larger in our imaginations than the individuals who created it.

The story of the Chrysler Building – how did it get that crown? – tells us so much about the aspirations, achievements, and devastations of the eras it has weathered. It’s essential to the American story recounted in this book.

A: There was always a quest to define and exemplify qualities that are specifically American, going well back into the 19th century. But during the decades covered by this book the sense of what these qualities or styles might be was continually expanding.

I’ve mentioned the breadth of Gershwin’s musical aspirations. In literature, there were voices of a kind that had never been heard before: Dashiell Hammett’s unliterary, bare knuckles style; James Baldwin’s mixture of black vernacular with Henry James in Go Tell It on the Mountain.

In painting, thanks to Jackson Pollock (first exhibited by Peggy Guggenheim) the new style of Abstract Expressionism gained international recognition for embodying the values of freedom and individuality that had triumphed in the Second World War. 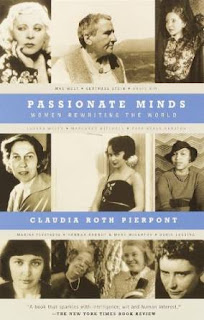 Overall, American culture came to seem the reflection of the country’s new position in the post-war world.

To take a broader social view, the culture was also been becoming ever more inclusive – of women, different ethnic groups, and people of color – albeit with excruciating slowness.

One thing that Edith Wharton and Nina Simone had in common, by the way, is that both women felt they had to escape America, permanently, in order to live freely.
Wharton left, circa 1911, in order to escape a still provincial and puritanical culture, while Simone, some 60 years later, left to escape the pervasively racist culture.

But maybe the two women did have more in common: both were American to the core, no matter where they lived, and both have immensely enriched our human knowledge with their art.