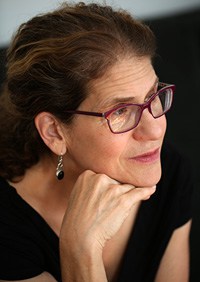 Eileen Pollack is the author of the new novel A Perfect Life. Her other books include The Only Woman in the Room and Breaking and Entering. She is a professor in the Helen Zell MFA program in creative writing at the University of Michigan, and she lives in Ann Arbor, Michigan, and New York City.

Q: How did you come up with the idea for A Perfect Life, and were the characters based on real people?

A: I came up with it years ago, in the 1980s. My then-husband was doing his Ph.D. research at MIT at the lab of Dr. David Housman, who was working to find the gene for Huntington’s chorea.

I was fascinated by the role of a woman, Nancy Wexler, who was finding families who carried the gene for Huntington’s. Nancy herself was at risk for the disease.

Her mother had died of Huntington’s…Nancy’s father had funded a foundation to carry out research. Nancy had a sister who was also at risk.

Her story is so fraught. Everybody wondered if she had inherited the disease. It would be the first marker for an inherited gene. If she took the test [that was developed], she would know [if she would develop the disease], but there was no cure. I was very interested in Nancy and her decision: would she marry or have children?

Also, there was Arlo Guthrie. His father, Woody Guthrie, died of Huntington’s, and he also was 50-50 for the disease. He did fundraising for the disease. I thought, what if they fell in love with each other?

I knew the biology from living with my husband, and I have a background in physics. I was fascinated by the whole thing, and decided to write a novel.

Q: You’ve written a nonfiction book about your experiences as a woman in science. How did your own experience affect your portrayal of your character Jane?

A: Maybe I was living a little vicariously through her. I didn’t go on to do original research or work in a lab. The nonfiction book is about how hard it is to be a woman scientist. The novel is just about a woman scientist. The focus is not on her gender. It’s pretty clear she’s a wonderfully talented researcher. 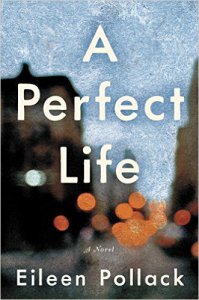 So few novels are about women scientists, where you can take for granted she’s a great woman scientist and it’s not problematized…

The thing that’s interesting is that I had a very rough time getting [it] published. I was told no one would want to read it because men don’t want to read fiction by a woman, and women’s book groups wouldn’t want to read about science. It was the same discrimination.

Q: Why did you choose to set much of the story in the past, rather than closer to the present?

A: I wrote it almost as it was happening—it was not written as a historical novel! Now it looks like a historical novel….One thing that’s still very current is they were very lucky about finding the marker for Huntington’s. That didn’t lead to a treatment or a cure, but I read [recently] that they think they might have a treatment.

The story is still very current. You can find a marker, but you can’t cure it—but the question is, Would you take the test? I wrote contemporaneously with the events, but there was the idea [then] that women would be scared off by reading about science.

A: It wasn’t my title. It was [originally called] The Valentine’s Gene. The disease I made up is called Valentine’s Disease. The publisher didn’t want me to call it that. We had to come up with another title.

It’s something Willie, the Arlo Guthrie character, says to [the character Jane]. Jane doesn’t want to have a child unless she knows they both don’t have the gene, and he accuses her of wanting to have a perfect life. His philosophy is, You make the best of it. You can’t live your life based on genetic tests.

The people in the book who are not at risk for Valentine’s are at risk for life. The characters are immigrants, one is disabled, one is an African American nurse who says, At least you know your child has a 50-50 chance of growing up fine. She wishes her son would have a 50-50 chance of coming through life unscathed by racism. You can’t guarantee a perfect life.

Q: You’ve described the difficulty of finding a publisher for this book. Can you say more about that? Q: Why did you name the disease in your book Valentine’s disease?

A: A lot of diseases are named for the person who defines the syndrome. I came up with a [scientist named] Valentine who describes the disease—but it’s a disease of love. You pass it to those you love.

I was thinking of AIDS--any disease that is transmitted through sex or genetically is a disease of love. If you have sexual relations with someone—Do you live your life without procreating or having children? I wanted to emphasize that these are diseases that have something to do with love.

Q: What do you see looking ahead when it comes to research on genetic diseases?

A: …Once you know the fundamentals of how genetics work, which scientists have known for half a century, there’s nothing you can’t do. It’s mechanical; it’s a code.

Some people are thinking about the questions, Do we want to put boundaries on things? But most people haven’t thought about it very much.

I think it needs to be in people’s consciousness—what we’re going to manipulate in terms of the genome, and what consequences it will have…

Q: One character I found very fascinating was Jane’s sister, and without giving too much away, what can you say about that character?

A: Much of this was based on the Wexler family. Nancy is in research, and her sister Alice wrote a book about the family’s experience. That was very helpful to me. It’s not their experience, but it’s formed by it. Nancy and Alice lived very productive lives. 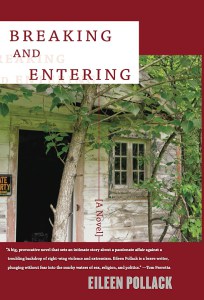 When I was doing research for the book, I would see stories about people with Huntington’s and other neurological diseases. [I read that] many people who [are] at risk decide they have it. They live their lives as if they know they’re not going to survive very long. They don’t finish school; they lead reckless lives. I was fascinated by that…

A: I’m really interested in the notion of what science is going to do and whether people are prepared for it. I’m fascinated by the notion of human life being extended. Are we some day going to be immortal?

Within a relatively short time, we probably are going to be living for hundreds of years. I’m working on a novel that’s not science fiction, it’s based on real things, but have we really thought about the consequences?

I have another novel coming out in early 2018. I had finished it and it took a while to find a publisher. The world is catching up to me! It’s called The Bible of Dirty Jokes. It’s about a female standup comic.

It’s a pretty raunchy book. I was told nobody wanted to read something raunchy written by a woman. That was before Bridesmaids came out...I’m hoping Sarah Silverman or Amy Schumer could play the lead in the movie version!

A: If people are interested in the real-life story [A Perfect Life] is based on, they can read Alice Wexler’s nonfiction version. It’s called Mapping Fate.

--Interview with Deborah Kalb. For a previous Q&A with Eileen Pollack, please click here.
Posted by Deborah Kalb at 6:16 AM