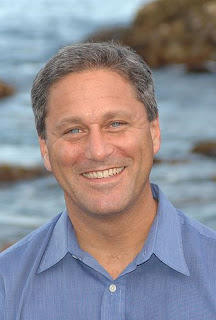 Eric Jay Dolin is the author of the new book Brilliant Beacons: A History of the American Lighthouse. His other books include Fur, Fortune, and Empire, Leviathan, and When America Met China. He has worked in the environmental policy field, including for the U.S. Environmental Protection Agency. He lives in Marblehead, Massachusetts.

Q: Why did you decide to write a history of American lighthouses, and what would you say lighthouses symbolize in this country?

A: After my last book, When America First Met China, my long-time editor at W. W. Norton, and the head of sales, wanted to know if I was interested in writing a book about American lighthouses.

I was intrigued. Although I had seen a few lighthouses, I knew absolutely nothing about their history. So, I asked for time to think it over, and do some research.

The more I read, the more excited about the topic I became. Every day was a revelation. I literally had no idea how important lighthouses were to American history, and how many threads of the American experience could be woven into this book.

Far from being just a story about lighthouses, it was a story about colonial commerce, nation building, war, technological innovation, engineering feats, disasters, storms, tragedy, personal sacrifice, and inspiring determination, as well as poetry, art, and hope.

After about a month, I knew this was a book I wanted to write, so I submitted a formal proposal, and the book was born. 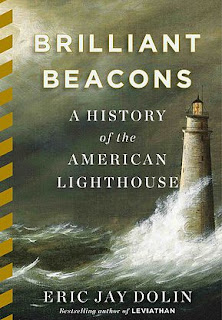 The beauty comes from their elemental form, grand towers of brick, stone, iron, and cement, starkly etched against the sky. Nearly every one is unique, with a character all their own.

Permanence is due to their longevity. Even though many lighthouses have been demolished, either by humans or nature, most have endured for scores, if not hundreds of years.

The main purpose of lighthouses is to keep mariners, and their ships, safe, and these soaring coastal sentinels have done that spectacularly well. Lighthouses have saved an untold number of lives over the centuries, and many ships have avoided disaster because of a friendly beam of light, or the warning of a sonorous foghorn.

Lighthouses, and their keepers are altruistic, as they perform a public service aimed at helping others, and they perform that service regardless of the nationality or the nature of the mariners trying to find their way into and out of port.

Rugged individualism comes into play in the way we view, and often romanticize, the lighthouse keeper’s job, seeing them as standing against the elements, often alone, or nearly so, with stoic determination in order to perform their duties.

Finally, with respect to economic security, lighthouses helped pave the way for the country’s economic vitality, by ensuring the safety of maritime commerce.

Q: In the book, you describe a variety of lighthouse keepers. Would you say there are some particular characteristics that lent themselves to this occupation, and who are some of the most interesting characters you discovered in your research?

A: Many keepers had formerly been mariners of one sort or another, and that gave them a very useful familiarity with the sea, its moods, and the behavior of ships in good weather and bad, which helped them both love and perform their job. 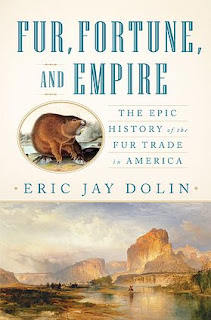 Since so many lighthouses, especially in the 1700s and 1800s, were far away from population centers, or miles offshore, keepers had to enjoy, or at least be able to handle being alone, or nearly alone, notwithstanding the presence of family members and fellow keepers. Thus, being a rugged individualist was a useful attribute to have.

And since the instruction manuals for keepers often ran to 100 pages or more, it also helped if the keeper had an eye for detail, as well as a sense of purpose and responsibility.

Finally, keepers had to be jacks-of-all trades, for there was always something to build or repair.

There are so many interesting keepers that it is hard to pick just a few. Nevertheless, among the people I would put on that list are Marcus Hanna, Katherine Walker, and Emily Fish.

Hanna is the only person to win both the Congressional Medal of Honor, for valor on the battlefield during the Civil War, and its civilian counterpart, for a particularly heroic pair of rescues he performed during a furious blizzard in January 1885, while he was head keeper at the Cape Elizabeth Lighthouse.

After the schooner Elizabeth plowed into the rocks near the lighthouse, Hanna, who was quite ill at the time, battled the freezing temperatures and the soaking surf to pull the only two survivors of the crash from their crippled ship to the shore.

Katherine Walker was diminutive woman—4 feet 10 and weighing barely 100 pounds—who became keeper at the Robbins Reef Lighthouse after her husband, who had been the keeper before her, died.

Robbins Reef was a 46-foot-tall iron caisson tower completely surrounded by water, located on the west side of New York Harbor about a mile north of Staten Island. Walker is unofficially credited with saving nearly 50 people.

Walker loved the lighthouse. “I am happy as any queen in her castle,” she said. “I am happy because I have no time to worry. For me, it is work, work, work. The lights must never fail, the glass never grow dim. Next to work, service to others is the secret of my happiness. My work helps speed safely on their voyage thousands of ships from all of the seven seas.”

When Walker died in 1931, at the age of 83, she had apparently become something of a New York City folk hero or legend in the great metropolis already suffering from the fallout of the Depression. 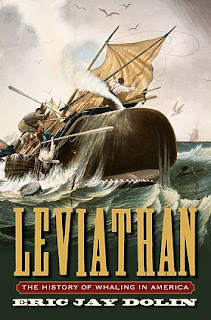 Her obituary in the New York Evening Post offered eloquent praise of a life well lived, while at the same time painting an uplifting portrait of the city’s own fortitude in adversity.

“A great city’s water front is rich in romance,” the paper said. “There are queenly liners, the grim battle craft, the countless carriers of commerce that pass in endless procession. And amid all this and in sight of the city of towers and torch of liberty lived this sturdy little woman, proud of her work and content in it, keeping her lamp alight and her windows clean, so that New York Harbor might be safe for ships that pass in the night. It was a brave job and bravely done. In doing it, Kate Walker became a little lighthouse herself, for there is inspiration and good guidance in her story.”

Emily Fish was the keeper of the Point Pinos Lighthouse, in Pacific Grove, California, for 21 years, from the late 1800s through the early 1900s. She became keeper at age 50, after her husband, a prominent medical doctor, died.

She has been referred to as the Socialite Keeper, because of her wealth and her position among the highest ranks of the area’s social strata. She often gave dinner parties at the keeper’s house, which were attended by authors, artists, and a variety of dignitaries.

Q: You also note the role lighthouses played in wartime, especially the Revolutionary and Civil Wars. What did you learn that surprised you most?

A: Whenever I write a book, I intentionally choose a topic about which I know very little, and that was certainly the case with Brilliant Beacons. As a result, I am constantly being surprised.

But one of the biggest surprises was the role of lighthouses during times of conflict, especially the Revolutionary and Civil Wars. There are entire chapters in Brilliant Beacons on these two wars, and the fascinating role lighthouses played on the battlefield, when they were assailed and defended by the various combatants.

During the Revolution, General George Washington personally ordered soldiers to attack both the Boston and the Sandy Hook Lighthouses.

And during the Civil War, more than 160 lighthouses were seriously damaged or destroyed. I was particularly intrigued by the story of Cape Hatteras Lighthouse, on the Outer Banks of North Carolina, and how Union and Confederate forces fought to control this strategically important beacon.

Q: How would you describe the efforts to preserve lighthouses today? 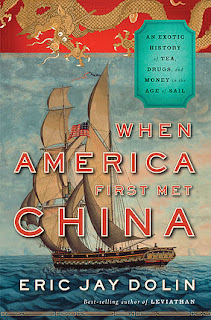 A: I am very impressed by the wide range of efforts to preserve lighthouses. Starting in the mid-1960s and continuing up to the present, a great array of organizations concerned about the fate of lighthouses have taken action to preserve them.

To formalize this process, in 2000, the federal government launched the National Historic Lighthouse Preservation Act. Under this act, lighthouse buildings and towers that the Coast Guard determines are no longer necessary to accomplish its mission are made available for transfer at no cost to federal agencies, state and local governments, and nonprofit organizations.

When there are no applicants, or none are suitable, the lighthouses are sold through an online public auction to the highest bidder. Many of the transferred or auctioned lighthouses remain active aids to navigation, with the light and fog signals being maintained by the Coast Guard.

This Act has resulted in 73 lighthouse transfers to government or nonprofit keepers. At the same time it has led to the sale of 41 lighthouses to the public via auctions, which have netted more than four million dollars.

The prices paid in these auctions vary widely. The least expensive sale thus far is the Cleveland Harbor East Breakwater Lighthouse, on Lake Erie, which was sold for $10,000. The Graves Lighthouse, at the mouth of Boston Harbor, is at the other extreme, garnering an impressive $934,000.
Around half of the existing lighthouses are owned and/or operated by nonprofit groups or government agencies, and are open to the public in one form or another.

Some of the private lighthouses are also open to visitors as well, with some of them serving as bed & breakfasts. And quite a few lighthouses have small exhibits or sizable museums that document the lighthouse’s unique history.

It is because of the extensive preservation work that so many of the nation’s lighthouses will be around for many years to come to benefit present and future generations.

A: A book on American Pirates, which means those pirates who operated during the Golden Age of Piracy (roughly 1670 through the mid-1720s), along the coast of what later became the United States.

A: After reading Brilliant Beacons, you will never look at lighthouses, or American history, in the same way. You will literally see both in a whole new light.

--Interview with Deborah Kalb. For a previous Q&A with Eric Jay Dolin, please click here.
Posted by Deborah Kalb at 5:46 AM