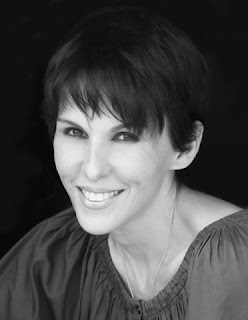 Marjorie Salvaterra is the author of Her: Meditations on Being Female, a new book of photography. Her work has been shown at a variety of locations, including The Griffin Museum of Photography in Massachusetts and the Musée de L'Elysée in Lausanne, Switzerland. She lives in Los Angeles.

Q: How did you come up with the idea for the book, and how did you find the women who appear in the photographs?

A: I actually only came up with the idea for the photographs and then met Marta Hallett of Glitterati, who after seeing my photographs told me she wanted to make the book.

At first we were just going to make my HER series but after seeing my other female-based work, she had the amazing idea to make a book with all my women.

The women I use in my photographs are always friends or friends of friends. There has been one waitress, who I thought would be perfect, who I gave my information to and hoped she’d call. My husband told me she thought I was crazy but she did call and ended up shooting for me twice!

But mostly they are my good friends, some who really don’t even
want to pose but take pity on me and some who call me and ask the next time we are shooting. 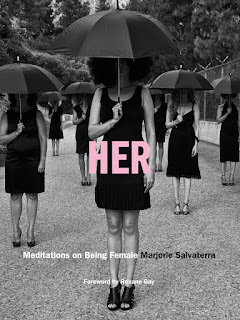 Q: Many of the photos are set near the water, and in an interview in LensCulture, you said, "Water can carry you or weigh you down. It’s a choice. From there, the ideas kept coming." How do you see the role of water in these photographs?

A: I love the idea that one drop of water can throw off your whole day. It’s weighted. It’s powerful. It’s a metaphor for all the outside forces in our lives.

Q: What has been the reaction to these images?

A: The greatest reaction was a post I saw on Facebook where a woman, whom I don’t know, wrote, “I feel like she’s in my head.” I thought people would think I was insane when I made many of these images and I’m shocked to find how many people relate.

Q: How did you decide on the book's title, and do you see these women as representative of their gender, or not necessarily?

A: My 12-year-old son just asked at a recent presentation of my work if I plan to make a “Him” series. He got a huge round of applause.

The answer, though, is I don’t know what it’s like to be a man. I think there are many crossovers of the pressures we feel but I think there are a lot of differences too that I’m not sure I could honestly represent.

So yes. The women are definitely representative of being female but I hope men can appreciate them too. We love men!

A: I’m still working on my ICE series. It’s based on the idea that it’s not who we attract in our lives, it’s who we keep that defines our pathology.

And while I have a handful of the photos in the book, I still have a bunch in my head that I need to get into the camera! I also have two more ideas for series. Now I just have to get my sh*t together and get to work, which for me is the hardest part.

A: Hmmm. Well, first of all, I think the book makes a great Mother’s Day gift!!!

Also my gallery, Duncan Miller Gallery in Los Angeles, would like you to know that all the photos in the book are for sale. Said gallerist is a little angry with me right now so I thought I’d give it a plug. Haha.

And now I better get out of bed and put some clothes or I’ll be late (and naked) to pick up my kids from school.

Oh… and if you’re in Los Angeles, I’ll be signing books at Hennessy and Ingalls in Santa Monica on May 24th! Please come.