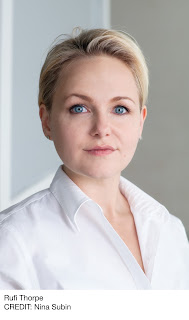 Rufi Thorpe is the author of the new novel Dear Fang, With Love. She also has written the novel The Girls from Corona del Mar. She lives in California.

Q: How did you come up with the idea for Dear Fang, With Love, and for your characters Vera, Lucas, and Katya?

A: I knew I wanted to write something about bipolar disorder. I’ve known two people very close to me who were diagnosed with bipolar 1 and struggled with psychosis, and knowing and loving them was like engaging with an optical illusion wherein my perception of them kept flipping back and forth, sane, insane, sane, insane, as did their perceptions of themselves.

It’s just a truly awful situation to be in— being diagnosed with a serious mental illness. The treatment protocols are not exactly cutting edge, and yet there is already this kind of boredom, as though it isn’t a problem worth solving.

I was interested in the kind of self-doubt and constant self-scrutiny that comes from being diagnosed with a mood disorder, i.e. is what I’m feeling real/valid/sane? Am I being psychotic for thinking something weird? Is this the prelude to an episode? That kind of self-doubt can become so consuming it is a malady unto itself.

But I was also interested in what it is like to try to love someone who is struggling with that, so I started thinking about this girl and her father. 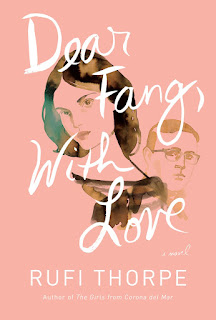 Q: Why did you decide to set much of the book in Vilnius, and include World War II and its legacy as a major theme?

A: Well, I traveled to Vilnius while I was writing my first book The Girls from Corona del Mar, and I really fell in love with it. It’s a bewitching place, and there really isn’t any way of talking about Vilnius without talking about World War II.

At the same time, I’m not sure there is a way of talking about America in the 2000s without talking about Europe in World War II. It seems to me that that cluster of ideas and crimes and blindnesses is unavoidably central.

Q: Can you say more about the role of mental illness in the book?

A: As I mentioned, I have had a long term interest in mental illness. I was actually very conflicted. I originally wanted to write a version of this book that took place when Vera was in her 30s— it would have been a very different book and would have given me a lot more room to explore exactly what a life with a mood disorder is and isn’t.

In a way, by keeping Vera so young and her diagnosis so fresh, I kept the book from really exploring mental illness in its full complexity because the characters themselves are only just beginning to understand what they are up against. It was a compromise I felt I had to make. 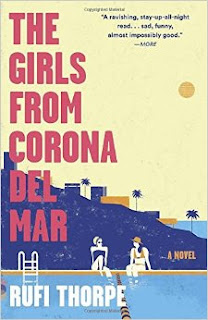 Q: The book includes sections that are in the form of letters and e-mails. Why did you opt to tell the story in a variety of different ways?

A: Originally the book was solely in Lucas’s point of view, but once I started writing Vera’s voice, she really wrote herself, she just exploded.

It was actually difficult finding a balance between the two sections because different readers either wanted more Vera and loved her, or else found her grating and tiresome and wished she would just shut up!

A: I have a 12-year-old turtle named Fred who lives in our kitchen. My husband brought him into the marriage. Well, we always assumed it was a “he” but then it laid an egg a few years ago. So now it is a girl named Fred.

Thank you so much for reading and for hosting me on your blog! It’s been such a pleasure!