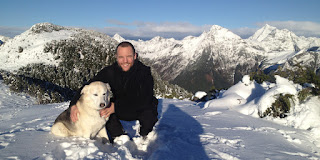 Brendan Jones is the author of the new novel The Alaskan Laundry. His work has appeared in a variety of publications, including The New York Times and Ploughshares. He was raised in Philadelphia and lives in Sitka, Alaska.

Q: You’ve noted that you didn’t originally choose to write from a female point of view. How did you end up creating the character of Tara?

A: Tara was initially a character named June who housesat for an anthropology professor at University of Michigan, watching over his pet rabbits. Very minor in the pantheon of the 10 original folks I incorporated into my multiple POV mess of a manuscript. It was only through many revisions that she became Tara.

I dated a Melissa Marconi in Alaska, and loved the last name. It also fit with my Italian-Catholic South Philly protagonist – who only became such after many revisions.

Q: Do you think this novel could have been set somewhere other than Alaska, and how important is setting to you in your writing?

A: Alaska represents both end of the line, and land of new beginnings. It is a gateway that some don’t quite step through. Each country (even state) has similar lands where the imagination plays strongest. Bretagne in France, Galicia in Spain, Scotland in Great Britain, Siberia in Russia, Inner Mongolia, and so forth.

So this novel could have been set elsewhere, but not in the United States. If the novel played out in Montana, I couldn’t have taken advantage of that same end-of-the-lineness, if that makes any sense. 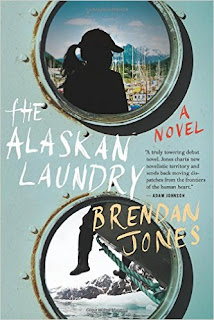 A: No, I didn’t. Many changes, many revisions – and my editor Jenna Johnson and fellow Stegners were hugely helpful in this process.

The ending, however, came very late to me. And I realized – spoiler alert! – that this was my worst fear (as my family lived on the tugboat) and so it had to be written out and through.

Q: What other novels set in Alaska would you recommend?

A: Strangely enough, there aren’t too many novels set in Alaska. It has “yet to be imagined” according to Robert Hass – although of course this is incorrect, as indigenous people have been imagining the land for thousands of years. But the form of the novel has yet to take hold.

Maybe this will change. Reality shows have already caught on to the fact that 1. People with fraught pasts + 2. Challenging physical situations – 3. The better manners of the Lower 48 = very good drama.

John Straley writes beautifully, and hilariously, of Southeast Alaska – I’d recommend in particular The Music of What Happens, especially if you’re into fast-paced detective novels.

Literature in Alaska, as others have said before me, is certainly going through its own renaissance.

A: I’ve been working on a number articles, and recently published an op-ed in The New York Times on the dangers transboundary mining presents to Alaska salmon rivers. Just finished a piece for the Smithsonian on sailing our tugboat 200 miles south to haul her out to do plank work. And working on a second novel, in the throes of it, although taking a break now to let the pressure build.

A: I believe with all my heart that there are stakes in the work we’re doing as fiction writers, and I worry that literary fiction is devolving into a decorative art, accessible to only a few versed in subtle narrative cues. I cried when Jim Harrison died, he’s one of the last voices in writing. Richard Ford has it, Annie Proulx.

I think there is a responsibility the writer has to get dirty, to engage, to bear witness, then report back from the wild edges. To turn away from difficulty suggests a faintness of heart not conducive to the wider project.