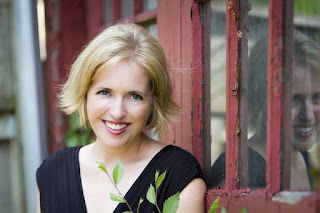 Kate Hilton is the author of the novel The Hole in the Middle. She has worked in various fields, including law, higher education, public relations, and fundraising. She lives in Toronto.

Q: You've said your character Lil emerged first as you started working on the book. How would you say she and your main character, Sophie, represent their respective generations of women?

A: I think that Sophie is quite typical of her generation of working women.  In writing about her, and the stress that she experiences in her multiple roles as mother, wife, daughter, friend, boss, and employee, I wanted to capture something universal about Generation X.

In particular, I was interested in how the promise of feminism had been realized, or not, for women in my age group. Many women my age report incredible pressure to excel on all fronts, and there are a number of excellent non-fiction books that discuss this phenomenon, such as Overwhelmed by Brigid Schulte. I wanted to explore these conflicts in fiction, through one representative woman (Sophie).

Lil Parker, on the other hand, doesn’t feel the same pressure to conform to the social norms of her generation. The death of her first husband, and her inheritance, has given her freedoms that few other women her age have had. This freedom, in turn, has given her an outsider’s perspective that allows her to comment on Sophie’s efforts to conform to a modern definition of perfect womanhood. 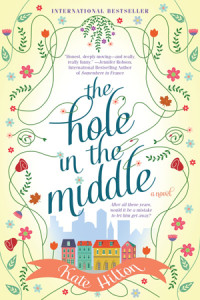 Q: Were you surprised after initially self-publishing your book that it was then acquired by a major publisher and became a best-seller in Canada, and would you advise other writers to self-publish?

A: I was astonished, frankly. When I made the decision to self-publish, I had really let go of the idea that The Hole in the Middle would appear in print. I thought it was good enough to be published by traditional means, but I had accepted that it wouldn’t be.

And my strategy was to create some sort of audience for my work through self-publishing, so that I could demonstrate a track record if I ever tried to have another novel published.

Would I advise other writers to self-publish? It’s tough to generalize here. I think self-publishing is a wonderful, democratic tool that gives writers a way to get their work out into the world when they have exhausted all other options.

I’m glad I self-published, and I learned a huge amount by doing it, especially about marketing and promotion and branding and so on. And all of these are incredibly useful skills for all writers, regardless of how or where they are published.

But traditional publishing has a lot of advantages, and I think that many writers (myself included) get frustrated with the submission process and turn to self-publishing too early.

Q: What do you see looking ahead for many women when it comes to balancing work and family? Do you think the current situation will change?

A: I don’t know. I’ve spent so much time thinking about these issues, and I still don’t know. I do believe that it is absolutely possible to have a rewarding career and a meaningful family life.

But a woman’s choice of partner has almost everything to do with whether or not she will feel “balanced” in her life. I know many men who are taking a greater share of the load at home, and I think both partners (and the children) benefit hugely when this occurs.

I don’t think my generation has figured it out, but I have high hopes for the next one.

Q: Was your writing process similar with your second novel, which is expected to come out next year?

A: It was. I wasn’t sure if it would be. Second novels are notoriously difficult, and I think that is partly because you don’t trust your process yet as a writer. You aren’t sure you even have something that could be called “a process.”

But the second novel started to come together when I went back to basics and wrote a full outline as I had done with my first novel.  I learned the hard way not to fix something that isn’t broken.

A: I write a non-fiction blog with my pal Reva Seth. You can follow our adventures on The Pen Pal Project.