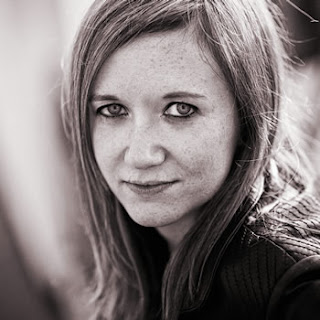 Laura Barnett is the author of the new novel The Versions of Us, which follows a couple through three different versions of their lives. A journalist and theater critic, she also has written the nonfiction book Advice from the Players, and her work has appeared in various publications, including The Guardian, The Observer, and Time Out London. She lives in London.

Q: Why did you decide on three versions of Eva and Jim's life rather than, say, two or four?

A: By both instinct and design. I woke up one morning about three years ago with the idea for The Versions of Us suddenly clear in my mind. I didn’t yet know who the two protagonists would be, but I knew that I wanted to tell the story of one couple’s relationship, from beginning to end, in three different versions. It was always three, from that moment on.

When I sat down to think more deeply about the novel and its characters, I did consider the possibility of writing two or four, but neither felt right to me - two versions didn’t seem challenging enough, and four might run the risk of becoming confusing.

There’s something quite elemental and satisfying, in narrative terms, about the number three - it crops up in all sorts of ancient folk tales, and, of course, in the holy books of many religions.

Q: You write that you opted to "weave the three versions together throughout." Did you write the chapters in the order in which they appear, and did your characters ever surprise you along the way?

A: Yes, and yes! The book’s structure has remained unchanged from the very first draft. A lot of readers have asked whether I wrote the whole of each version and then fused them together, and I have to admit that this option never even occurred to me. 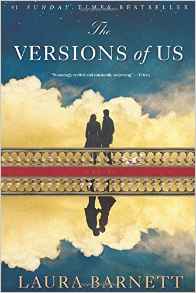 I was preoccupied, from the first, with conceiving of the novel as a cohesive whole - and I knew I didn’t want one version to come out on top, as the most “perfect” story, while the other two felt like pale facsimiles.

Moving all three stories forward simultaneously seemed like the best antidote to this. And it was important, too, in terms of pacing, and ensuring that the reading experience carried a variety of emotional tones.

As for my characters surprising me - they did so frequently! In life, I love planning (I’m never happier than when I have a to-do list in front of me), but with writing, I like to preserve an element of chance.

So before starting this novel, I wrote a paragraph guessing what might happen in each version, and a character description for Eva and Jim, but otherwise I let the stories elapse to their own time and rhythm.

I like to take characters, place them in situations, and observe what happens. In a real-life conversation, we never know what the other person is going to say next. For me, the best fiction feels that fresh and unexpected.

Q: Did writing the novel make you think more about turning points in your own life, and what have you heard from readers about their experiences?

A: Yes, absolutely. The idea for the novel emerged from asking myself some tough questions. Why had I wanted to write fiction for as long as I could remember? What did I really want to say?

I’d already written two novels during my 20s, and had slowly acknowledged that neither of them was working: it felt as if I’d written what I thought a reader might want to read, rather than what I really wanted to write. 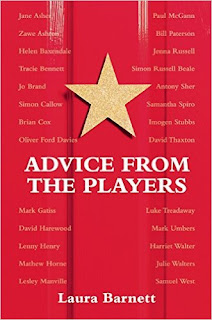 Understanding the importance of this distinction was, for me, a key turning-point - and one that was thrown into sharp relief as I began writing the novel, and felt that finally I’d found an idea, and a theme, that really meant something very profound to me.

I’d got married six months before, and I began to reflect on how amazing it was that I’d actually met my husband - we’d met at a party that both of us only decided to attend at the last minute. It’s strange to think how utterly different our lives would have been in that case.

It was only when I finished the novel, and began sharing it with agents and publishers, that I realised there was something really universal about the idea of “what if.”

So many readers have got in touch to tell me about turning points in their own lives - from the woman who once took a later train home than usual, and met the man she would marry; to the Canadian man who booked a holiday to the U.K. on a whim one year, and never moved back.

Hearing these stories, and reflecting on my own “what if” moments, has been one of the most wonderful aspects of seeing the novel come to publication.

Q: Did you have a preferred version of Eva and Jim's life as you were writing the book, or did you prefer the one on which you were working at the time?

A: Exactly the latter! When I started, I could feel a particular pull towards version one - the storyline that, initially at least, seems most classically romantic; that’s not surprising, perhaps, given the fact that I was myself a newlywed!

And I definitely found version two, in which Eva and Jim don’t meet until later in life, the most difficult - the two characters felt like magnets, and it was a struggle to keep them apart.

But as I wrote, I had no choice but to invest in all three - and now, I definitely couldn’t choose between them. Each version has its successes and failures, its triumphs and disappointments - like life, I suppose.

Q: You've noted that you're working on your second novel, about a female singer-songwriter. How does your writing process on this book compare with that of The Versions of Us?

A: Well, there’s only one protagonist, rather than two; and I’m telling only one version of her story. But the new novel - its title is Greatest Hits - is founded on another structural conceit.

It is, as you say, about a female singer-songwriter, now in her 60s, listening to her back catalogue for the first time in a decade. Each song that she plays, over the course of one day, becomes a chapter about how and where it was written: so we learn the story of her life through her music.

I’m interested in the sacrifices art requires, and the relationship between art and life, and how difficult it has been - and still is - for a woman (and a man, too, but it’s definitely more difficult for women) to be absolutely true to both her professional ambitions and her personal relationships.

Someone recently described the novel as “Kate Bush meets Mrs Dalloway,” which I think just about hits the nail on the head.

A: Well, just how incredibly excited I am to see the novel coming out in the U.S., really! My husband Andy and I are huge Americanophiles - he has family in Maryland, so we visit them as often as we can, and our ambition is to eventually tour the whole country by car.

It’s going to take us a while - so far, we’ve only managed New England and Washington to New Orleans; but we’re planning San Francisco to Portland for the autumn.

I am just so fascinated by the country and its culture (most of my favourite authors are American, including Elizabeth Strout, Richard Yates, Joyce Carol Oates and Anne Tyler), so it will just thrilling to see my novel in U.S. bookstores.

Oh, and The Versions of Us has been optioned for television by Trademark Films - the London-based company behind films like Shakespeare in Love and My Week with Marilyn - so hopefully it should be coming to the small screen fairly soon…

And finally, thank you very much indeed for having me, and for asking such interesting and insightful questions. I really appreciate it.