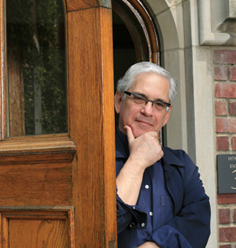 Alexander Nehamas is the author of the new book On Friendship. His other books include Only a Promise of Happiness and The Art of Living. He is the Carpenter Professor in the Humanities at Princeton University, and is a fellow of the American Academy of Arts & Sciences. He lives in Princeton, New Jersey.

Q: Why did you decide to write about friendship?

A: Several years ago, I was working on a book on love and beauty and noticed something I had never noticed before. That was that as long as one loves someone (or something: a work of art, for example), it is impossible to find them ugly: we can’t love what we don’t actually find beautiful, whose beauty doesn’t strike us.

And it occurred to me that something like it is true of friendship as well: not that we often choose our friends on the basis of their looks but that, once we have become friends with someone, what earlier might have seemed like ugliness in them disappears—it stops mattering—and their looks become more or less irrelevant or even, in some cases, attractive.

Another reason is that I became suspicious of the exclusive attention given both by philosophy and by our culture in general to moral and political values.

These values—especially justice—are supposed to be impartial and universal. They dictate that we treat other people as we would treat ourselves and that we give no special consideration to some individuals over others: on some basic level, human beings are all alike and must be treated as such. 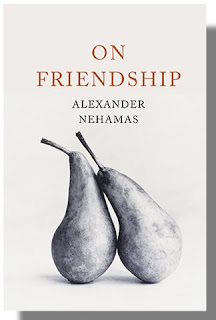 But it has always seemed to me that these are not the only values there are. Some values depend not on our similarities to, but on our differences from, each other.

These values promote individuality and distinction, the importance of making one’s own particular mark in life instead of following unquestioningly the way others have lived their lives.

And these values apply only to some people and not to others. To find something beautiful doesn’t require that everyone else find it beautiful too.

But it isn’t a purely subjective affair either: I do want others to share my attitude—but not all others: only my friends and some other people, people I don’t yet know, but with whom I want to become friends on the basis of our common taste.

Friendship itself is another such value and it is also preferential rather than impartial: it explicitly requires that I treat my friends differently from the way I treat other people.

They are values—originality, character, and style are also among them—that depend on and accentuate our differences from one another, and I believe they deserve much more attention that they have been given so far.

Finally, several years ago my friend Tom, who is in a way the hero of my book, and I gave a graduate seminar on friendship together and the idea of writing about friendship became lodged in my mind. The book came about for all these reasons.

Q: You write, "Some ancients thought that friendship binds the whole universe together. We are more modest." How have ideas about friendship changed over the centuries?

A: We tend to think that relationships like friendship remain unchanged through history—that what the ancient Greeks, the Renaissance British, and the Facebook-users of today take friendship to be has stayed the same.

But, in fact, what counts as friendship and what friends are expected to do for one another has changed drastically over time—or at least, the behavior associated with it has done so.

For example, in ancient Rome and Renaissance Britain, friends were fundamentally political allies whose plans you were expected to support and from whom you expected the same: a friend was either a patron or a protégé.

Today, by contrast, the idea that one should advance not because of any inherent talent or ability but because of having the right friends is, at least officially, anathema and we think of friendship as a relationship between equals, not between a superior and an inferior. 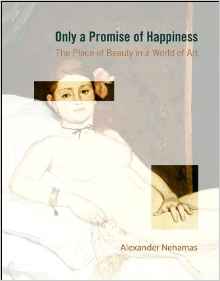 The relationship between friendship and sexuality also changes as we go from one age to another. At various times—in the Middle Ages and as late as early modern Britain among men or during the Victorian era among women—they were not considered incompatible. Today, it is a cliché that “sex and friendship don’t go together.”

Like all social relationships, friendship too depends on the needs and values of the society within which it appears. But it would take a historian, not a philosopher like me, to look at its evolution in the detail it deserves.

Q: In the book, you write, "Friendship...has a double face." What are its two faces?

A: This is a characteristic not only of friendship but of…every non-moral value. At least in theory, it is not possible to misuse a moral value: if I behave justly, I am, at least to that extent, doing the right thing; I can’t act both justly and wrongly.

By contrast, friendship and beauty don’t give us such an assurance. A very beautiful person or object can cause immense harm over time and a good friend, as I argue in the book, can make us behave in objectionable ways.

It is therefore important to engage with these values carefully in order to avoid such dangers. And it is particularly important when two values—a moral and a non-moral one—conflict. 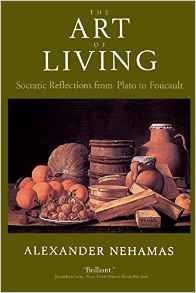 Moral theory generally holds that its values are overriding and that in such a conflict the moral value necessarily takes precedence: someone who is beautiful and dangerous is, overall, a bad person.

I think this is much too quick. We can’t just assume that this hierarchy is always right. Sometimes, depending on the particular context, it is the non-moral value that justifies a person and their life, despite their immoral aspects.

A common example is the case of a painter who, like Paul Gauguin, abandons his family and goes off to Tahiti in order to paint as he wants.

Had Gauguin not proved to be a great painter, the immorality of his departure would have marred his whole life. But since he succeeded in his work, it is not at all clear to me that his was not a good, perhaps even a great, life.

Think, too, of what E.M. Forster says: What would be the right thing to do if we ever find ourselves confronting that choice?

Q: What do you see looking ahead for the concept of friendship in an increasingly technological world?

A: If we think of friendship as a positive relationship that involves treating some people (or objects) preferentially, that is, differently from the way we treat everyone else, I can’t at this point imagine a world without it. How that preferential treatment expresses itself, however, will differ from one period to another.

I do think, however, that we need to put quotation marks around Facebook “friends.”  I am not saying that it is a bad thing to have relationships—only that they are very loosely connected to how we understand friendship today. They provide the same information, the same “facts,” to everyone whom someone has “friended.”

That is very different from friendship, which allows us to show each one of our friends different aspects of ourselves. Every friendship is, strictly speaking, a relationship between two individuals: no one else but us can have our relationship.

That is something Facebook can’t accomplish: the relationships it fosters, which provide the same information to every “friend,” are not individual but generic.

But friendship is a relationship between individuals: it both depends on and fosters individuality, who our friends are helps differentiate us, ideally in admirable ways, from everyone else (which is why, despite its dangers, it remains a great good).

I don’t see how the social media in general, not just Facebook, can capture that aspect of friendship’s nature.

A: I am thinking about the non-moral values I mentioned above, considering writing something about them more generally (and perhaps, I am afraid, more abstractly).

I am also thinking about Friedrich Nietzsche, on whom I have been writing for a long time, and beginning to think about Martin Heidegger, whose Being and Time, I taught for the first time this year.

But I am also trying to relax a little between completing this book and beginning another major project!