Ellen Prentiss Campbell is the author of the new novel The Bowl with Gold Seams. She also has written the new story collection Contents Under Pressure, and her work has appeared in a variety of publications, including The American Literary Review and Fiction Writers Review. In addition, she is a psychotherapist. She lives in Washington, D.C., and Manns Choice, Pennsylvania.

Q: Your new novel is based on historical events. How did you learn about this history?

A: It was a little bit of an accident. Our summerhouse [is] in Bedford County, Pennsylvania, and there was an old resort hotel nearby. The hotel was closed for over 25 years—it was falling apart.

I was fascinated by it. When I was up in the area, I would be noodling around in archives of the local historical society, and I came upon an odd little moment of it having been a detainment center for Japanese prisoners of war.

It was a combination of things—a beautiful old place near our home, and looking into old papers and learning about it. It took hold of my imagination—I began writing about it and doing research.

The research took me to the National Archives, which has a wonderful collection of papers. I enjoyed the research. When I’m writing historical fiction, the facts are a trigger for the project but [there’s] the fun of having the freedom of going back in time [with fictional characters] using real facts, real events, and a few real people.

But the story is told through the eyes of a fictional woman, who was a young woman in 1945. The Japanese family she became close to is a fictional family, based on nuggets…I found when doing my research. I would read old newspaper articles, and the articles described the detainees, and I read the passenger manifest in the Archives--some Japanese were married to persons of other nationalities. Some might have had children.

Taking off from actual facts and creating fictional people within the construct of the facts—as a novelist, that’s the creative juice of it, using [history] as the trigger and a cast that includes some real people and some fictional. 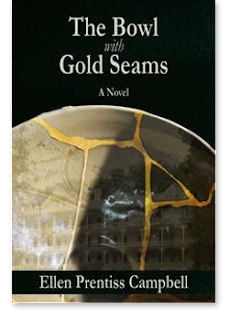 Q: You had written short stories before this—did you consider writing this as a short story?

A: I knew right from the beginning this had to be longer. There was no decision to be made about that. It’s not something I always know. This is my first novel, and I knew this had to be a novel. I have two other novels in progress, and both started as short stories but began to grow.

I wrote it from multiple points of view before settling on one point of view. I settled on a final point of view because it was clear it was Hazel’s story.

I was clear this was going to be a novel with an extended flashback, where the point of view character was looking back on a moment.

Q: I was going to ask you about that flashback, yes, the way much of the plot takes place during World War II but you frame that story with chapters that take place in the mid-1980s. Why did you choose to include those chapters?

As a writer and reader, the whole way memory works is deeply interesting to me. It may have informed my sense of certainty that this was a novel—part of what happened was about the impact of memory, and the lingering impacts of events that occurred long in the person’s past. The experience of revisiting those events [affects the] present.

Q: The book looks at cross-cultural dealings and misunderstandings. What interests you about this topic, and what do you hope readers take away from the story?

A: I think partly it interests me because I feel it’s so important for us now, perhaps now in particular, to be aware of the fact that not only does our personal point of view affect how we see events and people, but our cultural experience affects it.

It’s always been true, and is dangerously true at some times. The period during which the novel took place was a time here in the States when there was such intense hatred toward American citizens who were originally of Japanese descent.

Though that’s not the group that was detained at the hotel, it’s just the way in which our focus on an “alien” group can crystallize such violence and terrible action. 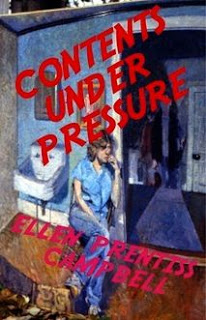 It’s something that’s always important, but it’s…important right now. It’s very connected to what’s happening domestically for our country—there so many domestic tragedies because of differences in race, religion, culture. People are vilified. It’s going on right now in the political campaign.

The issue of prejudice—we grow into our prejudices. It’s an important concern. The point of view character, Hazel, I feel is someone who’s grown up in a world with almost no contact with people from other cultures and races. Then to suddenly be exposed, it’s an experience that’s really transformative for her, and this plays out over the book…

Q: You said in our previous interview that you were working on two novels. Do you go back and forth between them?

A: Right now my writing process has been interrupted by the process of getting two books simultaneously launched!

I can’t simultaneously be working on two book projects at once. I’m focusing more on one project now than the other. I’m writing short [sections of] the novel that’s more actively in process. While doing that, I’m thinking about the other cast of characters and project.

My feeling is that I’m going to finish the one that’s more actively in process. It’s not historical; it’s very different. Then I’ll get back to the other novel, the one where it’s going to be more difficult to do in terms of the historical material incorporated into it.

Q: How did you pick the novel’s title, and what does it signify for you?

A: It wasn’t always called The Bowl with Gold Seams. It had a number of working titles, and the bowl wasn’t always in the novel!...

I was at a wonderful exhibit of Japanese pottery, and as I was walking through the exhibit, I had my little notebook out. These bowls! Broken and mended with gold glue! One of these has to be in the book! I was sure one of these came to the hotel with the prisoners.

From there, the motif of the bowl worked its way into the story. I began using the bowl as an element in the plot, something ultimately in Hazel’s possession, and she has questions about what she’s going to do with it.

Not only did the bowl work as an important element in the story, but the bowl and its breakage and mends being part of what makes it more beautiful and valuable meshed with the thematic thread—even that which is broken is beautiful.

That’s the theme that’s so resonant for me. I think I’m certainly interested in the response to the ways in which losses or changes or tragedies that befall the world still leave us in a world where what appears to be ruined can still be mended and still be beautiful…

In terms of who I am, I’ve always had a thing for Japan, and I love dishes! None of this was operating consciously in terms of my dish fetish, but we downsized recently and I had to downsize the pottery…it’s pretty funny! What can I say—a beautiful bowl is part of this story!

A: One of the things that’s interesting and fun about the book is that while I was writing the book, the hotel, which had been closed, was renovated and restored and reopened, and is a thriving resort destination again. It’s lovely that the two processes were occurring side by side.

It’s wonderful to see the resort in operation again. I stayed there one night—it was very magical for me to be staying in a place I had imagined, and I could almost see my characters coming around the corner!

--Interview with Deborah Kalb. For a previous Q&A with Ellen Prentiss Campbell, please click here.
Posted by Deborah Kalb at 5:30 AM