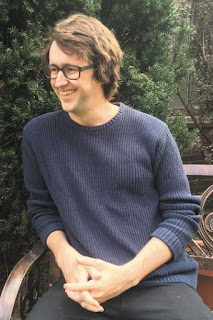 W.M. Akers is the author of the new novel Westside Lights. His other books include the novel Westside Saints. He also is the curator of the history newsletter Strange Times, and is a game designer whose games include Deadball: Baseball with Dice. He lives in Philadelphia.

Q: Westside Lights is your third novel featuring your character Gilda Carr. Did you know from the start that you'd be writing a series about her?

A: I did and I didn’t! Even before I figured out what the world of Westside was all about, I knew who Gilda was. I loved the idea of a detective who focused on tiny mysteries because she understood that investigating murder is a good way to get yourself killed.

I fell in love with the character and her insane, twisted version of 1920s New York, and while I was finishing the first book and going through the very lengthy process of submitting it, I often had ideas for possible sequels. I forced myself to stow those away, scribbling them down in a document that I didn’t let myself look at, because I didn’t want to get my hopes up.

When Harper Voyager let me know that they wanted not just one book but two, it was the most exquisite validation and it let me spin out what had originally been written as a standalone book into an entire universe. I count myself lucky to have gotten to spend so much time there and to do it with her.

Q: How do you think she's changed from the first book to this one?

A: Whatever I’m writing, it’s important that by the end of the story, the hero is permanently changed—otherwise, what was the point of the book? I think there’s something dishonest about returning to a series character time and again without letting them grow or respond to the pain they’ve undergone and the horrors they’ve witnessed.

At the start of Westside Lights, Gilda has spent a year and change trying to recover from the events of the first two books, but she’s still in pretty bad shape. She’s torn between a need for rest and an addiction to work. When her pet seagull disappears and she gets a hint that there might be a tiny mystery there, she dives in head first even though she knows it’s going to be dangerous.

Q: What inspired the plot of this third novel in the series?

A: The Westside books are set in a warped version of 1920s New York where Manhattan is divided by a miles-long fence. On the Eastside, the city is crowded and prosperous in the way we expect from Jazz Age fiction. On the Westside, however, the streets are overgrown and deserted and dark, peopled by villains and ruffians who would be more at home in the New York of the century prior.

A lot of the texture of that gangland is drawn from Herbert Asbury’s The Gangs of New York, a sensationalized history of 19th and early 20th century crime in the city. 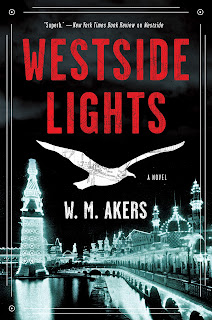 The original seed for Westside Lights was the story of Albert W. Hicks, who in Asbury’s telling was drugged at a bar and woke up on a sloop sailing out of the harbor—a sloop that was found days later floating adrift, all hands dead, every surface stained with blood.

Hicks was tried and executed for the murder on the island that is now home to the Statue of Liberty, and his story stayed with me for years after I first read it. When I decided to set the third Westside book on the Hudson River waterfront, I knew I’d have to find a way to weave it in.

Q: What do you see as the right balance between history and fantasy in your books?

A: I view the fantasy elements of the books as seasoning—something best used sparingly.

There’s something supernatural at the heart of every mystery Gilda investigates, but my favorite thing about writing a story set in a weird version of New York is the opportunity to twist the historical landscape—replacing Soho with an impenetrable forest, say, or running a creek along the streets of Greenwich Village.

I always start with real locations—you should see how many old maps I have of 1920s New York—so the history and the fantasy are always intertwined.

A: Too many different things! I’m finishing one book, researching another, and putting the final touches on the next installment of my long-running tabletop baseball game, Deadball: Baseball With Dice.

I’m also always busy with Strange Times, my newsletter, which is a day-by-day exploration of the weirdest stuff I find in the 1921 New York Times. This started as part of the research process for Westside but I’ve stuck with it because it’s so much fun.

Just last week I found stories about a minister fighting off an armed mob, a woman smuggling bootlegged liquor under her skirts, and a man who was sentenced to do housework by a city judge. All of that was from the same day!

A: In addition to writing fiction I also work as a coach for writers who are trying to turn an idea for a book into an outline and a finished draft. If you’ve got an idea you want to talk about, get in touch!