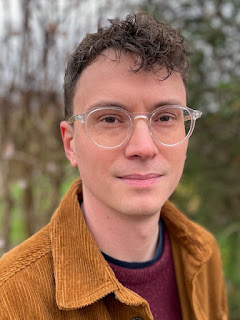 James Poskett is the author of the new book Horizons: The Global Origins of Modern Science. He also has written the book Materials of the Mind, and his work has appeared in a variety of publications, including The Guardian and Nature. He is associate professor in the history of science and technology at the Universitiy of Warwick, and he lives in Warwickshire, England.

Q: In the introduction to Horizons, you write that the Eurocentric view of modern science “is a myth.” How did that view come about, and why did it become so prevalent?

A: The idea that modern science was invented in Europe is a remarkably recent myth. In short, it is a product of the ideological conflicts of the 20th century, particularly the Cold War.

After 1945, the West was looking for ways to promote the values of liberalism and capitalism, to counter the threat of the Soviet Union. This was especially important in the 1950s, as in the early Cold War, the Soviet Union was ahead of the United States when it came to science and technology.

Decolonisation was also underway, so the West was concerned about new independent states like India and Ghana turning to communism.

The “scientific revolution” of the 1500s and 1600s was supposedly a period in which great European minds—Copernicus, Galileo, and Newton—challenged classical and religious orthodoxies.

As I show in my book, this is a really bad way to think about the history of science. European thinkers were not disconnected from the wider world, and scientific thinkers outside of Europe made major contributions to modern science.

Q: How did you decide on the book's organization, which includes four historical time periods?

A: The other big argument of Horizons is that modern science was shaped by world historical change. That events that were transformative on the world stage also transformed the sciences. The organisation of the book reflects that.

The first section deals with the expansion of trading and religious networks from around 1450 to 1700. This was a period in which the rise of major Eurasian empires—the Ottomans, the Mughals, the Ming—connected up the world in new ways. That changed how people across the globe thought about science. That’s also true of the rise of the Iberian empires, and the colonisation of the Americas.

The next section covers what I call “Empire and Enlightenment,” from around 1600 to 1800. This was the period in which both European colonialism and the transatlantic slave trade massively expanded. In the context of the violence of empire, European thinkers extracted, often by force, new knowledge from colonised and enslaved people, many of whom have since been forgotten.

I then move on to the19th century, an era of “Capitalism and Conflict” as I call it. The growth of heavy industry, coupled with the beginnings of large-scale mechanised warfare, fundamentally shaped modern science. From biology to physics, many of the most important breakthroughs of the 1800s came about through industrial competition and military conflict.

In the last section, I cover the period between 1900 and 2000. I call this “Ideology and Aftermath.” I highlight the global struggle between capitalism and communism, but also broader political movements related to anticolonialism and decolonisation. Once again, world historical change—the Cold War and the end of empire—transformed the world of science.

Q: The author Ian Stewart said of the book, “I particularly enjoyed the stories of individuals whose work tends to be omitted from standard histories of science.” Who are some of the figures you feel should be better known? 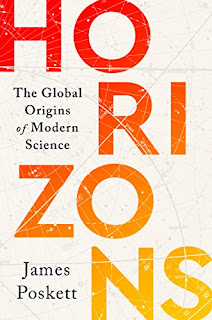 A: Yes, I didn’t want the book to be a dry list of facts. Or to simply describe the historical development of the sciences. I wanted to bring this world to life. Science might have been shaped by world events, but it was made by real people. Those human stories are a big part of the book.

One of my favourite examples is that of Graman Kwasi, a figure who has started to get a bit more recognition in recent years. Kwasi was born in West Africa around 1690, in what is today part of Ghana. He was captured and enslaved as a young boy, before being transported to the colony of Dutch Surinam, in South America.

Like many enslaved people, Kwasi developed a deep and sophisticated knowledge of the local plants. In the early 1700s, he identified a beautiful pink flowering plant, the bark of which could be used to cure malaria.

This was an incredibly important discovery. Carl Linnaeus, the leading European naturalist of the 18th century, learned about this, and was so impressed that he named the plant after Kwasi.

Kwasi’s life story is one that captures a lot of what my book is about. It is about celebrating the achievements of those who have been written out of the history of modern science.

But it is also about recognising the ways in which those people have been marginalised, through exploitation, enslavement, and colonisation. Kwasi stands in for countless brilliant African botanical pioneers, the names of whom have mostly been lost. Their scientific achievements, and their lives, were swept aside by slavery.

Q: What do you see looking ahead in global science efforts?

A: I end the book with a chapter on “The Future of Science.” I’m a firm believer that history isn’t just about the past. It’s a way of thinking through, and shaping, the future.

The global history of science is not a straightforwardly progressive story. Yes, there has been incredible progress in the world of science and knowledge over the past 500 years. But that has come at great cost.

The histories of slavery, empire, capitalism, and ideological conflict are at the heart of modern science. That shapes how I think about science today.

First off, I think the world has failed to properly address the legacies of these histories. We tend to think of science as rational, objective, and free from bias. But modern science today is a product of its history.

If we care, which we should, about the underrepresentation of minority ethnic groups in the sciences, or the scientific divide between the Global North and the Global South, then we need to start by looking to history.

As well as this, I think there is a need to recognise that we are living through a moment of world historical change ourselves.

The future of global science is going to be shaped by the world in which we live. States are investing in areas they think will give them the edge in this “New Cold War.” That’s why there’s so much interest in artificial intelligence and space exploration.

States are also starting to confront the climate emergency, which as well as being a disaster for humanity, is a potential disaster for the legitimacy of the nation state.

A: I’m having a rest! Seriously. I put a lot into the book. I hope it tells.

Once I’m done resting (I have two young children, so maybe wishful thinking), I plan to write something about the world of contemporary science, and more about the future of science.

There’s lots of discussion about new scientific fields and new technologies—artificial intelligence and alike. But not a lot of that discussion is informed by a strong sense of history or politics.

A: I’m a professional historian. I work in a university history department and teach history. But I came to history late. In fact, I started a computer science degree at Cambridge, then switched to studying physics and neuroscience, then managed to move into the history and philosophy of science.

I think that dual training has helped me a lot. Horizons is very accessible, but I do make sure to treat the science seriously. I enjoyed dipping back into that world of science, reading old scientific articles and reminding myself exactly what Einstein’s theories of special and general relativity meant, for example.