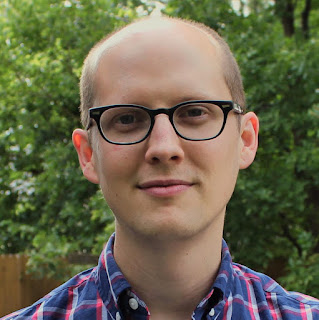 Andrew DeYoung is the author of the new novel The Temps. He also has written the young adult novel The Exo Project. He lives in St. Paul, Minnesota.

Q: What inspired you to write The Temps, and how did you create your cast of characters?

A: For a long time, I wanted to write something about the time of life right after college, when you've got a lot of education, a lot of debt—but maybe not a ton of job prospects right away. But for a long time I didn't have a story idea.

What I did have was an image, or maybe a situation, of a low-level office worker sort of wandering around in an abandoned office building. It seemed to have something that connected to what I wanted to do, since I spent a lot of time in my 20s working terrible low-paying office jobs and feeling really confused and disoriented with how the corporate world worked.

So I thought I should try to spin out a story from that image. I asked myself, Okay, who is this guy, and why is he in a huge office building all alone?

From there, I came up with the idea that he was a temp worker, and that he was all alone because all the regular employees were at a special meeting—and that there was an apocalypse event that killed them all and left him, and all the other temps, stuck in the office building. Immediately, I loved it.

As for the cast of characters, I knew I wanted an ensemble cast. In part, that was because I wanted to represent different sorts of experiences of struggling in your 20s and trying to make your way in the professional world.

But also, from a plot standpoint, I really like a multi-character story, because you can have a lot of plots and subplots and have them all come together at the end. It's just the way my plotting brain works!

Q: The Publishers Weekly review of the book says, "DeYoung cleverly deconstructs academia, video game culture, and capitalism from the perspectives of the temps. The author has a lot to say, and has crafted a fine vehicle for doing so." What do you think of that description?

A: I like it! I think it speaks to something that's real about my book, which is that it has a lot on its mind. There are a lot of ideas floating around in it—ideas about corporate culture, about the future, and about the challenges facing us as a society.

What that quote misses is that, amidst all the ideas, there's a pretty fun plot here, with a mix of humor and horror sprinkled throughout. A couple other reviewers have referred to it as a "locked-room mystery," which I think is really cool.

And Booklist, in a starred review, said that The Temps is "bizarre—and surprisingly fun." The word "fun" makes me particularly happy. I do think it's a fun book, amidst all the social commentary and stuff I have to say.

Q: Your previous book, The Exo Project, was a YA novel, and this one is for adults. Was your writing experience different this time around?

A: I'm going to give you a really superficial difference, and say that I didn't have to worry about my characters using bad language! Or sex.

I realize that YA has a lot of that stuff too, but the editor for my first book didn't love it, and I suppose I did sometimes think about what parents or teachers might say about things I put in the YA book. With this book, I didn't worry about that.

The other difference between this book and that one is that in this one I allowed myself to have a lot more humor throughout the book. I don't think that necessarily has to do with YA vs. adult, so much as it does with the premise. This premise just felt like it was ripe for a bit of a satirical tone.

A: On some level, I just hope that readers who feel confused and afraid about living in these strange times where it seems like the world is ending every other day feel a little bit less alone with that feeling.

At a basic level, the book is an acknowledgment and affirmation of those feelings—the modern world is disorienting, it's strange to live in these times, and if you don't feel okay, that's okay and normal.

Readers may also come away thinking about the systems their lives are entangled in, and ways to make change. Political systems, economic systems. Sometimes it might seem like we can't change things to address the problems we face, and we're just doomed. But we all make the future together, and we can change things.

A: I've got a couple projects in the works right now.

I've got a con artist story that I'm revising right now—and I've also just started on a sort of weird spy novel about a guy who's sent to gather intelligence in an enemy territory that turns out to be a sort of surreal place. I'm not talking much about it yet because the idea's so new that I'm afraid of spooking it!

A: The thing I've heard most consistently from early readers is "Wow, this would make a great streaming TV show!" And I agree—there's a lot about this book that screams TV.

And in fact, the book has been optioned, so theoretically it could become a series someday. I'm really hoping it does well enough that some Hollywood executive out there decides to make it!