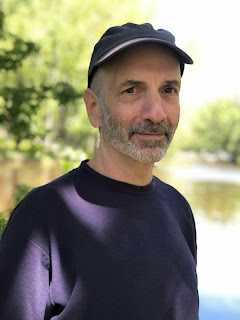 Joe Stillman is the author of the new novel The Man Who Came and Went. A screenwriter and television writer and producer, his work includes co-writing the movie Shrek and co-producing and writing the show King of the Hill.

Q: What inspired you to write The Man Who Came and Went, and how did you create your characters Belutha and Bill?

A: The initial impulse for this story came from something said in Emmanuel’s Book by Pat Rodegast. It was the term home in reference to where it is we came from before being here on earth. I came across a similar sentiment in a Wordsworth poem, the one with the line, “Our birth is but a sleep and a forgetting…” In truth, I read that on a box of Celestial Seasons Tea. I can’t remember the flavor.

A: Because the novel started first as a screenplay, I knew a great deal about the story line and the voices of the characters. That enabled me to have enough confidence in the overall story to be able to proceed without knowing the ending. I took it on faith that I would find it when I got there.

The ending came as a total surprise to me and I was glad to discover it in real time as I was writing it.

Q: As a screenwriter and television producer and writer, how does writing a novel compare with those other experiences? 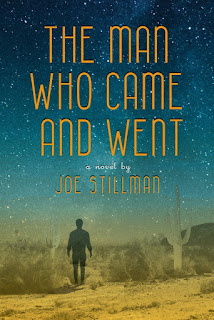 A: I started out writing trailers and after that, TV promos. In promos you’re particularly constrained by time: TV spots are 30 seconds, sometimes 10 seconds, occasionally 60 seconds if you’re lucky.

In half hour TV and in features, there are the normal constraints of the form. A lot of that is to do with time or page count. But there’s also structure, style, tone, rhythm, content and much more.

This story started out a screenplay that I would write and then rewrite in between jobs for hire. Over 25 years I had written more than 40 drafts. After each was done I convinced myself that it was finally there, and that all the time I had put in was justified. Then I would go back, reread it, and realize I was wrong.

Most of the story and characters were already in place during all that time. I was trying to figure out Bill. The minute I started the novel, I was free from all the constraints of a movie and I was able to find him and a lot more besides. I couldn’t believe it took me 25 years to take that step.

A: I hope first of all that readers will be entertained and moved. At its core, this story is meant to offer a way of looking at the fluid nature of life and death. I know that’s a mighty big chunk to bite off, but then I’m been nibbling at it for 30 years.

A: I’m working on a few ideas of my own; two novels and a screenplay. And a Curious George streaming movie.

A: I’ve been a writer for hire all my career, and grateful to get the work. But this is the first story I’m putting out into the world that’s truly my own. I hope the result will mean as much for the reader as it has come to mean for me.