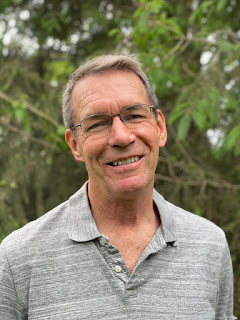 Len Joy is the author of the new novel Dry Heat. His other books include the novel Everyone Dies Famous. He lives in Evanston, Illinois.

Q: What inspired you to write Dry Heat, and how did you create your character Joey Blade?

A: Dry Heat is set in Phoenix during the period from 1999 to 2014. The main character in the novel, Joey Blade, is a high school senior and an All-American high school football star who is planning to attend the University of Arizona on a football scholarship in the fall. His family owns and operates the largest engine rebuilder in the southwest.

In 1988 I bought a large engine rebuilder in Phoenix and for the next 15 years I operated that business with my brother-in-law. My family stayed in Evanston, Illinois, and I commuted. Ten days in Phoenix, ten days in Evanston.

On a summer evening in 1996, the son of one of my employees was riding in a car with two other boys and they were involved in a road rage incident with another vehicle. One of the boys fired a gun at the other car. It turned out that the driver of the other vehicle, who had precipitated the incident, was an off-duty cop. They were all arrested, but the other two disappeared before their trial and my friend’s son was the only one prosecuted.

I remember vividly the day of their pre-trial conference. They were presented with a choice: spend thousands of dollars on a legal defense for a trial that if they lose could result in a 20-year prison sentence because the “victim” was a police officer, or accept a plea deal of three years in prison. They took the deal.

The agony for the boy and his parents of having to make that decision, with no time to even think about it, was something that stuck with me. A foolish mistake and bad luck and his life was changed forever.

While this may sound odd, the character of Joey Blade was inspired by my memory of what I was like at Joey’s age. I just made him better than me. Better looking, better athlete, better person.

Many of us did foolish things when we were young, but we survived our youthful mistakes. We got to grow up and go on with the lives we had planned: college, marriage, kids, career. Joey didn’t.

Some reviewers have called Dry Heat a coming-of-age story, but I don’t see it that way. I think it is a story about a boy who doesn’t get to come of age. He has to pick up the pieces of a shattered life and lost love and build a new life for himself. It’s a cautionary tale, but also a hopeful one.

A: I lived in Phoenix for 15 years operating the engine rebuilding company. I had a good sense of what Phoenix was like in the 1990s.

My number one beta reader is a litigation attorney and he was invaluable in helping me on all of the trial scenes from arrest right through sentencing.

I read a number of articles on the gang scene in the Phoenix area at that time. 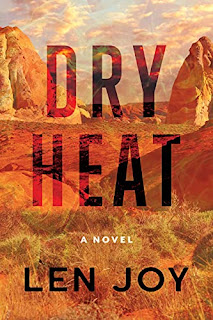 I talked extensively with my friend who was the mother of the young man sent to prison. She told me what he shared about his life inside, such as the importance of getting a good prison job like working in the kitchen, staying with your own racial group, and minding your own business.

She described the Kafkaesque challenges of dealing with the prison bureaucracy, the dehumanizing experience for families trying to visit, and the monumental challenges her son faced on re-entering society as a convicted felon. Parole restrictions were much more onerous that I had realized.

Q: The Kirkus Review of the novel says, in part, “The author is careful never to allow the tale’s hard-won momentum to dissipate and is masterful at keeping all the plot pieces in motion as they play out.” What do you think of this description, and how did you plot out the novel?

A: I think that is a great observation. The novel is in three parts: the first part is 244 pages, the second part is 64 pages, and the last section is only 25 pages. I wanted the story to be propulsive – to pick up speed as the reader races to the finish line and I think it does.

I made a rough outline of how I thought the story would play out, but I changed it frequently as the story evolved on the page. I didn’t know how this story would turn out for Joey or Mallory, but I was hopeful that they would prevail.

A: I hope readers enjoy the story. That is always my number one goal.

I hope they like the characters as much as I do. Joey is an innocent – too good for this world – sort of like Phineas in A Separate Peace. His girlfriend Mallory is an exceptional young woman – decent, compassionate and a survivor. And Chico, a vicious gang leader, is, as Joey admits, “hard not to like and respect.”

This is a story about loyalty, family ties, friendship, and the enduring power of love.

A: I am about two-thirds through the first draft of a novel titled Freedom’s Just Another Word… It takes place in 2018 and is the story of fictional Chicago Tribune columnist Jake Doyle, who fell from grace years ago (had an affair and a child with his 20-year-old intern) and is struggling to survive in the newspaper world of the 21st century.

When the new billionaire owner of the Tribune recruits Jake to help him with his campaign to run for president, Jake must decide whether to go along or get out.

A: Despite all of that commuting to Phoenix, I have been married for 48 years. When I am not writing, I work out. I am an All-American triathlete and I compete internationally, representing the United States as part of TEAM USA.

Thank you very much for giving me this opportunity to talk about Dry Heat. It’s much appreciated.