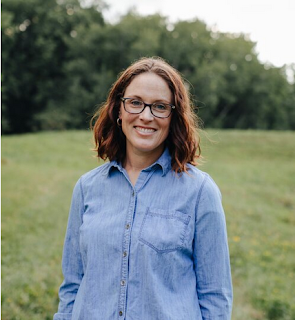 Kathleen West is the author of the new novel Home or Away. Her other books include Are We There Yet?. A teacher, she lives in Minneapolis.

Q: You write, “The uncomfortable tension of sports and sports parenting brought me to Home or Away.” Can you say more about that, and about why you chose youth hockey as the book's focus?

A: While most youth sports seem to require a great deal of time, money, and commitment these days; hockey, I think, has a little extra intensity wrapped up in it.

That’s because kids have to learn how to skate as toddlers in order to really compete going forward. It’s not a sport that many can take up later (meaning, after kindergarten) or drop in and out of and still be competitive enough to play in high school.

As a hockey parent, I can tell you that the intensity sneaks up on you. It’s not like I felt we were devoting so much of our free time and money to the sport at first. We felt like we were following my son’s lead, and we still feel like that–and now he plays hockey year-round and we schedule the rest of our lives around it.

Q: How did you create your characters Leigh and Susy, and how would you describe the dynamic between them?

A: Leigh and Susy have an incredibly complex relationship. They have an affinity in that they were both world-class athletes and competed together as teammates at the World Championships.

As kids and young adults, they were friends. But they were also always each other’s competition. Leigh had the edge in high school and college, but when it mattered–when the Olympics were on the line–Susy made the team, and Leigh didn’t. 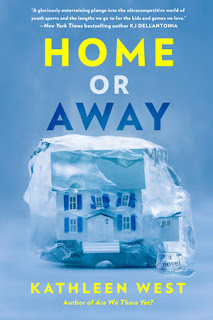 It took a lot of drafts and a lot of thinking to get their relationship just right. The level of intensity required to be the best in the world at something carries over into your interactions with people inside the sport and outside of it. These two have a lot in common, and also a lot of tricky history.

A: I knew I was writing toward a generally happy ending. I love happy endings and find them to be satisfying as a reader. But deciding what “happy” looked like alongside “realistic” for each of my main characters was a process. There were many changes along the way.

There’s one ending I still don’t think is settled or realistic. While Gus might think he’s out of A-level hockey, I’m pretty sure the adults in his life will guide him toward the tryouts again the following fall.

Q: How would you describe your character Jeff Carlson's role in the book?

A: Jeff is a straight-up villain. He might have nuance as a person, but I didn’t spend much time, if any, inside his head. He’s a guy who didn’t reach his personal goals in athletics, and then exploited women who were willing to do anything to reach theirs.

I hate him, and I think all readers will also hate him. He’s perhaps the most one-note character I’ve ever written.

A: I am working on a significant pivot in terms of genre, and I’m struggling a bit! I spent a year developing some ideas for a murder mystery that are interesting, but ultimately, not right for my next project.

I think I’ve finally landed on an idea that’s going to capture me and my editor, but I need some concentrated time to get it on paper.

A: I’m a teacher! I work at an all-girls school in St. Paul, Minnesota, and my students bring me a lot of joy. I also have three dogs, which is a lot of dogs.