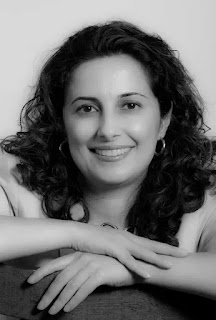 Nazila Fathi is the author of the new children's picture book The Persian Warrior and her Queen. It focuses on the 7th century Persian military commander Apranik. Fathi's other books include The Lonely War. She worked as a journalist in Iran for two decades, and now lives in the Washington, D.C., area.

Q: What inspired you to write a picture book about Persian military commander Apranik?

A: Kids and adults are fascinated by the character of Wonder Woman. I love the story of Mulan, a young Chinese warrior woman who disguises herself as a man to go to war instead of her elderly father. I wrote three books about men and it was time to have one about a woman.

Apranik and Queen Pourandokht stood out for me because they lived at one of the most important historical turning points in ancient Persia when Arab Muslims invaded the country. I decided to build the narrative in a way that I could introduce both of them even though their lives did not coincide with one another. 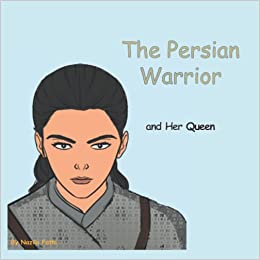 A: I had to dig into many historical books to learn about her and about life during that era in general. Most of the material about that period has been produced many years later. I called historians and looked into half a dozen books to build the story.

What surprised me was that her story has been preserved entirely through oral history so it might as well just be a legend. There are many references to Persian women warriors by Greeks who were Persia’s archnemesis but nothing about her per se. Historians who have written about her have no original reference.

Q: What does her life say about the role of women in 7th century Persia?

A: Women had a much bigger role until the fall of the Persian empire in the 7th century. We know from ancient clay tablets that women were highly respected in ancient Persia and enjoyed equal rights with men. They were considered independent individuals and decided their own fate.

After the fall of the Persian Empire—exactly around the same time that the story of The Persian Warrior is set—women lost those rights. The Arabs put restrictions on women in the lands they conquered and introduced the concept of women as second-class citizens.

A: She stood up to the challenges of her time and did the best she could. We have other characters that may or may not be based on her story. Iran’s 10th-century poet, Ferdosi, who wrote The Books of Kings, wrote about Gordafarid, one of the heroines in his book who was a warrior and slowed down invading forces.

A: I am working on a story about the son of Cyrus who conquered Egypt, which had the most powerful army that even his father had not been able to defeat. He ended the rule of the Pharaohs and expanded the Persian Empire all the way to Africa.

A: I want to remind parents that inspirational stories are important in shaping the minds of young children. They grow up motivated and tend to have much stronger characters. I urge parents to introduce their children to such characters from different cultures.