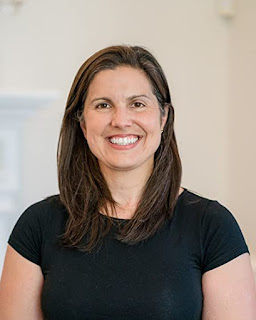 Katharine Gregorio is the author of the new book The Double Life of Katharine Clark: The Untold Story of the American Journalist Who Brought the Truth About Communism to the West. Clark was her great-aunt. Gregorio lives in San Francisco.

Q: Why did you decide to write this book about your great-aunt, and how much did you know about her as you were growing up?

A: Growing up my mother told family stories, and I always paid attention to the ones about Katharine because we share the same name. There was always one about Katharine smuggling out papers in her bra that made an impression on me. I never dreamed that I would grow up to write a book based on this sliver of a much richer story.

Q: As you were writing the book, was it difficult to separate your roles as biographer and niece?

A: Not at all. My family tie provided me with “insider” detail a typical biographer of someone deceased might not be able to access, helping me bring more color to bear about Katharine's character and life. Otherwise I approached the book as I would any other topic. 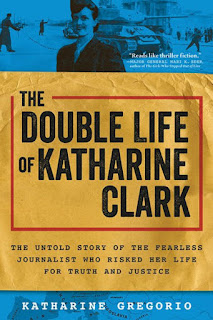 I invested in deep research. Then I mapped out the story arc to help me decide how to tell the story from what I’d uncovered - which characters to highlight beyond my great-aunt, what the conflict and resolution points should be, and what voice and tone to use for the narrative.

Ultimately I wrote a book that I would want to read - one that would keep the reader wanting to find out what happened next. Fortunately, the story progresses naturally in just that way.

Q: How would you describe the dynamic between Katharine Clark and Yugoslavian dissident Milovan Djilas, whose work she smuggled out of Yugoslavia?

A: I think Katharine and Milovan were kindred spirits. As Milovan wrote in a letter to Katharine in the 1960s, “our destinies have become identical.”

Q: The Publishers Weekly review of the book says, “Shot through with vivid sketches of 1950s Belgrade, Budapest, and Warsaw; intimate details about Clark’s marriage, and genuine awe for her courage, this is a fitting tribute to a pioneering female journalist.” What do you think of that description, and what do you see as Clark's legacy today?

A: Katharine was indeed a pioneer, and not just because she was a woman. (Although being a woman who worked outside the home, one who worked as a reporter covering news other than the society page, was highly unusual).

She was curious about the world, and while she respected authority and rules, she was not afraid to question something if it seemed wrong. Her willingness to risk her life to share stories and ideas because it was the right thing to do is a legacy that she can be proud of.

A: I have a couple of ideas I am working on, including another narrative nonfiction book about an untold story of a woman in history and a children’s book I am writing with my sister.