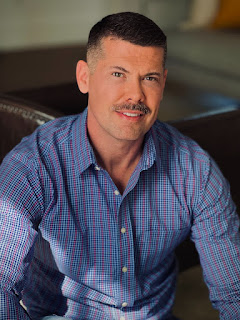 Joshua Senter is the author of the new novel Still the Night Call. He also has written the novel Daisies, and has written for television shows including The L Word and Desperate Housewives.

Q: What inspired you to write Still the Night Call, and how did you create your character Calem?

A: I grew up surrounded by dairy farms in the Ozark Mountains of Missouri, and when I began reading articles about small dairy operations struggling to make ends meet and dairy farmers taking their lives because they could no longer bare the weight of those struggles, I was horrified.

Writing on the TV series Desperate Housewives, I learned most people's stories involve some sort of breaking point, that desperate moment when they decide to take action to change a destiny they no longer want.

Well, here were all of these men committing this desperate act of suicide, and I thought, I’m the perfect person to tell their story. Come to find out, farmers commit suicide at an even higher rate than our military veterans. It’s a mental health disaster unfolding in rural America that no one is addressing.

Calem was created partially as a way for me to vent my own frustrations over the quality of life issues plaguing rural America, and partially for me to dive into the psychology of white, straight men who are becoming radicalized at an alarming rate all over our country.

Barack Obama said: “The biggest deficit that we have in our society and in the world right now is an empathy deficit. We are in great need of people being able to stand in somebody else's shoes and see the world through their eyes.”

That became my goal, to create a character we could empathize with and who might show us something about the hardships facing rural America that most people haven’t taken the time to understand.

Q: The novel takes place over the course of one day--was it difficult to work within that structure?

A: Being as I was raised in a strict, conservative household, I never read any so-called “secular” books until I arrived at art school in Pasadena.

One of the first “secular” books I read was Catcher in the Rye, and I was blown away by it. James Joyce’s Ulysses followed soon after. I loved the structure of both, telling an entire story within a day—a moment in time.

The stream of consciousness, the way different smells or sights or sounds in the present cause the character of Calem in Still the Night Call to reflect back on his life, was wondrous to write. It felt real. I wouldn’t say it was easy, because writing is never easy, but it allowed a certain poetry to flow from the page that I relished. 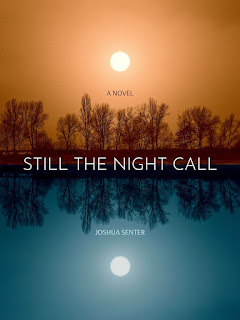 Q: The Kirkus Review of the book says, “Senter’s impressive novel is a truthful, honestly told story that puts a human face on a region that’s steeped in tradition, brimming with the allure of nature, and grappling with the constant threat of being swallowed up by the latest corporate entity.” What do you think of that description, and how important is setting to you in your writing?

A: When I sent out Still the Night Call to be reviewed, I honestly expected the worst. In truth, I could barely sleep I was so nauseous waiting for those first reviews to come in.

Would people understand my intent? Would they grasp the importance of the story? Would they see how I was attempting to balance darkness and a rural mindset with the poetry of the prose and the bucolic setting? Still the Night Call dives into some very fraught issues and asks the audience to descend into a chilling reality.

When the Kirkus Review was put up, I was floored that the reviewer understood the balancing act I had undertaken. And as more and more people have read the book, the reaction continues to be one of immense empathy, and that continues to be of upmost importance to me.

A: Still the Night Call is about quieting the terrors that keep a person up at night, that tell a person they are a failure because they haven’t lived up to their potential.

I remember when my mom went through her divorce, how she couldn’t fall asleep because of the thoughts plaguing her mind about all she felt she had done wrong in her marriage. And there have been so many times in my own life as a gay man when I’ve felt the same way.

I think everybody goes through night terrors at one point or other. But if straight, white men are killing themselves 80 percent more often than any other group of people, I suspect they wrestle with night terrors more than anyone knows, and clearly, they are losing that battle.

A: I’m currently putting the finishing touches on another fiction novel called Heaven & Earth that dives into the dicey world of fundamentalist organized religion here in America.

A: My greatest hope is that people who read Still the Night Call will share it with others. It is such an important story, I believe it has the power to change our country and our world for the better.