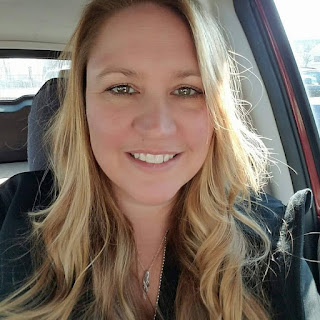 Heather Webb is the author of the new novel The Next Ship Home. Her other novels include Meet Me in Monaco. She also is a freelance editor, and she teaches in Drexel University's MFA in creative writing program. She lives in New England.

Q: The Next Ship Home was inspired by actual events--can you say more about that, and about how you created your characters Francesca and Alma?

A: When I began researching for this novel, I started broad with books about Ellis Island, New York City history at the turn of the century, the history of immigration in America and more. I also got pulled into the fascinating anarchist movement.

The problem is, there was so much great stuff, I knew I needed to narrow my focus a bit so I went in search of articles about Ellis Island in the New York Times archives. This is where I found my story.

Forty people who either worked at Ellis Island or worked for the companies associated with operations there (food services, shipping companies, etc.) were called before the Grand Jury of New York in the fall of 1902.

Learning this was like being struck by lightning. Who were these people and what exactly were they doing to the incoming immigrants, I asked myself.

I used this as the backdrop through which my two main characters, an Italian immigrant and a first generation German-American woman who worked at Ellis Island, moved, grew, and became unlikely friends.

I chose an immigrant and a worker to show opposite sides of the immigration experience for a richer view of what took place there.

Q: What would you say are some of the most common perceptions and misconceptions about immigration through Ellis Island?

A: I think it’s mostly seen as this beacon of hope and the truth is, it was a place the immigrants feared. Would they be accepted to America? How would they be treated?

They’d heard the infamous stories from their relatives or people from their village who’d made the trip ahead of them of what took place there. In fact, it was nicknamed the Isle of Tears.

Q: Can you say more about how you researched the novel, and did you learn anything that especially surprised you?

A: I spent a lot of time there, in fact, taking photographs and reading all of the plaques, watching the videos and chatting up the librarian there. I also dug into the transcripts of immigrant interviews and parsed through numerous books on the American immigration experience.

So much surprised me. The sheer number of people that arrived during Ellis Island’s six decades of operation; the misconduct and abuse that took place there or off the island but instigated by employees and inspectors...numerous things.

Q: You’ve said, "The laws governing immigration were, and are still, continuously shifting. I hope my readers are able to get a feel for how difficult and complex the issues surrounding immigration can be." How would you compare views of immigration in the early 20th century with the immigration debate today?

A: Without going too much into the debate itself, which can be full of landmines and barbed wire, I would say not all that much has changed, at least on the humanistic level.

Many of the laws have changed to be more or less inclusive of certain peoples, the requirements to becoming a citizen, etc., shift constantly, but how immigrants are viewed by Americans and how they are treated, sadly, isn’t so different from those days at the turn of the 20th century.

A: Unfortunately I can’t announce it quite yet, but soon! I can say it’s set mostly in Hollywood in the 1950s and 1960s and it’s a dual biographical. My publisher approached me and asked me to write it so it’s a little bit out of the scope of what I normally write, but it was a blast. I can’t wait to share it.