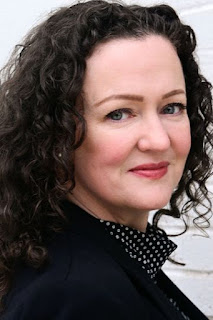 Adele Myers is the author of the new novel The Tobacco Wives. She works in advertising, and she lives in Brooklyn.

Q: In your author’s note, you write that the “seeds of the book ‘germinated’ for many years, over twenty years to be exact.” What made you decide to write the book?

A: I always knew that I wanted to write a novel at some point. I wrote mostly short stories and essays for many years, while building a career in public relations and advertising. My days were spent writing press releases and remarks for media events. At night I took classes in short story writing at The New School.

It was there that I met the teacher who planted the first seed of what would become The Tobacco Wives. I had written a short story about the wealthy wives of tobacco executives. I still have it actually, along with her note scrawled on the back page. “I think this could be a longer piece. There could be a novel here.”

My job took up most of my creative energy in those years, and then I got married and had a son. My own writing took a backseat, but my teacher’s comment stayed with me. Eight years ago, I decided it was time. I made a commitment to write a book based on that short story.

A combination of factors spurred me to make the decision at that time. My son was older, my work was less demanding, and I had grown as a person. I gave myself permission to focus on my passion.

Q: The writer Kristin Harmel said of the book, “The Tobacco Wives is a perfect example of the kind of historical fiction I love best: a story firmly grounded in the past that still feels powerfully resonant today.” What do you think of that assessment, and how would you compare the two eras?

A: I was thrilled when I first read Kristin’s comment. First of all, just because I’m such a big fan of her work, but also, I totally agree with her assessment.

The Tobacco Wives explores issues that are still relevant today; the parallels between Big Tobacco and the opioid epidemic, for instance. Both are situations where greed and deception led to public health crises.

My book also explores women’s rights. The cigarette factory workers had no job protection and made less than men. Even the wealthy wives of tobacco executives in fictional Bright Leaf, North Carolina, had no real power, and certainly no seat at the boardroom table.

Unfortunately, those same problems persist today. As of last year, only 8 percent of Fortune 500 companies are run by female CEOs. The gender gap in pay has remained relatively constant over the past 15 years, with women typically earning 84 percent of what men earn in similar roles.

Q: How did you create your character Maddie, and why did you decide to make her a seamstress, as one of your grandmothers was?

A: The Tobacco Wives was inspired by my childhood growing up in tobacco country. Both sets of my grandparents lived and worked in Winston-Salem, North Carolina, and my summers there were magical. Maddie came from those early experiences and evolved from there.

I decided to make her a seamstress because it gave me a way to put her inside the mansions of the tobacco wives. At that time, dressmakers visited the homes of wealthy clients. I loved the idea of dropping Maddie into this glamorous, unfamiliar world. What might she overhear? What might she find? There’s also an intimacy between a dressmaker and her client that I find fascinating.

Q: How did you research the novel, and what did you see as the right blend of history and fiction as you wrote it?

A: I started my research by going through old photo albums and talking to family members. I drew upon my relatives’ deep connections to tobacco, as well as my love of Winston-Salem. 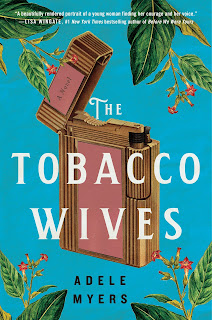 I went through my father’s high school yearbook and noticed that the RJ Reynolds High School mascot was a devil. I noticed that the charm bracelet my mother left to me had a Jr./Sr. Prom charm with a big black R for Reynolds. I had always admired the antique thimble my grandmother left me, but didn’t realize at first that the beautiful flowers painted on it were tobacco blossoms.

My grandfathers also served the wealthy tobacco families, one as a senior executive with Wachovia Bank and the other as a home builder and cigarette factory worker. My great uncle was a portrait artist who painted seven RJ Reynolds presidents as well as countless wives and children.

What struck me most about my family’s experience was the immense pride that people felt back then about helping to build “the tobacco capital of the south.” In hindsight, it’s hard to believe that they didn’t know about the dangers of smoking, but during those years they had no idea.

What was it like for them, I wondered, to have such pride in their work and community, only to learn that they're producing products that kill people? How did proud tobacco town executives and workers react when medical studies linking smoking to cancer emerged in 1950? How would a tobacco wife react if she was the first to know, or better yet, if she discovered her husband had been covering it up?

These questions took the book in an exciting direction and spurred me to learn all I could about the fall of Big Tobacco.

The tobacco industry cover-up and campaign to deceive the American public is well-documented, and I found two sources in particular that were incredibly helpful -- The Gilded Leaf: Triumph, Tragedy, and Tobacco: Three Generations of the R.J. Reynolds Family and Fortune by Patrick Reynolds and Tom Shachtman; and Golden Holocaust: Origins of the Cigarette Catastrophe and the Case for Abolition by Robert N. Proctor.

I also combed through congressional archives, read transcripts from tobacco executives’ testimony, and watched every movie and interview I could find on the topic.

While The Tobacco Wives is set in the fictional town of Bright Leaf, North Carolina, in the 1940s, I borrowed from the Big Tobacco revelations that came later, well into the ‘60s, ‘70s and ‘80s, and chose to focus on smoking’s effects on women in particular.

The 1940s was a time of social unrest, wartime conflict and emerging new options for women, a time that some historians say spurred the modern women’s rights movement.

Setting the book in this period and taking liberties with the timeline and nature of tobacco studies emergence enabled me to explore themes such as Southern women’s role in society, the impact of WWII on the workforce, and the use of advertising to shape public opinion.

Anne Firor Scott’s book The Southern Lady: From Pedestal to Politics 1830-1930, gave me an invaluable perspective on women’s lives and the influence they wielded behind the scenes.

My expertise in public relations and advertising gave me insight into the strategies employed by tobacco executives to mislead the public.

I spent 18 years of my career at Porter Novelli public relations, a company that pioneered public health marketing campaigns like The Truth Anti-Tobacco Campaign, and The Know Your Numbers Campaign, which encouraged people to learn their numbers related to cholesterol, blood pressure, blood sugar, weight and body mass index (BMI).

I drew upon my experience in the field to develop Mr. Winston's plan, using techniques like credentialing, target audience insights and attribution of health benefits to ingredients vs. the final product.

A: I’m working on a second novel that is based in the South and involves another cover-up situation.

A: If you want to write a novel, go for it. As Victorian novelist George Eliot said: “It is never too late to be what you might have been.”