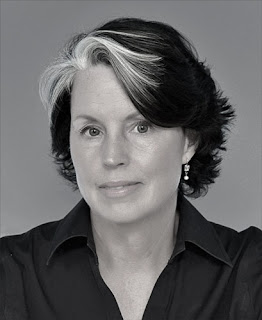 Kathleen Courtenay Stone is the author of the new book They Called Us Girls: Stories of Female Ambition from Suffrage to Mad Men. She is also a lawyer. Her work has appeared in a variety of publications, including Ploughshares and Arts Fuse. She lives in Boston.

Q: You begin your book with a reflection on yourself at 8 years old. Why did you choose to start there?

A: I wanted to share an experience that was formative for me and was part of the book's genesis, but which is also universal. As kids, we try to make sense of the world we see around us. We absorb influences from our families and society in general while, at the same time, we are learning to be individuals within it.

When I was growing up, almost all the women in our neighborhood were at home taking care of children, and most of the men commuted into Boston for their jobs. Like the other families, mine followed that traditional allocation of gender-based roles. I accepted that was how things were, but also wondered whether something else was possible.

I knew that a few women had been in law school with my father. With an 8 year old's intuition, which I think is actually pretty keen, I figured that a small number of women must be working in what were then called "men's" jobs. I also suspected that these women were pretty remarkable, even though I hadn't met them.

Despite the plateau, some women began careers, often without fanfare, in professions that had traditionally been reserved for men. These are the women I write about. And after talking to them, I found that they were indeed remarkable, just as I guessed they would be when I was 8.

Q: How did you choose the women to write about, and how did you research the book?

A: To understand the era in which the women came of age, I started with background research on women's history and 20th century history. Both the Boston Public Library and the Schlesinger library at Harvard were great resources.

When it came to choosing women to interview, one criterion was age. I wanted to talk to women who began their careers during that 50-year plateau period, which meant birth dates before 1935. I was also committed to drawing from a variety of professions and finding racial and ethnic diversity.

Some women I found on my own, including one who was a family friend. I scoured books and the internet for women who fit my criteria and asked my college alumni office. Sometimes friends and acquaintances made suggestions and their personal introduction helped open the door.

A few times I was too late getting to someone I would have liked to interview. But I was fortunate to capture fascinating life stories that offer clues about how girls become women with work that is fulfilling to them. They all had ambition, and I use that word in the most positive sense.

Q: The writer Lisa Napoli said of the book, "They Called Us Girls reminds us what women routinely encountered not so long ago, and how these particular estimable women transcended and triumphed." What do you think of that description, and how would you compare these women's experiences with those of women today?

A: Lisa Napoli gets it exactly right, and she knows. Her book, Susan, Linda, Nina & Cokie, looks at the founding mothers of NPR who began their groundbreaking careers only slightly later than the women in my book. The women I write about came of age before any of the Civil Rights legislation of the 1960s when there was no legal protection against discrimination on the basis of sex. 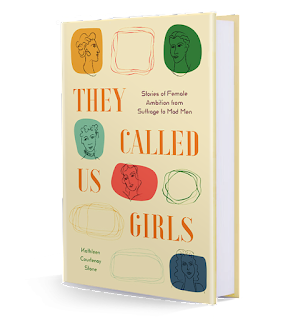 Maybe even more important was the prevailing culture. The women in my book faced exceedingly narrow expectations about the kind of work women should do. Taking care of home and family was thought to be a woman's highest and best use. It didn't matter if she had some other ambition; it should be subsumed to her familial duties.

And if a woman did work outside the home, and many did, she was expected to limit her aspirations to certain kinds of jobs.

I'll give you some examples. One woman I write about was told she did not belong in a Ph.D. program; she was only taking a place that should have gone to a man. Another woman had to prove she could type, even though she was eminently qualified for a non-secretarial job and no man in the entire organization was given a typing test.

Another woman who was Black had to navigate a very careful path in order to become a physician. Women made up only 5 percent of physicians in the country and health care was strictly segregated in many places, including in medical schools and internships.

Of course challenges remain, but the widespread attitude that women don't belong in fields like medicine, law or science, or in leadership roles, has changed considerably.

A: The book launched me into career 2.0. I practiced law for many years but knowing I had a book in me caused me to pivot. I enrolled in an MFA program where we talked about the craft of writing, and I learned to read with new insight.

Writing anything is a learning experience, so writing a whole book was really intense as I delved into narrative, structure, language, and all the other elements that go into it.

Because I was writing about how women took their place in "male" professions, I thought a lot about how girls grow up and the kinds of experiences and influences that are important.

I couldn't help but think about what was important to me and appreciate, once again, what I got from my parents. Some of those personal reflections are included in the book.

A: I am writing art reviews and book reviews, as I have for a number of years. I love thinking about how  and why art is made, my reaction to it, and how the curator has decided to display it. A similar thing happens with book reviews. I read for pleasure but also with an eye toward craft and where the book fits within the literary universe.

At the same time, I'm mulling over two ideas for what might be another book. Other than being nonfiction, they are not at all similar to one other, nor to my current book. The ideas are too preliminary to discuss publicly, but if you ask me again in a year, I'll be able to tell you more.

A: My goal was to discover where female ambition comes from and how this older generation nurtured it against the odds. I found no single thing was responsible. A number of influences and experiences were important, but two stand out.

The first is family, which did not surprise me. Muriel Petioni, a physician in Harlem, put it this way. She said that every child needs someone to tell them they can do something great. If it's a parent, the child is lucky. For the women in my book, families were consistently important, even though some experienced extreme poverty, divorce and other challenges.

But I did discover something that surprised me, and that was the significance of immigration. I did not think about immigration status when I decided who to interview but, as it turned out, three women were immigrants and three others had at least one parent who was. That's six out of a total of seven!

This correlation of immigrant status and professional success is more widespread than my small sampling shows, and there are good reasons for it, some of which I mention in an article I wrote for MS Magazine. https://msmagazine.com/2021/11/11/immigrant-daughter-michelle-wu-mary-lou-akai-ferguson/

Given the political lens through which women's issues and immigration are viewed today, I hope my book spurs productive conversations about how we can support girls and women on their way to having work that is meaningful to them.