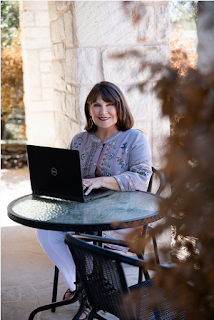 Julia Brewer Daily is the author of the novel No Names to Be Given. She has taught at Belhaven College and was the executive director of the Craftsmen's Guild of Mississippi. She lives in Fredericksburg, Texas.

Q: You write that your own experiences inspired this novel, as an adopted child. How did you create your characters Sandy, Becca, and Faith?

A: I wanted young women from all walks of life to signify that whether one was from a wealthy family or in poverty when she became pregnant, the result was the same—women were forced to relinquish their babies for adoption. Societal shame cut across all economic and diverse backgrounds to affect many in the 1930s-1980s.

My three protagonists represented the diversity of experiences, maternal instincts, and occupations.

A: Because a thread of memoir runs through the novel, I lived the experience of being an adopted child and knowing adoptive parents.

I spoke to several birth mothers to learn about their experiences in maternity homes. I surprised myself with a higher degree of compassion I developed for the birth mothers during my process. I always knew I admired their bravery, but they stole my heart again with their stories. Q: What do you think the novel says about attitudes toward unwed mothers in the 1960s?

A: I think the book captures the shame and guilt heaped upon unwed women who became pregnant during those years, before and after. It was heartbreaking for women caught in eras before available birth control and legal abortion.

I know young women today will be horrified by the lack of choices women faced not many years ago and how their families and society treated them.

A: As an adoptee visiting my maternity home, I heard babies crying, and I wondered if it was because “they had no one to hold them, no names to be given.” I wondered about the space of time between when their mothers left, and their adoptive mothers had not claimed them. Did they (we) have a sense of abandonment in our tiny selves?

A: I am in the editing phase of my second novel, The Fifth Daughter of Thorn Ranch. The story is about the heiress to the largest ranch in Texas who stumbles upon an ancient people living on her property.

A: My podcast, Authors Over 50, begins in April and celebrates those of us who’ve written a debut novel over the age of 50. It will be available wherever one listens to podcasts.