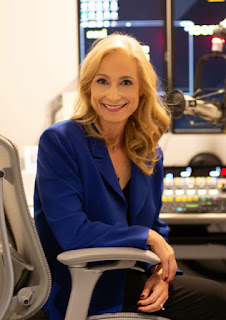 Alisa M. Parenti is the author of the novel Betrayal: The Ethel Rosenberg Story. It focuses on Rosenberg, who, along with her husband, Julius, was convicted of spying for the Soviet Union and executed in 1953. Parenti is a journalist based in Washington, D.C.

Q: What inspired you to write this book about Ethel Rosenberg?

A: My interest was initially sparked by a story on 60 Minutes about the Rosenberg spy case. In that piece, Ethel Rosenberg's brother, David Greenglass, admitted that his testimony against his sister was false. That was the key piece of evidence in her conviction, and resulted in her death sentence and execution.

It struck me that Ethel Rosenberg was betrayed not just by her family of origin, but also by the justice system, by the nationalistic fervor of the time, and by a society that diminished women in general.

Q: What did you see as the right balance of fiction and history in the book?

A: I think the fictional elements should help bring to life the events that actually occurred. To me, the historical truth is central. It's the blueprint of the narrative. Fiction is the color between the lines.

There's not much written solely about Ethel, so I drew from letters she wrote while incarcerated at Sing Sing. The history in the book takes us from one event to the next, and I fictionalized her reactions to those events.

In the Notes section at the end of the book, I delineate chapter by chapter what's fact and what's fiction.

Q: Can you say more about how you researched Ethel Rosenberg's life, and did you learn anything that especially surprised you?

A: I spent a couple of years reading everything I could about the Rosenbergs and the case, and I learned so much.

For example, I didn't know that Ethel Rosenberg organized workers at one of her first jobs, at the National New York Packing and Shipping Company. Ethel was fired as a result of her unionizing efforts, and a judgment in her favor was one of the first of the then newly-formed National Labor Relations Board in 1936. 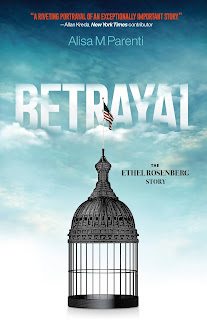 It's also surprising how Ethel's sons and grandchildren continue her legacy.

The Rosenbergs' younger son, Robert, founded the Rosenberg Fund for Children, which raises money to pay for activities for children of jailed activists. Since its founding in 1990, the Fund has distributed more than $7.5 million for those children's camps, art and music lessons, school tuition and more. Currently Ethel's granddaughter, Jenn Meeropol, is the executive director of the Fund.

Q: Can you say more about how you see Ethel Rosenberg's legacy today?

A: As the world is gripped by news of the war in Ukraine, I am struck by the similarities of Putin's Russia and Hitler's Germany. So many Americans want to do their part to end the deadly aggressions of a dictator.

Even if you assume Ethel Rosenberg was guilty of conspiracy to commit espionage (which many dispute), you can understand the Rosenbergs' conviction to help a U.S. ally in the fight against the Nazis. For me, the Rosenbergs' legacy is one of tolerance for differing ideologies.

A: Several readers have mentioned that they had never thought of the Rosenbergs’ case from Ethel Rosenberg's perspective, and that makes me feel as though I've accomplished what I had set out to do. I'm proud to share Ethel's story, which was for decades under-reported, relative to other people involved in the case.

Because this is a fictionalized account, I hope it's more accessible to, and resonates with, a broader and younger group of readers.

A: I always wanted to highlight the core theme of betrayal in the title, and my intention is for this to be truly Ethel's story.

This is also featured in the design of the book cover by my sister-in-law, Lisa Parenti. There's quite a bit of bird imagery throughout the book, and she had the idea of capping the birdcage with the Capitol dome, representing the pressure of the government upon Ethel.

I really wanted the book to present a multimedia approach, with fictionalized artifacts telling the story on several different levels. I think Lisa really elevated the experience for readers by creating newspaper stories, a telegram, a military rejection letter, and more.

A: The audiobook version of Betrayal was released on Audible just this month. Recording and producing that was more fun than I expected! Now I'm writing short-form pieces and editorials about the themes raised in the book.

--Interview with Deborah Kalb. Here’s a previous version of this Q&A. Alisa Parenti will be participating in the Temple Sinai Authors’ Roundtable in Washington, D.C., on March 26, 2022.