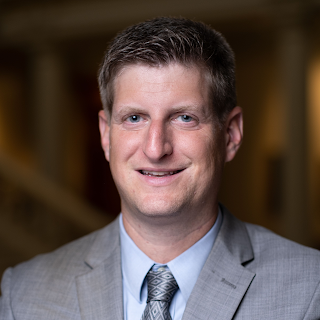 Greg Bluestein is the author of the new book Flipped: How Georgia Turned Purple and Broke the Monopoly on Republican Power. He is a political reporter for The Atlanta Journal-Constitution and a contributor to MSNBC and NBC News. He is based in the Atlanta area.

Q: Why did you decide to write this book about Georgia and the 2020 election?

A: The 2020 election put Georgia at the center of the political universe, and it will probably stay there the rest of this decade.

I wanted to tell the story of how Georgia became the ground zero for everything – the political shifts in the suburbs, Trump’s influence, Black voting power, a liberal resurgence, and election misinformation – in a way that will resonate for years to come.

Q: What was it like to be covering the biggest political story in the country during the Georgia runoffs? Had you expected anything like that to happen?

A: Overwhelming! I’ve covered state politics for two decades. I wrote about Brian Kemp’s state Senate campaign in college, and covered Stacey Abrams when she was a backbench Georgia legislator. I’ve covered Jon Ossoff since he was a longshot U.S. House candidate.

It’s been incredible to document the story of how Georgia earned its turn in the political spotlight. 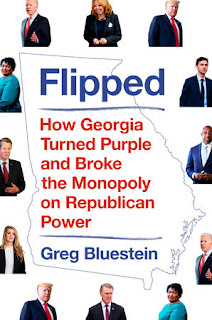 Q: What impact do you think Stacey Abrams had on voter turnout in Georgia? What about Donald Trump?

A: Georgia politics has been dominated in the last few election cycles by a pivot to the base. No longer do Democrats run as “Republican lite” candidates, just as GOP contenders moved to the right to energize conservatives.

Trump and Abrams couldn’t be more different politically, but both have helped mobilize their supporters in unique ways.

Abrams started a decade ago to rebuild the Democratic party by embracing more liberal values – and reaching out to Georgians, particularly voters of color, who typically skip midterm elections.

Trump and his allies pushed to embrace conservatives who felt disillusioned by the election process.

Q: What do you see going forward? Do you think the state will continue to play a key role?

A: Georgia will be one of the nation’s premier political battlegrounds through this decade and the state’s leading politicians – all national figures – have the chance to continue to influence national politics.

Stacey Abrams has long promised to one day run for president and I won’t be surprised to see other Georgians talked about as White House contenders down the road.

A: I just joined MSNBC and NBC News as a contributor in addition to continuing my coverage for The Atlanta Journal-Constitution. We’ve expanded the Politically Georgia podcast I host, and we’ve ramped up our coverage of Georgia politics in the AJC’s Morning Jolt newsletter and Political Insider blog.

A: Stay tuned! There’s no such thing as a slow news week in Georgia.