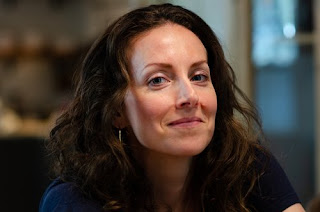 Ariane Torres is the author of the new novel We Are the Kings. She has worked in the fields of interior design and prison advocacy. She lives in Somerville, Massachusetts.

Q: What inspired you to write We Are the Kings, and how did you create your characters Marcella and Adele?

A: Adele came to life over the course of a few years after one of my grandmothers died. I’d lost another grandmother (I had four) a few years before that.

There were strange moments where their absences felt particularly painful, and I as I got older, I also grieved for the experiences that they’d been deprived of because of the societal conventions and standards they were forced to live with.

I started thinking a lot about the ways I’d failed to understand their complexity when they were alive, and in doing that, sort of failed to see their whole selves.

Marcella started as a symbol, or a sort of beacon of hope. I wanted a female character who is authentic and flawed, but not in some cute, trite way where the bulk of the narrative centers around watching her get fixed or tamed, and in a sense, broken.

I wanted a woman who stayed true to herself, because, despite all the progress we’ve made as a culture, that remains a challenge for many women, myself included.

Q: The Kirkus Review of the book says, in part, “The episodic work effectively examines the ways in which women are forced to shrink themselves to accommodate men and how they still manage to express their own brilliance.” What do you think of that description?

I think it’s so deeply ingrained in women to remain vigilant about all the ways we might threaten or offend men, that we are constantly--and somewhat subconsciously-- adjusting our behavior and ideas and appearance so as not to upset anyone. 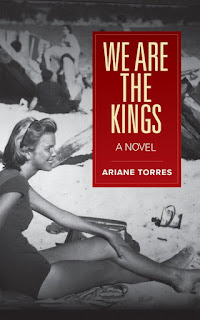 We know we’re doing it, but don’t quite know how to stop. Or maybe we do, but the consequences of doing so would be too dangerous. This takes up a tremendous amount of energy, and this is on top of the already unjust burden that women carry.

But despite this, we remain a force to be reckoned with. We continue to express ourselves and to exert our power. That’s what I was trying to convey through my  characters.

A: I had a vague idea, but it definitely changed from draft to draft. The whole book started as a collection of moments or instances, and then the story developed around them. So, I had a sense of what kind of moment it would be, but it took a number of iterations to find the best way to bring it to life.

A: I mainly hope that people enjoy it, whatever that means to them. I’ve never liked the idea of there being only one way to experience a piece of writing.

But the thing that I love most in a book is recognizing a kind of universal human experience, something that I hadn’t been able to voice before even though I’d felt it, and maybe didn’t even know that I’d wanted to voice until I read someone else’s interpretation of it.

Knowing that that that feeling was out there in the world made me feel less lonely. My ultimate goal as a writer is to do that. So, if I accomplish that for anyone, that would be wonderful.

A: I’m working on another novel about women’s lives, centered around a complicated friendship over a number of years. It’s still in the very early stages so I imagine it’ll change a lot as I keep working on it.

A: Thank you for the thoughtful questions! And thank you, readers, for reading my responses!